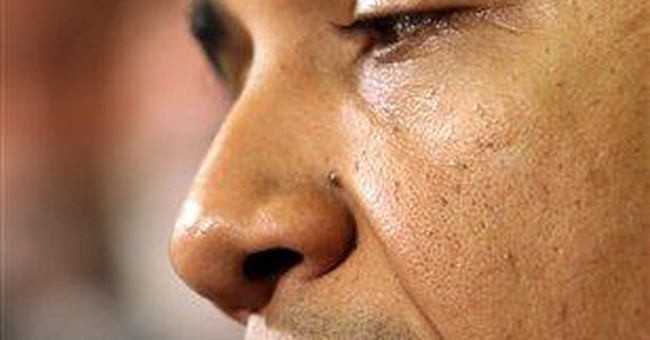 Our President has a habit of saying what he means when he doesn’t mean to say what he means. He started a firestorm in San Francisco when he spoke of Pennsylvanians clinging to their guns and bibles. He then made a casual comment to a gentleman in Ohio and Joe the Plumber became world famous. This week, while telling us about his plan to limit earmarks in Congressional bills, he once again did it by telling us his true feeling about public-versus-private entities.

While Mr. Obama was attempting to justify signing a bill loaded with an estimated 8,500 earmarks, he described the new process that would be put in place to slow down or eliminate earmarks in the future. First, he had to establish the necessity for limiting these expenditures which, with their sheer mention, conjure up pictures of governmental evil. Mr. Obama directed his disdain totally to the earmarks which flow to private industry.

Mr. Obama instructed us that when earmarks are directed to governmental entities, we need to worry. He stated, “When somebody is allocating money to those public entities, there’s some confidence that there’s going to be a public purpose. When they are given to private entities, you’ve got potential problems. You know, when you give it to public companies –public entities like fire departments, and if they are seeking taxpayer dollars, then I think all of us can feel some comfort that the state or municipality that’s benefiting is doing so because it’s going to trickle down and help the people in that community.”

That is quite an astounding statement on many levels. Considering Mr. Obama has spent a large portion of his political life in Chicago, he should be quite aware of the graft that goes on there. He must be aware the past two Governors were driven from office by graft. Blagojevich was not seeking money from a private entity, but to the contrary he wanted money to line his campaign coffers. Our President has been busy so perhaps he should be given a gift from the White House Gift Shop of the complete set of The Sopranos. The graft on government jobs displayed in these fictional shows exemplifies real life conditions. Mr. Obama’s Stimulus Bill hands the Detroit school system $355 million with no strings attached even though recent audits have shown millions of dollars missing.

No, Mr. Obama was defining his basic philosophy from his inner core – business is bad; government is good. Many people, including Mr. Obama, have tried to sway us toward picturing him as a capitalist using government to solve problems only where necessary. If you ever doubted that his answers to problems start and end with government, he made it clear last week. It is not possible that Mr. Obama naively believes these thoughts. These attitudes pervade his thoughts on all levels.

Coming from a man who spent virtually no time in private industry, this should not be a surprise. His only frame of reference originates from governmental action. Even though he may have suffered failed attempts while in government, he believes that all people working for government do it for altruistic reasons.

Also, Mr. Obama has thrown his support behind one of the great bogeymen of the Democrats. He stated that he believes in trickle-down economics. He just has his own twist. If you give the money to a big city mayor, the funds spent will trickle down to us ordinary folks. To clarify the picture, increased taxes allow greater government spending which will trickle down to us for more jobs. So he believes the money should be controlled from the top -- as long as he can control the top.

There are tremendous discussions coming forward as Mr. Obama attempts to reorient our society. After reading his comment above, can anyone doubt the direction he wants our nation’s healthcare policy to go? Can he really trust hospitals, healthcare professionals or drug companies to make credible decisions? Evidently, his comments to compliment private insurance with public options are only transitory.

Many people have attempted to characterize Mr. Obama a certain way, while he himself has attempted to be a political enigma. That was discernible during his campaign for the Presidency and continued with some initial moderate appointments. There now can be little doubt as to the direction of his core philosophy. He trusts government, but feels private industry needs to be watched because of its inherent flaws. That is reason for serious concern for all of us.