Is Our Economy Really That Bad? 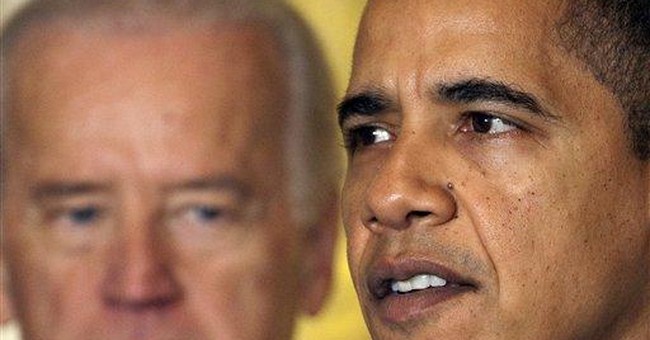 President Obama stated unless the Stimulus Bill is passed "Our nation will slip deeper into a crisis that, at some point, we may not be able to reverse." Ed Koch, the former Mayor of New York wrote "Yes, Virginia I call it a depression." Is all this true or it just a matter of perception?

Understand that if you have lost your job, you may not care what the unemployment rate stands at because you are 100% unemployed. Or if you lost your home through foreclosure knowing the economy may not be as bad as you think provides little solace. It is vital we keep a clear picture of reality otherwise we can create an unnecessary panic.

The problem with most of the people regarding the current economy comes from never having experienced a real recession. Since President Reagan, working with Paul Volcker, straightened out the economy in the early 1980's the downturns we have had were minor blips. The head economist for Moody's stated recently on Fox News Sunday that this economy was the worst he has seen in his 25 years of work. Of course, that was 1984 and the American economy was in full blossom. He, as many of you, has never seen really challenging times.

I remember vividly the deep recession we were in from 1980-1982. I left Los Angeles to go join my brothers in a thriving auto parts chain they had built in Reno, Nevada. In December of 1979, I became the Chief Financial Officer for Parts World. Everything seemed fine despite the high interest rates and high inflation. By the end of the first six months of 1980, our company was a basket case as our sales plummeted 35%. In an industry that you would think would survive a downturn as less people bought new cars and more fixed the old one, we still got slaughtered. We had to sell the chain to a friendly buyer with one of my brothers and me staying on to run it.

After another nine months there, I left to work as CFO for a construction company. They made pre-fabricated concrete products. The sales started to decline and I ended up doing the work of two people as the chief operating person was let go and his responsibilities were transferred to me. We watched as our customer base slowly dried up and manufacturing plummeted.

In 1983, I returned to Los Angeles having changed my expense structure and started a CPA practice. The economy started to turn around as the excessive inflation rates were wrung out of the economy and interest rates started to tumble from 18% rates. The 10.8% unemployment rate began to come down as people began to gain confidence in our economy with the help of a very positive President.

This era has its own distinct problems as inflation and interest rates do not present challenges. Bankers are acting just as stupid today about not providing loans as they were two years ago about giving anyone a loan who good be propped up like the guy in Weekend at Bernie's. This will pass and normalcy will come back to the market.

Let's focus on the positive. You would think the housing market was still a catastrophe. In some ways it continues to be. On the other hand, the inventory of homes available for sale has gone from 13.4 months at the end of 2007 to 5.6 months in December 2008. That could have occurred because people pulled their homes off the market. But add in the foreclosures happening regularly and the inventory numbers do not look so bad. In addition, the fact that it took on average 46.1 days to sell a home in December 2008 versus 66.7 days a year earlier and you can clearly see a turn-around in the market. Real buyers are soaking up the buying opportunities. This will lead to stepped-up demand more people being able to sell their homes, price stabilization, new housing permits and more construction.

Call me Pollyannaish, but I lived through times like this before. We will survive as long as our government does not do too many stupid things. I am confident this economy will bounce back soon. Unfortunately, some of our fellow Americans will suffer and be dislocated, but we will come through these times stronger, smarter, and better for it. Hopefully, the next upturn will be even longer than the 25 years we recently lived through. More importantly, if you have to work a few extra years because of the equity you have lost so be it, you still live in the greatest country on Earth and be thankful for it.