Bronson Stocking
|
Posted: Nov 17, 2019 12:01 AM
Share   Tweet
The opinions expressed by columnists are their own and do not necessarily represent the views of Townhall.com. 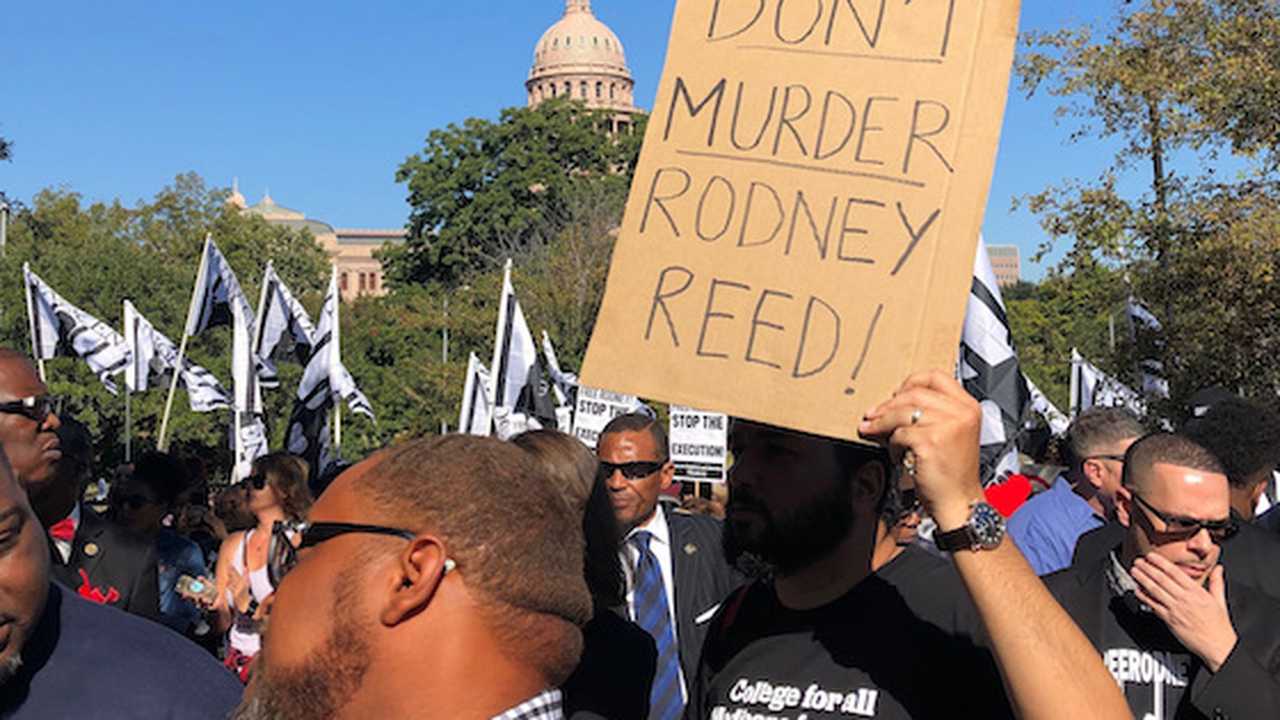 A Texas appeals court has delayed Rodney Reed's execution that was scheduled for Wednesday. Reed was convicted in 1998 of raping and murdering 19-year-old Stacey Stites.

Noted criminal pathologist Kim Kardashian and a host of other know-nothing celebrities have rallied together to proclaim Reed’s innocence and urge Texas Governor Gregg Abbott to stay Reed’s execution. The Innocence Project is representing Reed in his application for clemency with the Texas Board of Pardons and Paroles.

According to Supreme Court documents, Stacey Stites’s partially-nude body was found alongside a rural road in Bastrop, Texas, hours after she failed to show up for her early morning shift at the H-E-B grocery store. It was obvious that Stites had been raped, so investigators swabbed her body for DNA, which they found in her vagina, on her panties, and on her breast. The position of her panties indicated there had been little movement since the time of seminal deposit. The autopsy determined Stites had been sodomized and that she died by strangulation from her own belt. The foreign DNA was tested and determined to have come from a single source. Her truck had been abandoned at a local high school, and detectives noted the rearview mirror had last been adjusted to accommodate a person around 6’2” in height.

Detectives collected DNA samples from 25 potential suspects but to no avail. Then, six months after Stites’s murder, Rodney Reed attempted to rape and murder another 19-year-old woman in the same area in the same early morning hours. That woman managed to escape, call police, and pick Reed out of a lineup. Reed is 6’2” tall.

Because of the similarities between the two cases, detectives decided to compare Reed’s DNA with DNA recovered from Stites’s body. Reed had also been accused of raping a few other girls -- including a 12-year-old girl, an intellectually disabled teenager, and the mother of his two children -- so detectives had plenty of Reed’s DNA on file.

Confronted, Reed claimed he never met Stacey Stites. But his defense attorneys would later claim that Reed and Stites had a secret relationship nobody knew about and that’s how Reed’s semen ended up all over the dead girl's body on the side of the road. During the guilt-innocence phase of the trial, the jury wasn’t told about Reed’s previous crimes. They found Reed guilty based on the overwhelming evidence presented at trial.

With no good evidence pointing to Reed’s innocence, his supporters are now pulling out the race card. It’s not clear how Reed’s supporters ended up in possession of the race card after their black client murdered and allegedly raped a slew of white women. Nevertheless, Reed’s supporters complain that the jury in Reed’s trial were all white and they continue to produce new “witnesses,” who claim Jimmy Fennell, Stites’s fiancé and a local police officer at the time, was the real killer.

These “witnesses” are not credible for a variety of different reasons -- think Brett Kavanaugh accusers but less believable. Where were these so-called “witnesses” 20 years ago when there was a $50,000 reward out for information in the case?

What has muddied the waters in the Innocence Project’s favor is Fennell’s behavior following the rape and murder of his fiancé. Apparently, the rape and murder of his wife-to-be just days before his wedding had an effect upon the young man. As a police officer, Fennell pleaded guilty to improper sexual activity with a drunk woman in his custody in 2007. The Innocence Project argues that Fennell’s sexual misconduct more than a decade after his fiance's murder makes him a likely suspect in her death. But if Fennell’s sexual misconduct 11 years after his fiance’s rape and murder makes him a likely suspect, what does Reed’s string of violent rapes and crimes during the time of Stites’s death make him?

A couple of weeks ago, a new witness came forward, identifying himself as a former member of the Aryan Nations. The new witness claims that Fennell had approached the gang leader in prison to ask the Aryan Nations for protection. The new witness claims that Fennell told him he had killed his fiance because she had been sleeping with a black man. But according to the witnesses's own affidavit, the witness only reported Fennell's confession after Fennell accused the gang member of extortion and caused the witness to be transferred to a prison known for housing gang members. The witness says "everything came together" only years later when he read an article about the case in a county jail.

Stites's mother and sister stand beside Jimmy Fennell. They know how hard it’s been for him. Fennell placed a ring on his dead fiance's finger shortly before her family buried Stacey in her wedding dress. Stites’s family says Stacey was obsessed about her upcoming wedding to Fennell, and she was working the early morning shift at the grocery store to help pay for the ceremony.

Rodney Reed was acquitted in a 1991 case for beating and raping another 19-year-old girl. Similarly, Reed denied ever knowing the girl until he was confronted with a search warrant for biological samples. Then, Reed used his signature defense, claiming he did, in fact, have sex with the victim but argued it was consensual.

Reed’s case has been adjudicated for decades. The family of Stacey Stites should be allowed to finally put this ugly chapter behind them and go back to living their lives. And Kim Kardashian should go back to reality television.