The Greatest President in American History Is…?

Brion McClanahan
|
Posted: Feb 13, 2016 12:01 AM
Share   Tweet
The opinions expressed by columnists are their own and do not necessarily represent the views of Townhall.com. 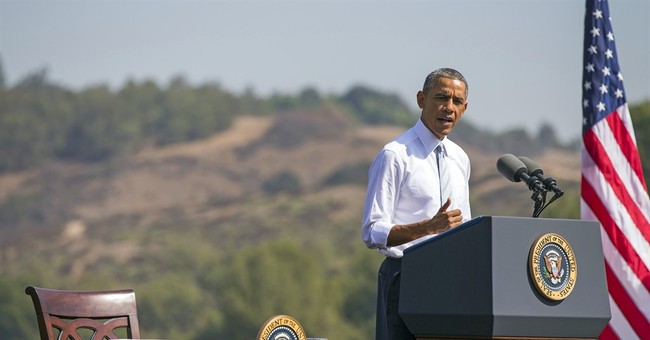 It sure ain’t Franklin Roosevelt.

And unfortunately it ain’t Washington.

But it is another Virginian.

The greatest president in American history according to the original Constitution is…John Tyler.

If we were to measure executive success by how the president defended his oath to “preserve, protect, and defend the Constitution,” Tyler, along with a host of other “weak” and bottom-dwelling presidents in most historical rankings would be in the top ten.

We have plenty of examples of presidents abusing power—more than we should comfortably admit—but it is hard to find a president who independently used executive power the way the framers and ratifiers of the Constitution intended.

When the Constitution was presented to the states for ratification in 1787 and 1788, a proponent of the document swore that the president would be unable to abuse power because his role was limited by the document itself. Alexander Hamilton famously wrote in Federalist No. 69 that the president’s powers would be limited and checked by Congress, and that he would not have power to make “rules concerning the commerce or currency of the nation.”

James Madison went one step further. He argued that the president did not have the authority to “execute such other powers ‘not legislative nor judiciary in their nature’ as may from time to time be delegated by the national legislature.” Reality check for Mr. or Mrs. Modern American. The president is not the “chief legislator” and cannot “solve” America’s problems. He can exacerbate them through executive usurpation of power, but it is not his job to save education, the environment, or healthcare in America.

Which brings us to John Tyler.

Tyler was the first president to assume office after the death of a president. William Henry Harrison forgot his overcoat and hat in 1841 during a cold and wet inauguration where he gave the longest inaugural address in the history of the United States. He died one month later, presumably from pneumonia but also perhaps from the effects of intestinal distress.

Enter John Tyler, a man who would later be labeled “His Accidency” by his own party.

Tyler cut his political teeth at Thomas Jefferson’s supper table. He was reared in the “strict construction” tradition, something we now call “originalism,” and he believed that the president had limited delegated powers, and that he should use those powers as a check on unconstitutional government. That was defending his oath of office.

Both the Whig Party and the Congress at the time were dominated by Henry Clay, a tall, lanky, crude, and slick politician from Kentucky. Abraham Lincoln considered Clay to be his political mentor. Good company.

Clay championed a legislative program known as the “American System,” a series of laws designed to centralize the American economy through higher taxes, a central bank, and more government spending. There was one problem. It was all unconstitutional.

Tyler’s cabinet informed him that the arrangement they had with Harrison should stick. They would run the show while Tyler would serve as a rubber stamp. Tyler responded that he would do his duty to defend his oath and if they didn’t like it, they could resign. All eventually would.

Clay began sending unconstitutional bill after unconstitutional bill to Tyler’s desk, all of which met Tyler’s veto pen. Clay was infuriated. This was not supposed to happen with a man from his own party as president. He stormed into Tyler’s office and demanded that the president back down. Tyler heroically responded that he would do his job the way the Constitution intended and that Clay should head back down the hill and do the job he was supposed to do. The two never spoke again.

Tyler’s actions so enraged both Clay and his political sycophants, that they convened a meeting on the steps of the Capitol and publicly expelled John Tyler from the Whig Party. Tyler didn’t care. He renamed his plantation Sherwood Forest and reveled in the conflict.

Clay, however, wasn’t finished. At a supper party shortly thereafter, he orchestrated the resignations of Tyler’s entire cabinet, save Daniel Webster, who wasn’t buying what Clay was selling. The idea was to force Tyler to resign. It didn’t work. Tyler gladly accepted their resignations and went about his business defending his oath.

In one of Tyler’s veto messages, he wrote that the president “must either exert the negative power [veto] entrusted to him by the Constitution chiefly for its own preservation, protection, and defense or commit an act of gross moral turpitude. Mere regard to the will of a majority must not in a constitutional republic like ours control this sacred and solemn duty of a sworn officer.”

In one sentence Tyler affirmed it was his duty to protect the original Constitution even against the will of the majority and perhaps at the cost of his own reputation. How refreshing.

Tyler was not a weak or spineless “do-nothing” president. He showed a manly resolve to defend his oath and an independence that is often lost in Washington today. Tyler would not be lassoed by his own party, particularly when that party was violating the Constitution.

The 2016 election is nearly upon us. If we want an example of the ideal president, we should look no further than John Tyler. Keep him in mind when you cast your vote.

There are many presidents who “screwed up America”—I provide several in my new book 9 Presidents Who Screwed Up America—but few who tried to “save her.”

John Tyler, the greatest president in American history, was one of the few. We should take notice.