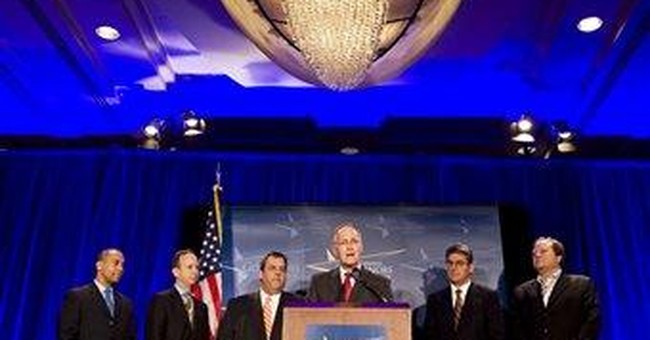 As disgruntled voters enter the fall election, incumbent Rush Holt is going to have difficulty hanging on to New Jersey’s 12th Congressional District in November. Voters continue to show disappointment with Holt after he’s repeatedly positioned himself in Speaker Pelosi’s corner 98.5 percent of the time, rather than standing with New Jersey voters who want jobs, fiscal discipline, a balanced budget and lower taxes. And while Holt’s misguided policies have helped lead to government growth, New Jersey middle-class families are struggling with a 9.5 percent unemployment rate.

New Jersey’s 12th Congressional District spans across the state from the Delaware River to the Atlantic Ocean. The district boasts some of the best rated small towns on the East Coast: Monmouth, Marlboro and Manalapan. Also included in the district is the prestigious Princeton University. Holt, a six term incumbent, has held on to the seat in this moderately Democratic district since 1998, but with public dissatisfaction mounting and Governor Christie’s impressive eight point win in this district, it appears Holt’s reign may come to an end this fall.

Challenging Holt in November is business owner Scott Sipprelle, who after a highly successful career as a senior executive in the financial services industry and as a Managing Director at Morgan Stanley, founded Westland Ventures, a Princeton, New Jersey based investment firm that provides growth capital for entrepreneurial emerging companies. Westland Ventures employs over 50 people and has provided more than $200 million in loans to support local businesses.  In addition to his work in the private sector, Scott Sipprelle and his wife run the Sipprelle Charitable Corporation, which provides funding to area projects and charities.

If elected to Congress, Sipprelle would bring common-sense business experience and fiscal responsibility to Washington. And in a time of high unemployment, his pro-job agenda is just what New Jersey’s economy needs to get back on track and to get middle-class families working again. As testament to voters’ dissatisfaction with Holt and the out-of-touch Democrat majority, Sipprelle has raised an impressive $829,059 and boasts $489,785 cash-on-hand.

New Jersey voters deserve a Representative like Sipprelle who will look after their best interests rather than the interests of partisan leaders in Washington. To learn more about New Jersey’s next congressman, Scott Sipprelle, please check out his website, view his Facebook page, follow him on Twitter, or watch his YouTube channel.