2010 Race of the Day: Seeing Red in Rainy Northwest 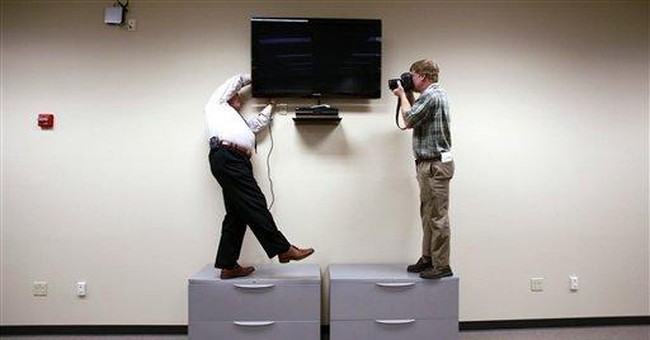 At first glance, Washington’s Second Congressional District might seem like an unlikely target for Republicans. After all, the Pacific Northwest is not often considered friendly territory and incumbent Democrat Rick Larsen has cruised to re-election the last several cycles. Though Larsen has held this seat for ten years, the Second District is actually a classic swing district that nearly went Republican in the 2004 presidential election. And don’t forget that Washington saw one of the most drastic swings in the country during the 1994 Republican wave, when voters ousted Democrat House Speaker Tom Foley.

Republican Congressman Jack Metcalf held the Second District seat for three terms before retiring in 2000, when Larsen won an extremely competitive open seat race over Republican State Representative and dairy farmer John Koster. Now, after winning a seat on the Snohomish County Council, Koster is back and running a remarkably strong campaign against a Democrat who hasn’t had to defend his record to voters in several years.

Unlike the former lobbyist Larsen, Koster has real-world experience running a business. He grew up working on his family’s dairy farm in northern Snohomish County and eventually took it over himself, owning and operating the business for 23 years. Koster expresses a firm belief in the American Dream and has carried an appreciation for hard work with him throughout his career.

Koster pivoted from the dairy farm business into politics when he ran and served for three terms in the Washington State House of Representatives.  He earned a reputation as a fiscal watchdog and founded the Conservative Caucus, a group of legislators dedicated to growing the economy through lowering taxes and cutting spending. After his time in the State House, Koster returned to public service with his election to the Snohomish County Council, which he chaired in 2004. Koster is currently the only Republican holding a seat on the Council.

Larsen cut a moderate profile during his first campaign in 2000, attempting to walk down the middle of the road in this politically diverse district. Since then, however, he has embraced the Democrats’ agenda in Washington, D.C., consistently supporting bailouts, government takeovers, tax hikes, and spending sprees. While Larsen often acts like an entrenched incumbent who need not fear the political consequences of his actions, his “politicians-know-best” attitude has gone a long way toward alienating independent voters who have previously backed him. By unapologetically supporting Nancy Pelosi’s agenda nearly 99 percent of the time, Larsen has effectively worn out his welcome in Northwest Washington.

Thanks to Washington’s unique primary election system, Koster has already beaten Larsen once. Koster took 49 percent to Larsen’s 46 percent in the 2000 all-party primary before Larsen edged Koster out 50-46 in the general election. Early signals show that Koster holds the early momentum. Polls show Koster within striking distance, and his impressive fundraising efforts have earned him a spot as a ‘Contender,’ the second level of the NRCC’s three-tiered Young Guns candidate recruitment and development program.

The Second District is cut from the northwest corner of Washington, with the vast majority of its area made up by Snohomish County north of Seattle, the agriculture-heavy Skagit County to the north of that, and Whatcom County along the Canadian border. Aside from agriculture, the district also contains several military installations and a major Boeing manufacturing plant. The Cook Partisan Voting Index rates the district as a marginal D +3.

Without a doubt, John Koster is a strong Republican candidate who can turn the Second District red once again and restore fiscal sanity to Congress. Be sure to check out his website at www.kosterforcongress.com, follow him on Facebook, and help John send Rick Larsen back to his career as a lobbyist on Election Day.