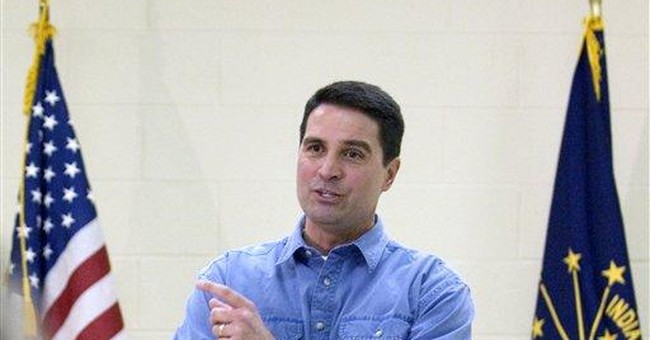 The February announcement of Democrat Representative Brad Ellsworth’s run for the US Senate rather than re-election to his Southwest Indiana Congressional seat created a top opportunity for Republicans to capture this conservative district in 2010.

In 2006, Ellsworth wrestled Indiana’s 8th district from Republican John Hostettler and heavily outspent his opponent in 2008 to secure victory.  Now, as an open seat, the election battle will be fought between Democrat State Representative Trent Van Haaften and Republican Dr. Larry Bucshon.

Comprised of 17 counties and sharing state borders with Illinois and Kentucky, IN-08 relies heavily on the manufacturing industry to support its economy.  The major cities in this R+8 district, which starts about 25 miles West/Southwest of Indianapolis are Evansville, Terre Haute, Washington and Vincennes.  Underscoring the substantial opportunity that Republicans have in reclaiming this district in November, the district was won by John McCain in 2008, while President Bush defeated Al Gore and John Kerry with 56% and 62%, respectively.

Democrat Trent Van Haaften is yet another career politician seeking to pick up where Ellsworth left off in supporting Nancy Pelosi’s liberal agenda.  Over the course of his career in the Indiana State House of Representatives, Van Haaften has demonstrated that he is just as reckless as those in the ranks of Washington liberals he hopes to join.  He’s voted for pay raises for legislators and approved state budgets with huge deficits that cut into reserves, all the while demonstrating his propensity to spare his fellow Hoosiers of the tax relief they deserve.

On our side of the aisle, Dr. Larry Bucshon is an exceptional candidate for Congress.  As a thoracic surgeon, former small business owner and retired military officer, Larry is uniquely suited to represent the people of IN-08 during these tough times.  He is ready to go to Washington to fight for fiscal responsibility, personal liberty, government transparency and the right to life.  Larry stood in opposition to the Democrat’s government takeover of healthcare and supports the repeal of Obamacare.

Over the past several weeks, Chris Cillizza of The Washington Post has consistently ranked IN-08 as one of his top seats projected to switch parties this November.  Democrats have quietly expressed concerns over whether or not Van Haaften can win and Republicans have a strong, committed candidate in Larry Bucshon.  The constituents of Indiana’s 8th Congressional are ready to be represented someone who shares their conservative values and will fight for their best interests, and Larry is just the candidate.