It’s Time, Finally, for the Postal Service to Figure Out What Its Products Cost to Deliver

Brian McNicoll
|
Posted: May 16, 2019 10:45 AM
Share   Tweet
The opinions expressed by columnists are their own and do not necessarily represent the views of Townhall.com. 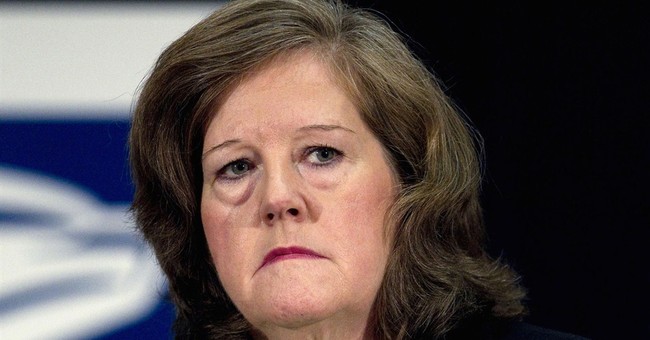 Postmaster General Megan Brennan told reporters last Friday things are getting worse for the U.S. Postal Service and she sees no end in sight to the red ink.

When asked how long it would take for the Postal Service to return to profitability if Congress passed legislation that included her proposals for stabilizing its financing, Brennan responded, “Well, it’s a sizable gap – a $125 billion net loss over 10 years. We can aggressively manage it and try to control costs where we can, but we cannot return to financial stability absent regulatory reform.”

Brennan said the Postal Service is working to finalize by July a 10-year plan to “identify initiatives necessary to operate long-term financially sustainable models” for the Postal Service. So far, she is long on urgency but short on actionable ideas.

The core of Brennan’s proposal is to fully integrate all Postal Service employees into Parts A, B and D of Medicare. The House and Senate had separate bills in the last Congress, and both took this approach.

But Medicare is not in such good shape itself – on its present course, it will not be able to fully fund promised benefits beyond 2026. Moreover, such a move could cost Medicare recipients another $1,600 per year in premiums, and Richard Thissen, president of the National Active and Retired Federal Employees Association, has warned against attempts to “balance the books of the United States Postal Service on the backs of federal retirees.”

Through this plan Postal Service management aims to abolish the requirement enacted during the last round of postal reform in 2005 that it pre-fund its retiree health and benefits funds. Only, the Postal Service hasn’t made a payment into its health benefits fund since 2011, and last year failed, for the first time, to make legally mandated payments to its retirement funds and would not be profitable even if its employees were off-loaded onto Medicare.

In a recent hearing, Rep. Jim Jordan declared the plan fails to solve the fundamental challenges and that, for the sake of American taxpayers, “We can’t afford to keep moving money from one financially failing program into another.”

The notion that handling packages will save the day also has been discredited. First, the Postal Service lost $3.9 billion in 2018 and is projected to lose nearly $6 billion this year, and the package sector is among its least profitable. Moreover, parcel volume was growing at an annual rate of 13.7 percent as recently as 2016, but it grew just 6.8 percent in 2018 and has had a quarter of 5.4 percent growth in fiscal 2019.

What can be done? A wide array of industry and policy analysts who review the situation – from the National Taxpayers Union to the Lexington Institute to President Trump’s Task Force on the future of the Postal Service – have said much of the problem arises from how the Postal Service assesses its costs.

The Postal Service has lines of business that are protected by monopolies – only the Postal Service can deliver First-Class Mail or put anything in a private mailbox. It seems to be using profits from those to underwrite the expenses of its competitive lines, such as package delivery.

Paul Steidler of the Lexington Institute says the “attributable cost” methodologies are old and need to be replaced, that the Postal Service should redefine its universal service obligation – its minimum level of service provided at a reasonable price – to take into account the rise in digital correspondence for bill paying and other matters.

The President’s Task Force said the Postal Service should find ways to further monetize its delivery network and get a better read on what it costs to deliver the services it provides.

Brennan spoke at the hearing about the difficulties in getting Congress to truly go bold on this. But to her, going bold means delivering mail one fewer day per week and continuing to resist the per-product cost analysis others agree is necessary to inform pricing decisions, identify growth possibilities and identifying products to eliminate.

Labor costs are another place where the Postal Service could save – USPS averages $85,000 per employee, compared to $76,200 for UPS and $53,900 for non-union Fed-Ex. But Chairman Elijah Cummings, D-Md., of the House Oversight and Reform Committee began the hearing by praising postal unions for their cooperation with cost-cutting measures, so that seems an unlikely place to look as well.

Brennan is warning a crisis is ahead, and she’s right. We could be no more than two years from a bailout. But those who say the cost models are wrong also seem to have a point. Perhaps it is time to address that first and foremost.