The President's Lawyer Needs to Take America's Side in Sokolow Case

Brian McNicoll
|
Posted: Mar 08, 2018 12:01 AM
Share   Tweet
The opinions expressed by columnists are their own and do not necessarily represent the views of Townhall.com. 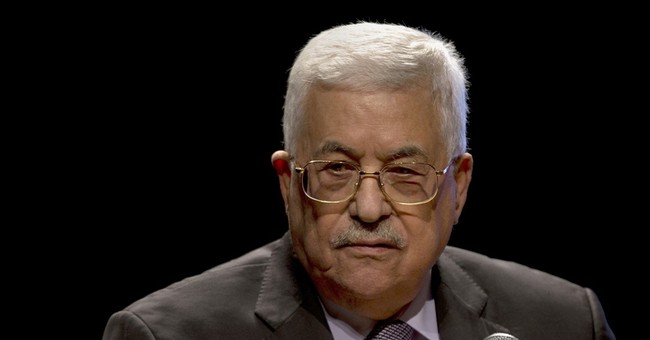 On one level, it’s a classic only-in-Washington-is-this-important story: Three of the top officials of the Justice Department – Attorney General Jeff Sessions, Deputy Attorney General Rod Rosenstein and Solicitor General Noel Francisco – had dinner together at a top Washington restaurant almost across the street from the Trump International Hotel in D.C. last week.

Hours earlier, President Trump had ripped Sessions, as he has several times before, for the attorney general’s failure to pursue prosecutions against Democrats’ and Obama administration officials’ abuse of the Foreign Intelligence Surveillance Act to get approval to spy on Trump and his campaign.

The dinner was taken by Washington watchers as a signal Sessions, Rosenstein and Francisco were aligned together and against the president. This likely did not come as big news seven blocks down the street at the White House.

Sessions has aggravated the president and most of his own party with his inability or unwillingness to organize investigations into FISAgate, Hillary Clinton’s email server, the Awans – the IT professionals who purloined House of Representatives files while working for numerous Democratic members – and other matters. Rosenstein already had sided against Trump by writing a memo saying the FBI had been too tough on Clinton and by appointing the special counsel, Robert Mueller.

Francisco, who as solicitor general is supposed to advocate for the administration before the courts, also has looked for opportunities to demonstrate an independent streak. And one case now before the courts, the president needs to step in.

In the case of Mark Sokolow et. al., v. Palestine Liberation Organization, et. al., Sokolow, who was injured in a terrorist attack in Israel in 2002, sued along with other defendants under the Anti-Terrorism Act of 1992.

That law, written after PLO terrorists escaped civil liability in American courts in connecting with the downing of Pan Am Flight 103 over Lockerbie, Scotland, and commandeering the cruise ship Achille Lauro and throwing Leon Klinghoffer, an elderly wheelchair-bound American, into the ocean, entitled Americans to sue terrorist organizations and win damages in U.S. courts.

This was precisely the kind of case the law had in mind. The Palestinian Liberation Organization and Palestinian Authority could be clearly and easily linked to the attack – six shootings in the Jerusalem area in 2002-2004 that left 33 dead, both organizations had extensive holdings and regular dealings in the United States and it avoided pitfalls of other cases brought under the law by targeting the organizations that could be proven directly responsible for the attacks.

The victims prevailed at the district court level in 2015 and were awarded $218.5 million, which was tripled automatically to $655.5 under the Anti-Terrorism Act. But in 2016, a U.S. Appeals Court threw out the verdict saying the district court did not have jurisdiction over the PLO or PA under the Constitution’s due process clause.

“This is a Palestinian victory that should not be underestimated, and it is a big blow to anyone who attempts to blackmail us,” sneered Palestinian Finance Minster Shukri Bishara.

The Supreme Court indicated it would look at the case if the administration decided it had been wrongly decided. It perhaps expected Trump, who has been called the most pro-Israel president in a generation, to request a review. But Francisco, who represents the executive branch before the court, submitted a brief that essentially said the PLO and PA could not be sued because they are not sovereign countries.

But the entire point of the Anti-Terrorism Act was to be able to hold terrorist organizations, such as the PLO and PA, liable for attacks on U.S. citizens in U.S. courts, regardless of where the attacks occurred. As such, Congress could not possibly have meant for the law not to allow the PLO and PA to be sued in U.S. courts.

We can be assured of this because Congress itself has weighed in again. Bipartisan amicus briefs supporting the American families who sued were submitted by a significant number of members of Congress.

The Palestinians, as the comment above indicates, realize they dodged a bullet – and an expensive one at that – because of the court ruling. Both the PLO and PA have assets in the United States that could be seized to pay at least some of the settlement, and the organizations – notoriously underfinanced – would be seriously hurt by a huge settlement.

Doesn’t it seem like the administration of the most pro-Israel president in a generation might be interested in winning justice for Americans injured or killed by terrorists? Doesn’t it seem like all three men at that dinner in Washington seem confused over who their boss is and what it means to carry out his priorities?

If so, it’s time for the president to straighten them out, and the solicitor general to get on the side of Americans and against the side of terrorists.