If Trump Loses, Maybe He Can Help the Postal Service Make Better Deals

Brian McNicoll
|
Posted: Apr 08, 2016 12:01 AM
Share   Tweet
The opinions expressed by columnists are their own and do not necessarily represent the views of Townhall.com. 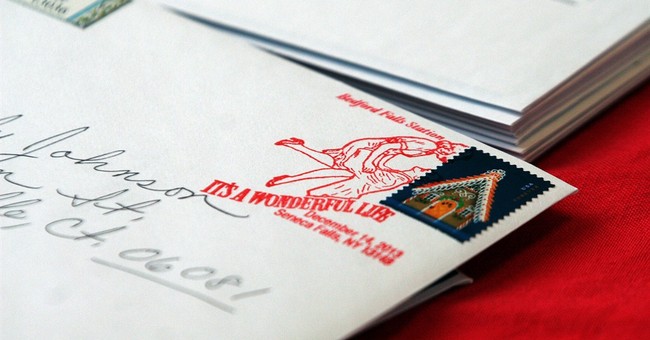 From a public policy standpoint, most people know two things about the precarious financial situation of the Postal Service: The payments it is required to make to prefund benefits are hurting the bottom line, and it operates with no tax dollars.

The first is true only if one discounts the fact the Postal Service hasn’t actually made any of those payments since 2011 and would have lost nearly $30 billion in the last eight years without them.

And the second is true only if you ignore the $15 billion line of credit from the U.S. Treasury it has plowed through, the certainty that any shortfall in its ability to pay salaries or benefits will be covered by taxpayers and the enormous tax benefits it receives – exemption from all state and local taxes, including property taxes, licensing fees, vehicle registration fees, etc.

What truly does undermine the Postal Service is its business decisions. It buys vehicles with a 25-year time horizon. It enters businesses, such as grocery and fish delivery, for which it is particularly ill-equipped. And it extends discounts that end up costing it money.

The Postal Service also loses money on a variety of other deals it makes. For instance, it gives what it calls workshare discounts if high-volume mailers do some of the work – such as sorting the mail by ZIP codes – to make the process more efficient. USPS offers workshare discounts for letters, flats, parcels, carrier route, high density, and saturation letters.

In the category of First-Class Presorted Letters and Cards, there were seven subcategories in 2015 where workshare discounts were offered. Of the seven, the Postal Service spent more to provide the discount than it got back in avoided costs. In most categories, costs were 110 percent-115 percent of what they would have been with no special deal for big mailers. But one was more than 139 percent.

The two that didn’t lose money made too much. The idea is to have the costs roughly align so as to encourage market efficiency. But one of the two categories that turned a profit reduced costs to 69 percent of what they would have been with no deal and another to just 32 percent.

The Flats category, which includes catalogues, provided a similar story. After its 2014 assessment found both service and costs for flats in need of immediate improvement, the Postal Rate Commission told the Postal Service in this report that its performance had gotten worse on both fronts.

In 2008, the Postal Service was able to cover 94 percent of its costs for shipping Standard Mail Flats. The next year, it was 82 percent. In 2015, it was 80. It blamed the decrease, in part, on increased volume. In other words, like Amtrak, the more customers it attracts for this service, the more money it loses.

The U.S. Postal Service, which moves 40 percent of the world’s mail, offers sweetheart deals to other countries on letters and packages shipped into the country through the Universal Postal Union. The idea is to help postal services in other countries bolster their operations.

The Postal Rate Commission said those deals are a little too sweet and ordered the Postal Service to “develop a more compensatory  … dues formula for the next rate cycle and pursue bilateral agreements with foreign postal operators that result in an improved financial position  for the Postal Service.”

And it loses on little services it extends as well. Its international money transfer service is in the red both in terms of sending money and receiving it. Some of its parcel return contracts lose money.

A lot goes into losing $5.1 billion, as the Postal Service did last year. There are some major cost drivers, such as the vehicle purchase and, indeed, the cost of prefunding benefits so taxpayers are not on the hook for them if the Postal Service’s finances collapse, as they have come close to doing in the past.

But a lot of it has to do with simple business decisions the Postal Service makes. How can it lose money on a parcel return contract? How can it not be able to identify those costs and have them reflected in what it pays for the service?

If having customers presort the mail they send actually costs money, why do we do it? Can this be fixed?

This is not an argument for privatizing the Postal Service. Americans need a guarantee – and their Constitution and federal laws provide them one – that their mail will arrive in a reasonable period of time wherever they live.

This is an argument for sticking to that vital mission and avoiding playing corporate games it simply isn’t very good at playing.