Will Cable Industry Shut Down Innovation on the Internet? 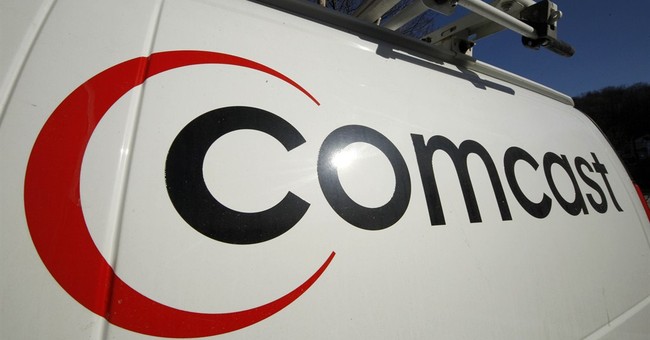 Remember those first few years after Al Gore invented the Internet when it was like American was young again? All these businesses starting up. All these products being created for which no demand had even been fathomed. All these new things we could do and buy and see and sell because of this fabulous wide-open technology.

Other than a few outliers, such as Uber and the so-called Internet of Things, the startups have slowed. Industries, such as cable and television, have reshaped themselves to take advantage of the new technology. And they view their investments as too large to be left to the vicissitudes of the market.

So they shimmy themselves under the regulatory umbrella and try to enlist the Washington bureaucracy to help them lock in their technological and competitive advantages. That this slows the advance of technology or foregoes innovation that might benefit them matters not. All that matters is preserving profits on present products.

It’s happening again with something called LTE-U. The U stands for unlicensed because the product uses unlicensed radio spectrum to expand Wi-Fi capabilities. Wireless companies and some cable and other providers traditionally operate on licensed spectrum bought at auction from the federal government. When those bands become crowded, traffic moves to these unlicensed bands and service continues. It is why many consumers automatically connect their phones to their home or office Wi-Fi network. So why can’t the wireless firms offer a technology that also uses the unlicensed airwaves associated with Wi-Fi?

Big Cable – now financed in this effort by Google and Comcast – claim the product is not market ready and could disrupt existing services. Cable providers claim it doesn’t “listen first” for other signals, such as those from Wi-Fi, before it begins to transmit, which could mean if a Wi-Fi signal was launched shortly before a transmission over LTE-U, the LTE-U signal could bump it off the spectrum. This possibility is deemed far worse than getting bumped off or slowed down by heavy traffic on the licensed spectrum.

Qualcomm, which has a foot in both worlds – it serves as both a wireless company and a phone and cable provider – says it has tested the product and found it would not interfere with Wi-Fi signals.

Other engineers who have tested it say it won’t hurt Wi-Fi and that, indeed, it would not be in the interest of LTE-U purveyors to interrupt Wi-Fi service. What it will do is reduce the stress on crowded wireless networks and enable faster service for all.

The real reason Google and Comcast want to stop LTE-U has little to do with potential damage to Wi-Fi transmissions. It wants to thwart the group of LTE-U producers to protect its own investments in unlicensed products.

When Google, which has become as powerful a lobby as any in Washington, teams up with Comcast, another firm that has and needs – given past problems with customers and communities – a large Washington lobbying contingent, you have to wonder if something besides the public interest may be at stake.

In this case, Holman Jenkins of the Wall Street Journal says the government is “testing new excuses to meddle” in the market and that regulators act as if they still operate in a “dial-up world.” The Examiner calls it “monopolistic cronyism at its worst.” The Street, an investment publication, says Google has gone from an innovator to a Washington insider” in this fight.

And that ought to frighten those of us who have come to rely on the ever-expanding array of wireless products. The wide-open nature of the earlier days of the Internet begat tremendous innovation, jobs and wealth and set in motion a reordering of societies the world over. A social site for college students has now become the most trafficked site in the world with nearly 1 billion customers. Online purchases now account for nearly half of the packages imported into America.

This is how such industries go stale and cease to innovate. Government protects their turf, so they don’t have to come up with new products or solutions. They identify and mark the gateways, then get government not to allow others in. Soon, they lose not only the urgency but the will to grow. They become risk-averse, and their product offerings reflect it.

This is a technical issue, but it provides, in stark relief, a look behind the curtains at what happens when big industries feel threatened by upstarts. We tell ourselves we want to live in a society that favors the little guy with the fresh idea. The FCC has an opportunity to prove it wants us to live in that kind of society as well. All it has to do it stay on the sidelines. Let’s hope it takes advantage.