Will Trump Stop Washington from Kicking the Can Down the Road?

Brian Garst
|
Posted: Oct 31, 2017 10:15 AM
Share   Tweet
The opinions expressed by columnists are their own and do not necessarily represent the views of Townhall.com. 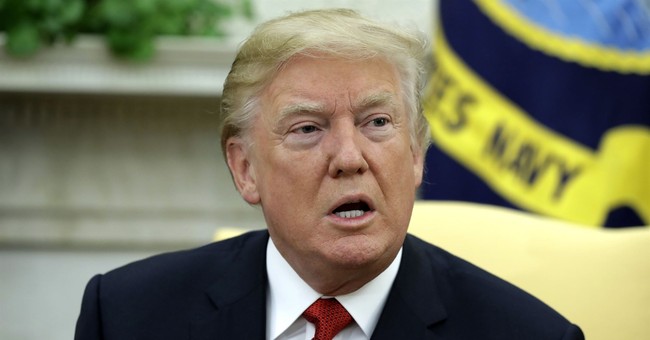 For years, both Republicans and Democrats alike have played "day of reckoning" politics with America's fiscal and monetary policy.

Racking up over $20 trillion in debt—$13.7 trillion of which came under just the past two administrations alone—artificially inflated economic data like the GDP and the official employment rate, the costs of government meddling can only remain hidden for so long.

Thanks to the reckless spending and money printing policies of the past decade, we now have a federal bill that will be very difficult to pay off, a Social Security system that is projected to go insolvent in just 15 years, and asset bubbles that may soon pop and bring about another recession.

For too long politicians promised endless taxpayer financed gifts in exchange for votes by mortgaging the future. The longer we wait to alter course the more difficult it will be to turn things around.

Consider a pair of upcoming decisions that could have significant impact on our fiscal future.

On Wednesday, the long-awaited 2017 tax reform bill is scheduled to be released. Most free marketers are pleased with the overarching framework, which called for simpler individual brackets with lower rates and a significant cut to the uncompetitive corporate tax.

The question that remains to be answered: will budget revenue losses predicted by Washington’s overly simplistic accounting models (which fail to consider the full economic benefit of tax code changes) be "offset" with counter-productive “pay-fors”?

Two such revenue raisers being discussed are the resurrection of former Rep. Dave Camp's (R-Mich.) advertising tax idea, and increasing the immediate taxation of income stored in 401(k) plans. Without more detail it is unclear how much the 401(k) alterations would generate, but past estimates have predicted the ad tax would account for $169 billion over ten years.

But what will be the long-run economic effects for our children and grandchildren?

On the deficit-hawk side of things, future generations are left footing the bill. Taxing more income in 401(k)s today simply means there will be less taxable income in the future when savings are withdrawn. All it does is shift the revenue collection point forward. And per the Camp plan, the 50-percent of advertising spending that Washington takes would have to be dispersed back to the advertisers after 10 years after the budget window closes. So, Republicans will thus be trading in pro-growth solutions for a budget gimmick that will harm our nation's youth, all just to get a better-looking CBO score.

From the supply-side point of view, such revenue raisers represent a myopic thought process. Even though tax reform will spur growth, it would potentially require either a revenue raiser that makes saving less affordable or one that singles out advertising compared to other business expenses (and thus undermining the goal of making the tax code less complicated) and discourages something once estimated to stimulate 16-percent of U.S. economic activity.

The bottom line is that no matter where one falls on the limited government spectrum, these revenue raisers should be considered harmful from a long-run standpoint and clearly pale in comparison to the obvious alternative of reining in out-of-control spending.

Monetary Policy: Nominate A Hawk to the Federal Reserve

Thursday, the president will nominate a new chair of the Federal Reserve.

Reportedly, he has already narrowed the decision down to two - Jerome Powell, a current member of the Fed Board of Governors, and John Taylor, a Stanford University professor, and might be favoring the former. Last week, he allegedly went so far as to ask the Republican Senators for a show of hands roll-call vote on who they would prefer.

Nominating a Fed chair is one of the hardest decisions a president has to make, but it is also one of the most important for economic health because the Fed chair operates independently and wields significant power over the economy.

If the choice is truly between Powell and Taylor, then Trump's decision should be a no-brainer.

Powell represents a continuation of the status quo. The active Fed with its misguided stimulus and low-interest rate policies that Powell has encouraged have greatly incentivized unnatural spending habits and the creation of debt – bringing stock market rallies, but future economic headaches and currency devaluations along with them.

Taylor, on the other hand, has criticized the Fed and its counterproductive stimulus efforts and rightly considers bad monetary policy to be partly responsible for the 2008 financial crisis. It is time to start thinking about our future and stabilize the business cycle. That will begin with a more laissez-faire monetary policy.

This may turn out to be the most important week of decision-making that President Trump will ever have as President. And unlike one of his so-called reality shows, there are no second takes. For all our sakes, let’s hope he is up to the task.