Brian Darling
|
Posted: Jan 12, 2021 12:01 AM
Share   Tweet
The opinions expressed by columnists are their own and do not necessarily represent the views of Townhall.com. 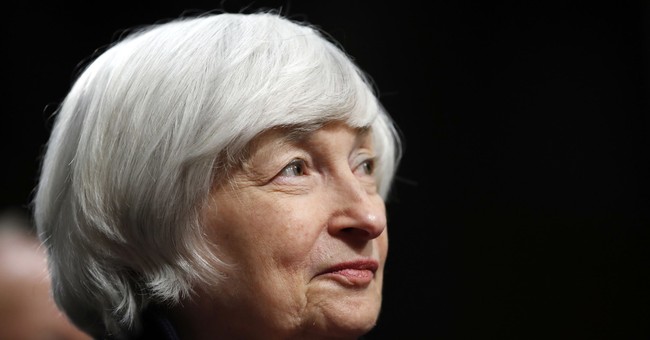 Few Americans fully realize the broad reach the Department of the Treasury uses to monitor international banking transactions. What’s even more opaque is how federal authorities also capture private information that is often disclosed to foreign governments, ones that do not have the same respect for privacy rights as we do in the U.S.

Imagine the temptation for those strongarm leaders who are given the data. They can use that information to execute domestic goals that have zero to do with stopping illegal financial transactions but instead intimidate, even bankrupt businesses and advocacy groups that differ with that government’s agenda.

If crafting a foreign policy with public integrity, or law enforcement with accountability, are high priorities for the incoming Biden administration, then they might start with reining in the roughshod way that federal agencies have trampled on financial privacy -- particularly during the Obama administration. Financial crimes must be dealt with, of course, but properly. Many foreign governments are using the pretext of stopping crime to exert crushing leverage on their political opponents – and they are counting on the American government to hand them the digital ammunition.

Not all governments have strong privacy protections to prevent identity theft and industrial espionage. David Burton of The Heritage Foundation explained in a paper in 2015 the principles of proper intergovernmental information exchange as including the idea that “information sharing for law enforcement purposes should be limited to crimes that any liberal democratic state would regard as criminal.” My former boss, Sen. Rand Paul (R-KY), has fought to insert privacy provisions into tax treaties. The New York Times reported on July 17, 2019, that Sen. Paul had blocked the passage of updated tax treaties with Spain, Switzerland, Japan and Luxembourg, because the treaties allowed “for more detailed sharing of information on individual and corporate taxpayers between countries'' that provided little legal protections for the financial privacy of the people of these nations and American citizens abroad.

For a glaring example of how these agreements go awry, consider how the Obama administration's Treasury Department coordinated with the Spanish government to shut down an Andorran bank that was believed to house assets of Madrid’s Catalonian political opponents. In March of 2015, Treasury announced a finding related to the Andorran bank Banca Privada d'Andorra (BPA), alleging that the bank was laundering money for Venezuelan state-oil interests and crime networks tied to China and Russia. But in practice, this U.S. action mostly aided the Spanish government’s probe into the financial transactions of some prominent Catalonian politicians who supported independence. We now know the action against BPA was connected to a larger conspiracy, known locally in Spain as ‘Operation Catalonia,’ a major scandal where Spain’s state apparatus was weaponized against political figures opposed to Madrid’s central authority. Investigations of Spanish officials in Andorra are currently bringing the specifics of this misconduct to light.

The owners of BPA testified that they were coerced by Spanish officials to provide this private information about prominent Catalonian leaders. Following this pressure, Treasury's Financial Crimes Enforcement Network (FinCEN), the branch that investigates banks, announced a ‘Notice of Finding’ (NOF) against BPA, which resulted in one of the bank’s subsidiaries going straight into bankruptcy.

American regulatory firepower stands accused of killing BPA over what were later described as minor violations that did not justify such harsh action. Indeed, a recent letter penned by Spain’s former Secretary of State for the Interior and published by Spanish daily El Mundo, described the intervention against BPA as being tainted with ‘evident political character’ while also ‘unjustified, disproportionate and unfair.’ Given Madrid’s blatant political objectives vis-à-vis the Catalonians, the NOF appeared to provide cover for such pursuits; it was issued after BPA’s cooperation against the Catalan figures was deemed insufficient by the Spanish state. Madrid’s machinations are also believed to have played a role in the Andorran government’s seizure of BPA following the NOF, a move that may have helped secure a long-sought taxation agreement between the mini-state and its overbearing neighbor.

The result was that the Obama administration’s announcement of an NOF served the ends of the Spanish government to crack down on dissent. It’s a lesson that Americans understand in our bones: When you give law enforcement and intelligence agencies new tools and capabilities to expand their jurisdiction, they may catch some bad guys, yet there will also be overreach, abuse of authority, and unforeseen outcomes.

That’s why congressional oversight going forward is going to be important, as will be an aggressive questioning during the upcoming Senate confirmation hearings of the Obama administration officials being dusted off to serve in the Biden administration, like John Kerry and Antony Blinken, under whose watch the Spanish situation went down. There need to be safeguards to prevent other governments with which we have bilateral agreements from using data to quash political opponents and to prevent a repeat of what happened in Spain. What is the US government going to do when other countries with far less scruples than Spain – like say, Saudi Arabia or Indonesia or Argentina – line up to demand the same kind of favors?

When there are documented cases of many foreign governments allowing or even playing a role in money laundering by some institutions, the American idea of only using these agreements to crack down on financial crimes needs to be the focus. Enforcement should focus on legitimate concerns, but we should be vigilant to what could also be serving the ends of nefarious foreign government actors and nations that merely want to collect more taxes.