Brian Darling
|
Posted: Jun 19, 2018 10:56 AM
Share   Tweet
The opinions expressed by columnists are their own and do not necessarily represent the views of Townhall.com. 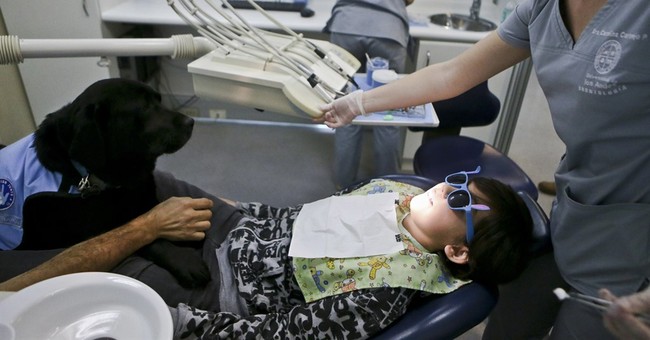 Hard working Americans pay far too much money to the federal government for that cash to go to waste.  One issue that does not get enough reporting with the federal government spending is healthcare waste, fraud and abuse that costs the government billions. Only Washington insiders would tolerate a business model that allows billions to be squandered.

The problem is rampant and nationwide.  Fraud is leading to jail time for serious abuses of taxpayer resources just in the past few months. A Philadelphia woman was charged with $211,000 in fake records to steal Medicaid funds by falsifying the records of autistic children.  A Mississippi doctor was sentenced to three and a half years in jail for a Medicaid fraud scheme where he prescribed unneeded medications without seeing patients. A Michigan woman was sentenced to a year in jail and ordered to repay $915,000 after being convicted of embezzling money from a nonprofit and engaging in Medicaid fraud.  These are the tip of the iceberg when it comes to schemes that cost the taxpayers of America.

Texas and Mississippi have some dental providers that appear to be engaged in questionable spending of Medicaid funds.  As taxpayers learn that some providers are improperly incentivizing people to become patients so they can charge the Medicaid program, they will be angry that this money is not being tracked and protected from bad actors.

Companies that receive Medicaid reimbursement are not allowed to conduct certain marketing activities under federal and state law. It appears that some providers are aggressively pursuing Medicaid patients in a way that costs taxpayers and are legally questionable.

Some Texas dental companies have employed marketing strategies that give away gifts to entice new patients. They have set up tables in front of stores that provide for-profit services to lure away prospective patients and make appointments in violation of Texas law. Under Texas law, unsolicited personal contact with a prospective patient is an illegal marketing practice.  In addition, offering gifts or other inducements designed to influence a patient’s choice of providers is also illegal.  In fact, offering gifts or inducements to Medicaid beneficiaries can also violate federal law.  What may be OK for other lines of work is not OK when you are using government money to provide services.

Some Texas dental providers of Medicaid services have found creative ways to market their services.  One dental company gives away tickets to the San Antonio Zoo based on a cavity free club drawing every month. Many use Facebook ads to promote contests with cash prizes, free pedicures and manicures. One promotion has a wind tunnel glass room where patients have a short period of time to grab wind-blown cash as a reward for being a patient.

There are companies that receive Medicaid money in Mississippi who also use similar marketing ploys to lure new patients. A Mississippi dental company has periodic raffles with expensive prizes and a Medicaid sign-up sheet for people who attend the raffle.  These are all companies that use Medicaid money to provide dental services and many use Facebook giveaways and use radio ads to solicit people to sign up.

The reason why providers are prohibited from certain types of advertisement is because it improperly influences the patient’s selection of a provider.  In addition, offering valuable gifts to beneficiaries to influence their choice of a Medicaid provider raises quality and cost concerns. Providers may have an economic incentive to offset the additional costs attributable to the giveaway by providing unnecessary services or by substituting cheaper or lower quality services. The use of giveaways to attract patients also favors large providers with greater financial resources for such activities, disadvantaging smaller providers and businesses.

The federal and state government, as well as state administrators of Medicaid funds need to do a better job of protecting taxpayer money.  The egregious fraud is largely being addressed, but it seems that not enough policing is being done to end illegal marketing practices of dental companies that use gifts and inducements to get more people to sign up and use government funded care.

This is not what the Medicaid system is designed to do, because it is set up in a way that allows for people in need to get care without illegal advertising campaigns and aggressive solicitations of patients. The taxpayers’ wallets need to be protected and both states and the federal government need to do a better policing job to stop aggressive marketing campaigns to recruit patients using government resources.