The Paper That Blew Its Cool: E.J. Dionne & The Current Discontents

Brian Birdnow
|
Posted: Aug 11, 2016 12:01 AM
Share   Tweet
The opinions expressed by columnists are their own and do not necessarily represent the views of Townhall.com. 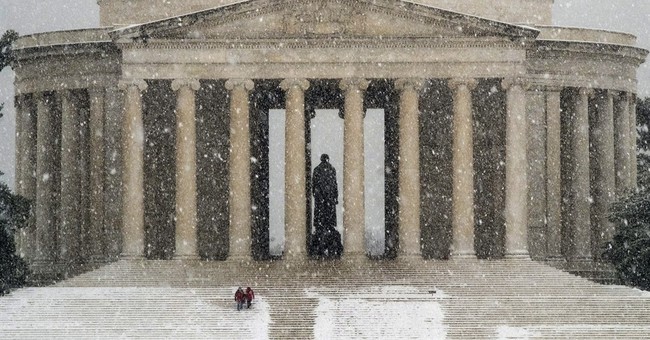 Last week E. J. Dionne, the resident columnist and Democratic cheerleader at the Washington Post, sailed into the Republican Party with flags flying and guns blazing.  Dionne quoted an unimpeachable source, namely President Barrack Obama, to declare that the Republicans are, “The Party That Lost Its Soul”.  Mr. Dionne, who never met a Republican he didn’t consider a Fascist in training, claims, unsurprisingly, that Donald Trump is unfit to serve as President.  He went further than condemning the GOP candidate and, once again quoting President Obama, he stated “The President was also indicting the entire GOP leadership for courting the extremism that led to Trump and for acquiescing in his nomination.”  Rather than dismissing Obama’s unseemly meddling in Party politics as the last ditch effort of a largely failed President desperately trying to remain relevant, Dionne and his WAPO cohorts gleefully join in the fun, wondering when the GOP will repudiate and bail out on their admittedly imperfect, but legitimately selected candidate.

To put this briefly, Dionne and many other Trump critics are openly encouraging the Republicans to surrender and throw this election, possibly realizing that their own candidate is so weak she cannot win without active collusion with the opposition.  Dionne calls Trump out for his supposed lies and misrepresentations concerning Vladimir Putin, and for his own supposed opposition to the Iraq War of 2003, and says that these statements should “disqualify” Trump.  He goes on to claim that Trump’s depiction of Mexican immigrants as rapists should further render him ineligible for the Presidency, ignoring the statistics showing that illegal immigrants are incarcerated in numbers higher than the general population.  Finally, he calls trump out for his bickering with a Gold Star Muslim family, conveniently ignoring the fact that this whole imbroglio was a trap for Trump, set and baited by the Democrats.  Trump obliged the Democrats by conveniently falling into the pit.

When we venture into the treacherous waters of wild and irresponsible candidate /Presidential statements we might consider a few of those howlers uttered by the current President over the last eight years.  Candidate Obama insulted the white working class in 2008, stating that the world had passed them by and that they “…cling to their guns and religion.”  Where was E. J. Dionne at that time?  Did he say that such a hateful and bigoted statement disqualified Obama from the Presidency?  We also remember Obama saying that he would be attacked for his policy choices but that when attacked his side would hit back and hit back harder than his opponents.  Did E.J. Dionne and his buddies at the Post consider Obama’s challenge of his critics to a Chicago-style rumble less than presidential in tone?  What about Obama’s 2014 intimation that he planned to subvert the US Constitution and the rule of law, when he announced, “I’ve got my phone and I’ve got my pen”.  E. J. Dionne and his pals loved that one and delighted in Republican outrage at Obama’s Napoleonic pretensions.

If the gang at the Washington Post want to continue this line of inquiry, they might consider their favored candidate’s troubles in the public comments department.  We need not revisit the glorious days of the 1990s and Hillary Clinton’s mountainous mendacities.  We can simply start with her lies about Benghazi, her whopper on national television in 2014 when she said that she had no idea how she and her estranged husband would make a living when they left the White House penniless, and her misleading testimony about the missing e-mails.  More recently we have Hillary’s statement before a cheering crowd of mindless robots that she will put the coal companies out of business and the miners out of their jobs.  In the last couple of weeks, we have heard Hillary mumbling her “Pokémon Go” bizarreness. So, we can see that the current 2016 campaign features rhetorical blundering on the Democratic side as well!

E. J. Dionne and his in-the-tank for Hillary boosters might do well to avoid characterizing the current election as a lying contest.  We have on one side, a bombastic billionaire, who says what is on his mind, and damn the torpedoes!  The medias favorite candidate is, however, a person who, along with her estranged husband, has lied with surgical precision on countless topics.  Mr. Dionne should be careful about elevating Barack Obama to the status of a biblical prophet vainly searching for an honest man.  His journey would certainly end in bitter disappointment when he stumbled into a Democratic political rally.

It will come as no surprise that E. J. Dionne and the Washington Post would try to delegitimize the Republican candidate for the Presidency.  They have, after all, tried the same trick with every GOP candidate since Goldwater in 1964.  Readers with long memories will remember the opprobrium heaped on Ronald Reagan, both of the Bush family, and even on non-threatening types like Bob Dole and Mitt Romney.  Still, this new attack is surprising in its fury and intensity.  No one suggested in 1980, ’88, 2000, or 2008 that the Republican candidate should simply concede, or that the Party should repudiate their candidate.  It remains to be seen whether this tactic will work.  Regardless of the outcome of the November election, however, the media is unlikely to relax, the losing side is unlikely to forgive and forget, and the infamous polarization of our political life is very likely to continue for the next generation.