On Syndicated Columnists and Loving America at the Miami Herald

Brian Birdnow
|
Posted: Apr 08, 2016 10:59 AM
Share   Tweet
The opinions expressed by columnists are their own and do not necessarily represent the views of Townhall.com. 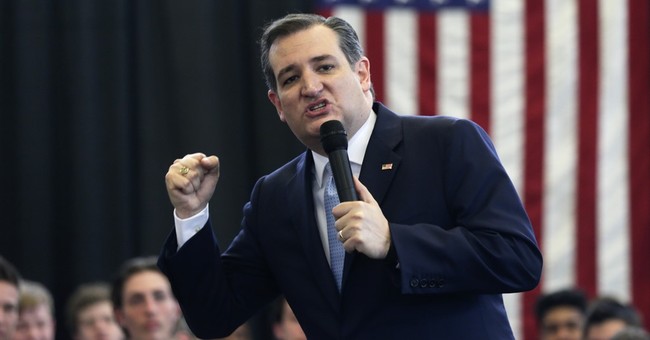 Last week, Leonard Pitts the ace columnist at the Miami Herald, penned a column which, thanks to the beauties of syndication, reached the kitchen tables, living room sofas, and computer screens of many thousands of readers. Pitts, the 2004 Pulitzer Prize awardee for commentary opined, in what was billed “An open letter to American Muslims” that native born Muslims must find it very difficult to love America. He stated that the uniqueness of the modern Islamic dilemma is, “…the question of how-and whether-to love a country that often fails to love you back.” He fleshed out his question by referring, incidentally, to the Brussels terror attack, and his irritation not at the attack itself, but at “…the wearisomely predictable response from the political right.” This response that Mr. Pitts finds so wearisome included the call for increased scrutiny of particular areas and the use of plainclothes police to keep a closer watch on potential targets and hazardous spots. Naturally, he singles out Ted Cruz and Donald Trump for special abuse. Yet, Leonard Pitts in his rush to assure American Muslims of his affection for them, ignores the central reason that many Americans are uneasy about increased Muslim immigration to the USA. The fact is that Muslim terrorism, despite Leonard Pitts reluctance to address this question, is a real threat that must be confronted in any honest discussion of the problem.

Let us look at the column and the background quickly, as a prologue. In the aforementioned column Leonard Pitts argued that it is very natural that American Muslims have little love for their country, since their country obviously does not love them. He claims that yahoos like Cruz and Trump insult all Muslims when they call for special scrutiny directed at those who might be security threats, calling this a “…manifestly stupid idea.” He then plays the race card arguing “…that about every two weeks or so, it seems some disaffected white guy shoots up a movie theater, schoolyard or church…” and no one bats an eye. This so-called double standard is, in the view of Mr. Pitts, the cardinal sin. He goes on to ask “Why should a Muslim love America? Why serve a country that often hates you? Why support a country that sometimes fails you. Why tell your children to believe in a country like that?”

Mr. Pitts goes on to answer his own question at this point. He states that American Muslims should love their country because people like himself understand what is like to be the “other” in America and can sympathize with the domestic Muslim plight. He also states that the likes of Trump and Cruz don’t represent real American opinion; they simply represent the loudest, shrillest and most empty precincts of the American opinion spectrum. He further argues that America has not failed Muslims, because America is an ideal. On the contrary, Pitts argues, that Americans have failed their Muslim countrymen. As he puts it, “Americans are the people charged with living up to that ideal. And very often, they fail to do so. Because of expedience. Because of bigotry. Because of cowardice. Truth to tell, sometimes they don’t even try.” Mr. Pitts probably absolves himself of these sins, but insists that his fellow citizens should be tarred with this brush. He finished with a flourish: “…on behalf of the rest of us: I’m sorry for what you’re dealing with.”

Leonard Pitts certainly deserves a measure of credit due to his heartfelt concern for the bruised feelings of American Muslims, and his expression of sorrow at their frustrations is commendable, even if no one in the American Muslim community has, as of yet, demanded an apology from America or Pulitzer Prize winning columnists for past national transgressions. Still it would be a simple matter for Leonard Pitts to remember a partial listing of Islamic terror incidents in America in the last few years. Since 2013 we have had the Tsarnaev Brothers and the Boston Marathon bombing, we have had the September 16, 2013 Chattanooga military recruiting center attack, we had the Times Square bombing plot, the attack on the Masonic Lodge in Milwaukee, the attack on the Jewish Federation of Greater Seattle, the killing of a New York city police officer in the subway attack of 2014, and, much more recently, the San Bernardino mass murder. Mr. Pitts said nothing about any of these horrific incidents in his column. He did not express remorse for those killed, he did not ask that prominent American Muslims disavow violence; he prefers to pretend the Muslim violence and extremism do not exist, because the flourishing of such things would undermine his contention that America owes her Muslims an apology.

Contrary to Leonard Pitts insistence, Americans are not mindless xenophobes who hate all foreigners or “…anyone who doesn’t look like them” as another prominent American figure said a few years ago. Actually the reverse is true, the American people still stand among the most generous people on earth, and we generally react sharply to injustice whether perpetrated at home, or abroad. Granted, the American record is not perfect, but it has been pretty good. In the interest of general amity and goodwill it would behoove everyone, including Pulitzer Prize winning columnists to remember this salient fact.