Brian Birdnow
|
Posted: Mar 24, 2016 9:19 AM
Share   Tweet
The opinions expressed by columnists are their own and do not necessarily represent the views of Townhall.com. 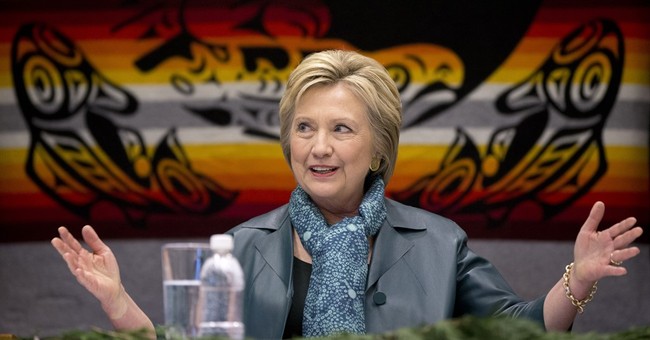 Well, we all knew this would happen, didn’t we? It comes as no surprise, except that maybe it occurred a bit earlier than most people expected. In a lead editorial entitled “Sexism Stinks,” a major metropolitan daily newspaper accused other media voices, mostly male, of covertly playing the gender card against Hillary Clinton, suggesting that the criticisms of the Democratic frontrunner were based on the fact that she is a woman running for a man’s job. Naturally, the newspaper argues that this is reprehensible and that such thinking should have been thrown out of polite discourse decades ago. The paper called out a number of villains to support its contention, namely Charles Brennan of KMOX Radio, a mega power AM station in St. Louis, Joe Scarborough of NBC, Glenn Thrush of “Politico”, and Howard Kurtz of Fox News. These commentators noted that even though Mrs. Clinton did very well in the March 15th primaries, she seemed angry, confrontational, shrill and disagreeable. The newspaper argued that these critics would never dared to attack men like Donald Trump for the same offense and finished with a flourish stating, “…Women don’t need men to tell them how to behave.” So, it has come to this: The campaign has gotten tough, much tougher than the Clinton camp expected, and now the male critics are being warned to lay off of Hillary, at the risk of being labeled ungentlemanly, male chauvinist bullies.

The newspaper in question is the St. Louis Post-Dispatch, and it has been bashed regularly in these pages for a number of transgressions. The paper rarely strays from the liberal line of the moment, and we can expect to read more of these stories following the same general theme in most of our major metropolitan dailies in the coming weeks. The Post accuses the critics of applying a double standard when they chide Hillary for her shrill voice, her shouting, and her harsh demeanor. They argue “(Donald) Trump shouts but is not condemned.” They continue, “Bernie Sanders yells and no one tweets that he sounds angry, or tells him to smile.” The paper then introduces its favorite red herring into the argument intoning darkly that it is no coincidence that Hillary’s sharpest critics are all Caucasian males. As the editorial writer puts it, “…Is it any surprise that the one group resisting her candidacy is white men?” The fact that Fox News, NBC, Politico and KMOX Radio all represent different constituencies and can be placed all over the ideological spectrum matters not to the Post-Dispatch. The critics are white men and they are all equally guilty of ganging up on “…a woman of Clinton’s stature-a former U.S. Senator, secretary of state, and first lady.”

This is another classic example of liberal media double-dealing. Leave aside for the moment the fact that Hillary Clinton’s vaunted achievements in public life materialized because her now-estranged husband was going places, and she went along for the ride. The Clintons have been the beneficiaries of adoring media coverage beginning in 1991. Townhall readers no doubt recall Eleanor Clift of “Newsweek” and PBS admitting that the major media went easily on the Clintons because they agreed with them on policy matters. Perhaps readers also remember Mary McGrory of the Washington Post comparing the Clintons moving to Washington in 1992 with the Holy Family on the road to Bethlehem in the Gospel according to Luke. The media made Hillary a “plausible” candidate for high office simply by repeating the mantra that she was a cool and confident professional who just happened to be the smartest woman in the world. They ignored or downplayed her central role in Whitewater, Travelgate, the sliming of all women who accused the president of sexual improprieties, and her silence in other political shenanigans. The media has, for the most part, overlooked the breathtaking hypocrisy of a person who has earned over 141 million dollars since 2001 campaigning against the unequal distribution of wealth in modern America.

The media has been remarkably lenient when dealing with Hillary Clinton, in fact, much more so than they were with her comically foolish husband. The matter of criticism now illustrates a simple fact. The plain truth of the matter is that Hillary Clinton is a terrible campaigner and candidate. The critics cannot help that she sounds like a screeching harridan when she tries to give a political speech, or that her hoarse voice grates like fingernails scratching on a chalkboard. It is considered, however, somehow “sexist” to mention this or to point it out.

The crying “foul” over criticism says more about the latest Clinton makeover failure than it says about supposed ungentlemanly conduct by the critics. Hillary’s handlers pulled her off the campaign trail last summer after the lackluster kickoff in New York. For the umpteenth time her people worked to improve Hillary’s appeal to ordinary voters, the much remarked upon “likeability factor.” She was told to smile more, and she seems to have taken that one to heart. One cannot open a newspaper today without a picture of Hillary Clinton grinning like a female version of Jimmy Carter, circa 1976. Former first daughter Chelsea Clinton makes the rounds of focus groups telling the world about the unknown Hillary, that is the adoring grandmother, the bridge expert, the 200 bowler, the life of the party, all of the multiple sides of Hillary that remain buried beneath the artificial shell of the politician. The Clinton campaign is increasingly frustrated that nobody believes that this Hillary exists. Instead the public sees the real Hillary, namely the icy demeanor, the intensity, the undisguised ambition, the anger and rage just beneath the surface cordiality. The Clinton campaign and her liberal media cheering section know this and don’t like it one bit. The sexism complaint was bound to come.

So, we have arrived at our current destination, safe and sound, but a lot sooner than expected. Any criticism of Hillary Clinton, or even hard questioning is called sexism, and, therefore, is out of bounds. Much in the way that the Obama camp has used the charge of racism as a prevent defense, the Clinton people will use “sexism” as their candidate’s protective suit of armor. This development shows the real fear that has crept into the liberal media. They realize that there is a distinct chance that Hillary Clinton, who they have wanted as president since 2000 will actually lose. They will pull out all the stops as soon as panic sets in.

What do we learn from all of this? The can’t- miss candidate is a terrible campaigner; she is old news, and a possible millstone around her party as November looms, closer than we realize.