Brian Birdnow
|
Posted: Jan 26, 2016 12:01 AM
Share   Tweet
The opinions expressed by columnists are their own and do not necessarily represent the views of Townhall.com. 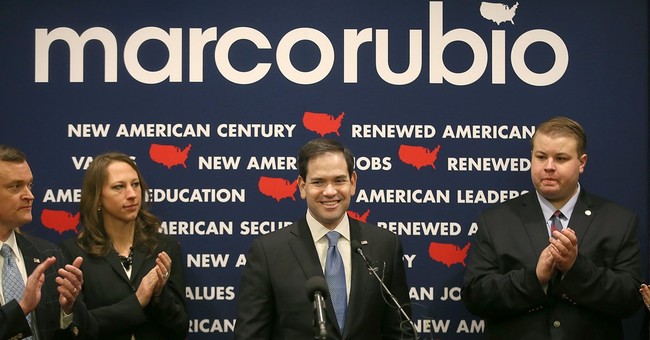 Last week Kathleen Parker, the resident almost-but-not quite-liberal at the Washington Post, loaded up and fired at the Republican Party and  its melodrama in her weekly op-ed column.  It showcased Ms. Parker at her irritating best, smug and condescending, but not truly original.  She used her space to argue that the GOP needs Nikki Haley to save itself from itself, she furthered argued that a Hillary Clinton victory would be a win for “rationality,” and a loss for the “authoritarian personalities” who increasingly populate the Republican Party base.  Like many of her colleagues in the mainstream media, Kathleen Parker seems at a loss to make sense of the Donald Trump phenomenon.  She treated this as amusing political theater last year, although by the autumn she was scratching her head at his poll numbers and continuing appeal.  Now she is in near panic mode, and has fallen back on the old and discredited liberal tack of claiming that conservatism is a form of mental illness, something of a clinical paranoia masquerading as political discourse.  The readers of Ms. Parker’s column can connect the dots  and see where she is heading.  She wants Nikki Haley to establish a kinder and gentler GOP, and, by stooping to insults and innuendo she wants to write the Republican base out of the bounds of permissible discourse, and let them know that they are no longer invited to the carnival that is American politics.

In reference to Ms. Parker’s column concerning Nikki Haley, all readers know, by now, that the South Carolina governor used her national television spotlight to criticize her own party in the GOP response to President Obama’s State of the Union Address.  Ms. Haley earned kudos from the mainstream media for her supposed sandbagging of the “angry voices” in her own party.  Parker’s column, entitled “Nikki Haley’s Righteous Gamble” certainly echoes the fulsome praise of earlier commentators on the Haley affair.  Ms. Parker celebrates this as a clear example of girl power when she stated, “…Sorry, but sometimes it just takes a girl.”  She goes on to remark that Gov. Haley’s self-flagellation was strong medicine, but that it was , “…brave necessary and true,” and throws in the reminder that this criticism is meant for the GOP’s own good.

Whether this speech is really brave, necessary, and true is debatable, but beyond the point of this column.  What Parker seems to be attempting is to turn the Republicans into a band of Happy Warriors, essentially students of the Hubert Humphrey type, who smile while losing elections.    She claims that the battle lines are drawn, with one side deploying “…anger, bias, nativism, and fear” and the other side exemplifying the “…ideals of inclusiveness, and respect for others.”  She may be channeling her inner kindergarten teacher at this point, but this is hardly the stuff of stirring political victories.  In addition, one might argue, as Ronald Reagan did, that true “inclusiveness” in the political realm might actually consist of crafting a message and strategy to appeal to voters who would respond affirmatively at the ballot box in November, but no matter.  Ms. Parker is on a roll, and nothing will slow her down.

Ms. Parker does admit, later in the column, that Nikki Haley has a card up her sleeve.  She is auditioning for a Vice-Presidential nomination, and according to Ms. Parker the governor is aligning herself with the “establishment lane” of the party, or as Parker smarmily remarked, the “…rational lane” of the party.  Here she slips into the quite common liberal tactic of demonizing the opposition by questioning their maturity, intelligence, and in fact, their sanity, but more on that later.  At this point Ms. Parker opines that a Marco Rubio-Nikki Haley team would be a GOP dream ticket, with two first generation Americans, one who is a bilingual Cuban, and the other who happens to be a woman, both of whom happen to be young by presidential standards.  Parker gives away the game in her next sentence.  “They (Rubio-Parker) would completely collapse the smallish Republican tent of older white males, and build a rainbow-hued edifice of diversity…”  Note here that Parker says nothing about “broadening” the GOP tent.  She wants to “collapse” the tent and to bury the unwanted party base along with the remains.  As far as a rainbow-hued edifice of diversity, when did the Republican Party join with the crowd that former President Bill Clinton rightly derided as “politically correct bean counters”?

The Republican Party needs no advice from the likes of Kathleen Parker.  It is a mystery why this columnist is described as a center-rightist figure.  Perhaps this means she is somewhat to the right of her Washington Post colleagues, but she is no conservative.  A political columnist who characterizes Republican voters as mindless dolts, who are easily led, psychologically disturbed, and in need of a Fuhrer-like leader is certainly one who the party should not consult for constructive advice.  Kathleen Parker should, instead, be dismissed as an increasingly shrill Democratic plant who offers unsolicited advice to a GOP that she clearly dislikes, and who is now worried that 2008 might repeat itself, keeping Hillary Clinton out of the Oval Office.