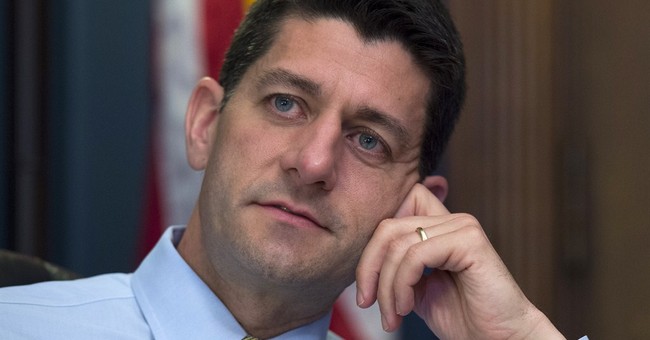 Last week, Wisconsin Congressman and recent Vice-Presidential aspirant Paul Ryan appeared on the venerable CBS-TV program “Face the Nation” and stated that the Obamacare battle is temporarily over, and that the other side won. He stated that Obamacare was a bad policy and would “…collapse under its own weight” and that our side needs to settle in and wait for this eventuality to come to pass. Congressman Ryan was not, as some have supposed, counseling surrender in the health care fight. He was advising the conservatives that they must take the long view, and give the Obamacare architects enough time, and dynamite, to blow themselves up. Ryan was, however, sounding an uncertain clarion call which may very well fail to rally the troops, following the dispiriting news of June 25th. In hoping to find a silver lining behind the cloud, Ryan may, in fact, be returning to the tired GOP posture of ceding the field to the Democratic opposition and simply hoping that they bungle the operation.

In order to fully understand this issue it is necessary to briefly recapitulate the events of last week. On Thursday, June 25th, the United States Supreme Court reaffirmed the Constitutionality of the Affordable Care act, commonly known as Obamacare. The 6-3 decision in favor of the government position upheld the Obama Administration’s sole legislative achievement and it came as no surprise after court watchers read the tea leaves and crunched the numbers. Chief Justice Roberts determination that he would not go down in history as the man whose judicial philosophy ruined the first black President can be blamed for much of the problem, but that is the raw material for a new column. Congressman Paul Ryan, the Wisconsin Republican who currently serves as the House Budget Committee Chairman, spoke on CBS-TV on Saturday concerning the decision in King v. Burwell and stated that the ruling was a bad one, and that Obamacare was a terrible legislative act. Ryan declared, in response to a gloating and slightly confrontational question that he would not stop working to throw Obamacare on to the rubbish heap, but that it is, for the moment, the law of the land and that conservatives would have to be patient while waiting for Obamacare to collapse under its own contradictions. Ryan stated that Obamacare was such a poorly drafted law that it would undoubtedly collapse under its own weight and that conservatives could best be helpful by doing as they were told and not behaving irresponsibly and upsetting the applecart.

Presuming to speak for many conservatives, your humble Townhall columnist might ask: Where have we heard this before? If it sounds familiar it certainly should, because we have been down this road before. Ryan is somewhat singular in openly stating that he wants to dump a Democratic program/initiative, but the Republican strategy of waiting, waiting, and waiting some more is one that dates back to the early 1930s. During the 1933-39 period the Republicans, after taking two bad beatings in Presidential elections reacted in a shell shocked manner, offering almost no resistance to FDR and the New Deal. A generation later, after another GOP electoral Waterloo in 1964, we saw the same thing when LBJ and his huge congressional majorities rushed the Great Society through, over feeble Republican opposition. The Republican method of opposing the Democrats during the 1963-69 era was to argue in favor of spending a little less money, and supposedly applying more cost effective managerial techniques to the welfare state, without really proposing to change things. The GOP certainly didn’t change anything, and the nation witnessed the unedifying spectacle of two Republican Presidents, Richard Nixon and Gerald Ford, converting to moderate welfare state liberals during the 1970s.

Closer to our own time, George HW Bush, in 1989, seeking to end the rancor, partisanship and the victories of the Reagan Age, adopted a policy of friendship, co-operation, and problem solving with the Democrats and promptly had his pocket picked. Bush could never understand that the Democrats had no interest in tackling problems and assuring him re-election. He continually scratched his head and wondered how certain Democrats like Congressman Dick Gephardt of Missouri , and Senator Joe Biden of Delaware could be so ungentlemanly and mean. In the last fifteen years we have seen President George W. Bush fumble the ball by farming out the No Child Left Behind bill to Senator Kennedy of Massachusetts, who predictably, produced a big government monstrosity that ran counter to all Republican philosophical ideas, namely, that local problems should be solved locally, not from Washington. Certainly conservatives have not forgotten George W. and the Campaign Finance Reform folly of 2003? We remember the President signing a bill that he said was clearly unconstitutional in nature, but stating that he would sign the bill into law and wait for the Supreme Court to overturn the measure that he was signing. We also remember how that turned out when the Court had the opportunity to rule on the bill. Finally, we remember Karl Rove and other GOP operatives advising the Republican members of congress to vote in favor of Obamacare in 2010. What was Rove’s reassuring answer to skeptics who feared the nation would be stuck with a multi-trillion dollar White Elephant? He said that the GOP should pass Obamacare and”…let it collapse under its own weight”. He used the same words that Paul Ryan has now brought out of retirement. (Interestingly enough, some of these same arguments are being used as a way of getting the GOP to downplay opposition to the other SCOTUS outrage last week, on gay marriage.)

Certainly, the patient waiting strategy has utility and can work in certain circumstances. The long view in relation to dealing with the Soviet Union, the so-called “Containment” strategy, worked splendidly well, if somewhat slowly, before it ended in victory in the early 1990s. Most geo-political theorists worth their salt will explain that progress can only be measured in trends that take years to develop, and cannot be hurried or rushed. So, Congressman Ryan’s hope that the years will bear out Obamacare’s failings are grounded in sound ideas.

Still, there is a great deal of wishful thinking involved here. Will the Democrats allow Obamacare to simply collapse? Will they expose their President’s sole achievement for the folly it really is? The answer is a resounding “NO”. We see and hear the continuing propaganda campaign all around us, every day. In his victory speech last week Obama said that “…the act is working so well, even better than we thought it would…” and he touted, once again, the bogus enrollment numbers, not mentioning the millions who lost their private insurance through his vaunted program. The Democrats will throw trillions of dollars into this bottomless pit, in the vain hope of propping it up. The mass media will spin fictions, lies, and evasions about millions of satisfied customers, while ignoring reality. They will argue that the only thing wrong with Obamacare is that it will cost a little more than expected, and they will stealthily attempt to expand the monstrosity, by feeding the beast. The sad fact is that they might succeed in throwing this net over the entire country after the 2016 elections, if they win back Congress.

So, while we wait for Obamacare to collapse under its own weight we can expect an all-out media offensive to sing the praises of the program and to vilify those who oppose it, and can expect the Democrats and some clueless Republicans to succor the program with more taxpayer money. They will anchor this terrible policy blunder so deeply into the bedrock of our political culture and society that it will become immovable, much like the British cannon at Singapore in 1942.

The purpose of this column is not to criticize Paul Ryan too much. Ryan should be commended for counseling resistance to Obamacare rather than rolling over and supinely accepting the SCOTUS dictates as final. Ryan has been a thoughtful critic of the welfare state and its failures since he was first elected to Congress. As a GOP leader he also has the responsibility of trying to keep the Party members on board his ship, which is like trying to herd cats. Yet, Mr. Ryan’s proposal, after the fact, shows why the Republicans always lose. Why was there no Republican plan offered in 2010? The Party knew that Obama was planning some sort of socialized medicine program as early as the spring of 2009. Why was there no Republican alternative? Why is there now no strategy to really combat this mess, using, perhaps, the power of the purse? When the nation elects a Republican Congress and Senate the least they can expect is a little concern for reckless spending, and an effort to rein this in. In the modern age, however, we see the other side destroying America as we know her, and our side recommending delay, rear guard actions, and ultimate resignation to the loss of another battle in the never-ending war.