Life on the Mississippi? Tragedy, Politics, and Mass Media in St. Louis 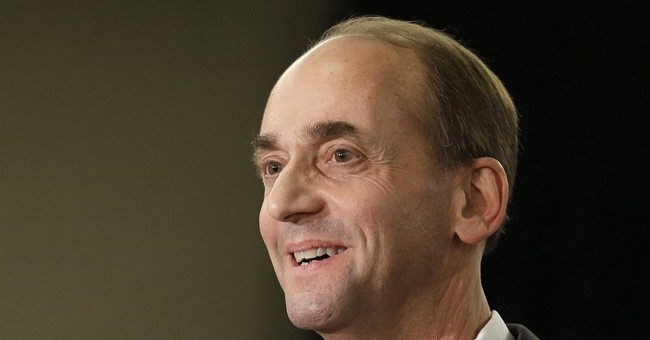 Last week, as the winter wound down, politics and civic discourse in the nation’s heartland changed exponentially, in ways totally unrelated to the continuing events in Ferguson, Missouri. At approximately 9:48 AM, Central Standard Time, Tom Schweich, the Missouri State Auditor, and recently declared GOP gubernatorial candidate, committed suicide by a single pistol shot to the head. This seemingly senseless tragedy cannot be underestimated. Missouri lost a dedicated public servant, and more importantly the Schweich family lost a husband and a father, and much of this remains a mystery. Certainly the fallout over this development has been swift, if not sure. Still, no one could predict that the following week would bring about a full scale assault on the Missouri Republican Party, a sinking GOP gubernatorial candidacy, a scathing denunciation of bitter politics, characterized as “bullying” by the Honorable John C. Danforth, and a gleeful St. Louis Post-Dispatch, heating the pot to a rolling boil.

Since this story has been largely overlooked by the national media we must include a brief recapitulation of the events and the players. As stated above, Tom Schweich, the Missouri State Auditor who had, on January 28th announced his candidacy for governor in 2016, tragically took his own life. The other players in the story include John Hancock, the Missouri Republican Chairman, Catherine Hanaway, the late Mr. Schweich’s presumed opponent in the 2016 Missouri Republican gubernatorial primary, former U.S. Senator and Ambassador John C. Danforth, widely recognized as Schweich’s political mentor, and the redoubtable St. Louis Post-Dispatch, the region’s only remaining daily newspaper, known alternately for slandering conservative Republicans and desperately trying to remain in business and circulation.

On the morning of February 26th, Tom Schweich committed suicide. Schweich’s office Chief-of-Staff had apparently expressed concern over the boss and his psychological state that morning. Schweich told friends at the Posy-Dispatch, including Tony Messenger, the Editorial Page Editor, that certain prominent Missouri Republicans were spreading unfounded rumors that Schweich was Jewish, in an apparent attempt to hurt Schweich’s appeal to Missouri’s rural voters. Schweich also expressed dismay at a radio commercial which had run on several St. Louis stations which made sport of his appearance, and compared him to the fictional television character Deputy Barney Fife, of the old Andy Griffith TV show. Schweich specifically mentioned GOP Sate Chairman John Hancock as the source of the religious rumor, and Catherine Hanaway, a former Speaker of the Missouri House of Representatives, U.S. Attorney and presumed gubernatorial hopeful, as the source of the unflattering commercial. Schweich considered both of these items to be out of bounds, but seemed unsure whether to respond. He made arrangements to present a prepared statement to selected media outlets, invited Mr. Messenger and an Associated Press reporter to his home, for an interview, but then, sadly and inexplicably he shot himself.

The early news reports of the event were sketchy, but the media ran with the story and the feeding frenzy was on. The PD published supposedly confidential conversations between Mr. Schweich and Tony Messenger concerning State GOP Chairman Hancock and the Jewish rumor. Hancock, a 30-year veteran of Missouri politics, is respected as an intelligent and shrewd operator, but is also considered honest and fair. Hancock has stated that he mistakenly thought that Schweich was Jewish, and that he may have made passing reference to this assumption in casual conversation. The Post-Dispatch, however, senses the ugly stain of anti-Semitism just beneath the surface of this controversy, they have called for Hancock to resign, and have urged the state Republicans to throw him out, like last week’s garbage. Hancock, for his part, has said that he will not resign, but he has recently kept a low profile, even giving up his semi-regular gig on KMOX Radio, the Midwestern news-talk powerhouse.

What does this mean for Catherine Hanaway? Ms. Hanaway, the former Missouri House Speaker, as well as the former U.S. Attorney in St. Louis presented a credible candidate, and a tough challenge to Schweich, although she is more respected than loved in political circles. No one can say for sure whether the Hanaway campaign produced the radio commercial decried by Tom Schweich. This has not, however, kept her opponents from torching Ms. Hanaway with innuendo and rumors suggesting guilt by association. Some news reports suggest that the Hanaway campaign is in disarray, while others claim that her ship is listing badly. She chose to skip Mr. Schweich’s funeral, and, like GOP Chairman Hancock, Ms. Hanaway is now keeping a low profile.

This brings us to the Honorable John C. Danforth, the former U.S. Senator from Missouri, and U.S. Ambassador to the United Nations, among other high level positions and assignments. Often referred to during his 1976-94 tenure as “The Conscience of the Senate” and/or “St. Jack,” Danforth, the well-heeled heir to the Ralston-Purina fortune, developed a reputation as the voice of moderate and “responsible” Republicanism, standing squarely in the Ford-Dole-McCain party camp. Danforth also developed a reputation for jumping ship on his GOP mates at critical moments, and also for showing a sanctimonious streak, somewhat akin to a Republican version of Jimmy Carter. Danforth, an ordained Episcopalian minister, delivered the eulogy at Schweich’s funeral last week in St. Louis. Channeling his inner junior high school principal, Danforth issued a broadside against bare-knuckled politics, which he termed “bullying,” and declared that bullying led to the death of Tom Schweich. According to Danforth, “…there is one word to describe this: It is “bullying.” There is one word to describe the people behind it: “bullies.” He continued, “We read stories about cyberbullying…but what should we expect from children when grown-ups are their examples of how bullies behave.” Years ago, in less charged moments, Danforth had expressed concern that his protégé, Tom Schweich, did not have the correct temperament for a politician, namely the thick skin that one needs to shrug off criticism, particularly unfair criticism. At the funeral, however, this was all forgotten as Danforth reduced the tragic and still unclear event to something of a playground melodrama, with the good kids being pushed off of the swings by the bad boys.

The media, predictably, has had a field day with this situation. The Post-Dispatch has been positively giddy at this development. The paper has published theretofore confidential conversations between Schweich and Tony Messenger, the paper’s editorial boss. Mr. Messenger has since mounted his soapbox, and is calling for John Hancock to resign, for Catherine Hanaway to disavow the politics of personal destruction, for the Missouri Republican Party to prove that they are not anti-Semitic, and otherwise grandstanding and stirring the pot. The PD hopes to throw the Missouri GOP into the same type of confusion that engulfed the Party in 2012, when the Todd Akin televised interview stumble cost the GOP an almost certain Senate victory. The smart money says this may be happening even as we speak. Missouri is a purple state, but one that has been trending more red than blue in recent years. The Democrats desperately want to keep “The Show-Me State” in play, and their ideological soul mates at the Post-Dispatch are pulling out all the stops to assist them.

Now, as the dust settles on the Schweich debacle, we survey the scene. No one comes out of this tragic affair looking good, or with an enhanced reputation. John Hancock has been the victim of character assassination, and his professional future is in doubt, as well. Catherine Hanaway may ride this storm out and win the governorship of Missouri, or she may not. There is talk of other GOP challengers getting into the race now that the dynamics have shifted, and certainly there are factions of the Missouri Republican State Committee who would welcome a candidate who could help change the subject. John Danforth, meanwhile, continues his leftward, anti-conservative drift. He has written editorial pieces in the most prestigious of American newspapers blasting conservatives for everything under the sun. He prefaced his investigation of the 1993 Waco-David Koresh affair by stating that his “job” was to restore the people’s faith in their government, not to uncover the truth about the assault at Waco. He has since co-written a book with former New Jersey Governor Christie Todd Whitman in which they decried conservative influence in the Republican Party, and he has founded the Danforth Center at Washington University in St. Louis, a think tank dedicated to keeping the evangelicals in their place, which means out of politics and out of the GOP leadership.

What is really going on here, despite the undeniable human tragedy, is the media using their influence, again, to slander, abuse, and defame conservatives. The Post-Dispatch, as previously mentioned, hopes to use this incident to arrest Missouri’s rightward drift. The current Democratic governor, Jay Nixon, has become a laughingstock due to his clueless response to the Ferguson disorders last year, and statewide Democrats are worried that they will be swept away by a Republican tsunami in 2016. The PD is trying to help them by sowing dissension and division in the GOP ranks. In addition to fronting for the Democrats, bashing conservative Republicans has been the PD reporters’ favorite sport for decades. Tony Messenger, in a reflective mood after the Danforth eulogy, admitted this in something of a mea culpa, when he stated that he should not have called the Speaker of the Missouri House of Representatives a “Fool” in print, as he did last week. Messenger said that, yes, he sometimes takes too much delight in belittling, ridiculing, and slandering those who disagree with him, and that he must watch out for this in the future. Time will tell!

The whole Schweich imbroglio can be seen as one of the worst aspects of American politics, although not for the reasons the leftwing media would have us believe. It can be seen as a microcosm of the ill-effects of reducing everything, even the tragic and senseless death of a public servant, to political grandstanding, and efforts to drum up votes and score public opinion points. Both sides have been known to do this, but we should certainly draw the line at using a suicide as a cheap means of advancing a political-ideological agenda.