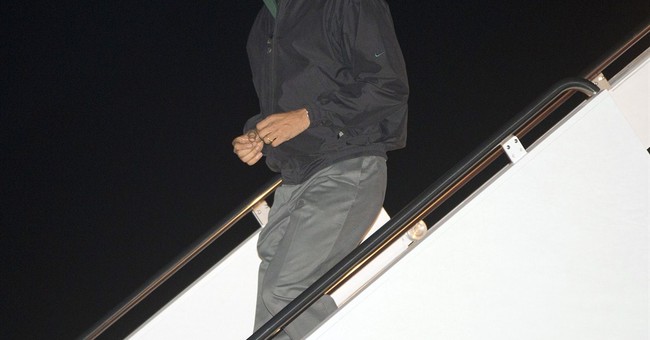 Last week Dana Milbank, the noted Op-Ed writer for the Washington Post, recovered himself admirably after the baleful events of November 4th, and picked through the post-election wreckage, presumably looking to assign blame. Milbank’s studied conclusion was that President Obama should be tagged with the blame for the electoral debacle, which is not, in itself, a particularly startling finding. Milbank, however, does not pin the onus on Obama for his lack of leadership, his wrong-headed policies, or his general disinterest in his job. He reasons that Obama brought this defeat on himself by delaying his amnesty executive order until after the election. Milbank declares that such a bold and largely anti-constitutional move “would cement the Hispanic loyalty to the (Democratic) Party in the long run.” Mr. Milbank also claims that the open flouting of the national immigration laws “…is what is best for the country.” He did gave away the game, however, when he let it slip that Obama’s planned executive order is really a scheme to create another ten million Democratic voters.

In the heart of this column Milbank illustrates the liberal game plan at its worst. He is smug, smarmy, and never fails to remind the readers of liberalism’s assured moral superiority. He repeats the liberal echo chamber stock phrase that amnesty is “right” and “best for the country”, and that a politician should worry more about doing the right thing rather than political expediency. The repetition of these tiresome liberal hymns actually does serve to turn the daily debate in the Leftist favor. If a policy of any kind is demonstrably “right”, then those who oppose it are obviously “wrong”, that is to say that they are in error, they are mistaken, they may be guilty of bad faith. Many people who have no opinions other than those placed in their minds by television and the print media obviously will suspend critical faculties and suppose that because Milbank and his fellow Op-Ed writers think something is “right”, then it must be so.

We must ask, however, whether the plot to grant amnesty by presidential fiat is really “good”, or not? Certainly, the President is spoiling for a fight, and will get one if he goes down this road. Is it wise to “poison the well” with the Republicans, as Senator McConnell has said, so soon after losing an election? Beyond the political side of this issue, is openly flouting the nation’s laws ever really a good idea? As the Greek philosophers taught us, the laws should be few in number, easily understood, and strictly enforced. Any less than this would bring about a general disrespect for all of the laws, thereby undermining the social contract. Granting amnesty to those who have broken the laws and entered the country illegally will penalize those who did things the right way, and waited years for the opportunity to come to America. It will certainly be a sore point to those who are still waiting in line for their chance! Finally, a mass amnesty will hasten the huge demographic changes that are already underway in the country. We can prepare for more wars on Christmas, more pressures to ban Sunday blue laws and store closings on holidays, and more public foolishness about “inclusiveness” and “welcoming” concerning citizens and customers.

Milbank moves forward to argue that the President missed his big chance when he didn’t simply declare a mass amnesty last spring, and argues that this omission led to Hispanic voters staying home, possibly costing Democratic victories in close races in the Florida gubernatorial contest, and the Colorado U.S. Senate race. He argued that a normal Hispanic turnout, augmented by the newly enfranchised amnestied citizens exercising their rights would have led to a Democratic tidal wave, swamping the GOP, and finishing the party off for the foreseeable future. He spices up his analysis with numbers and statistics and doesn’t seem to understand that few of the people who would benefit from a Presidential amnesty would have voted in November, since the states are still in charge of their own domestic institutions, and register voters themselves. Milbank clearly wishes to avoid having to admit that the country rejected his Party two weeks ago. He would rather indulge in the pleasures of fantasy and think how wonderful it would have been to nullify the Republican victory.

Still, the impartial observer would be well advised to take Milbank’s stunning admission that the amnesty card is a simple ploy to create millions of Democratic voters seriously. The historical precedent for demographic change equaling political change is quite clear and it is not very comforting for the Republican Party. The USA underwent what the historians called the Second Wave, or the “New Immigration” from 1880-1914. Before the Civil War immigration to the United States had been primarily from northern and western Europe, largely from the British Isles, and the German states along with a smaller sampling of Scandinavians, Poles, Hungarians, and some Chinese, as well. After 1880 most of the immigrants to America began arriving from southern and eastern Europe, largely from Italy, the Russian empire, and the newly freed domains in the Slavic nations. This wave of immigration peaked at slightly over three million souls in 1907, and continued at a high rate until the outbreak of World War I in 1914. Politically speaking the New Immigration was a dream come true for the Democratic Party. The Republicans were the majority Party during the second half of the nineteenth century, but the new immigrants flooded into the Democrats in massive numbers. The Democrats didn’t get all of the second wavers, but they got most of them and formed a majority Party after 1928. The ethnic working class and their children made up the most reliable electoral bloc in the Democratic coalition until the late 1960s. Milbank and others believe that they can turn this same trick with a large bloc of Hispanic voters today.

So, we see here a Democratic game plan for the future based on the 1920s model. Edmund Burke once remarked that you can never plan for the future by using the past as a guide, but the political analysts seem, like the military war planners, to be constantly fighting the last war. No one can deny that another ten million voters, about 80% of who would turnout for the Democrats would turn purple states like Missouri and Colorado into blue states and would turn red states like Texas into purple ones. It would also make the Democrats truly unbeatable in the major metropolitan areas.

What is the startling fact here is not that the Democrats are plotting some devious shenanigans and dressing their scheme up as “the right thing to do”. This is their stock in trade, after all. What is remarkable is the fact that Dana Milbank is being as open about this as he seems to be. Milbank, without batting an eye, criticizes his political hero for missing an opportunity to essentially steal another election. He argues that Obama should have acted in an anti-constitutional fashion sooner rather than than later, and that the sooner the outrage was affected then the better things would have gone for the President’s favored candidates and Party on November 4th. The readers should remember this the next time some liberal Democratic talking head, or Op-Ed writer like Dana Milbank accuses the Republicans of being hyper partisan, and entirely political.