Deriding the Wave? The 2014 Election & the St. Louis Post-Dispatch 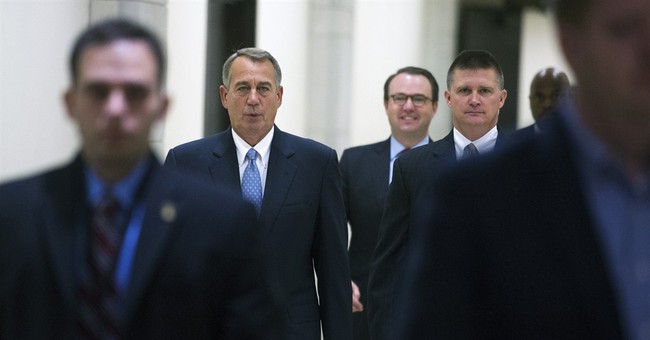 “If you liked the Gilded Age you’re going to love what comes out of the U.S. Congress in the next two years.” These were the exact words churlishly penned by Mr. Tony Messenger, the editor of the St. Louis Post-Dispatch, a formerly great American daily newspaper, on Thursday morning, November 6, 2014. The Post-Dispatch, like most of the liberal mainstream media, was stunned at the breadth and depth of the Republican victory last week and did not know how to comment on this development. After a full thirty-six hours of silence, the PD managed to cobble together a messy editorial entitled, “The Big Red Wave: Republicans Ride Fear and Grumpiness to Historic Victories.” In this wide-ranging piece the PD editors claim that the Republicans won because:

So, the GOP won the election with a blatant appeal to fear? There is, however, a lot more: The Republicans lied about the wonderful economy, they got out their vote, and they benefitted from favorable demographical and geographical factors. The end result, as predicted by the Post-Dispatch, will be a national return to the political and economic policies of the 1880s.

When the PD goes a bit deeper into the analysis, beneath the hyperbole, they claim that this election was bound to be a tough slog for the Democrats. They point out, reasonably, that many of the open senate seats were in reliable Red States, and that of the eight retiring Senators, six were Democrats. Still, this ignores the fact that Republican challengers knocked off Democratic incumbents in Alaska, Arkansas, and most likely in Louisiana, and came within an eyelash of turning the trick in New Hampshire and Virginia. It also discounts the possibility that six Democratic Senators retired because they saw dim electoral prospects ahead in this upcoming election. The PD also notes, reluctantly, that the Administration has been plagued by stumbles, fumbles and bumbles since 2012 that reminds the public of Jimmy Carter at his unlamented best. The Post does not, however, theorize that the people are reacting against incompetence and non-existent leadership.

When the PD accuses the Republicans of lying about the booming economy they move into loony-land. They claim that Wall Street is at record levels, without mentioning that the wild gyrations of the markets since June have cost many investors, at least temporarily, a significant amount of money. The Post says that unemployment is down, but it is still higher than it was through almost all of the two Bush Administrations, and considerably above the figures regularly recorded in the good old days of the 1980s and 90s. Naturally, the PD did not mention the fact that many who have lost positions have been hired for part-time work, and that labor force participation, as a percentage of those of working age, is at Depression-era levels. Similarly, Obama’s claim that income inequality is now the main problem ignores the fact that this has increased faster under his leadership than in any other Presidential administration. These simple statements of fact are dismissed as “…lying about the economic boom…” by the Post-Dispatch.

On the subject of getting out the vote, the Post-Dispatch declared “The Republicans deserve their victories. They got their people to the polls. The Democrats didn’t.” Once again, the Post-Dispatch, like the Democratic Party, is deluding itself. They argue that a few “scattered victories for progressive causes” prove that the country is, in fact, largely center-left, and that simple motivation by the Republicans led to victory. If that is the case how does the Post-Dispatch explain the toppling of Democratic governors in deep Blue States like Illinois, Massachusetts, and Maryland and the near defeats of sitting Democratic Senators in similarly safe country like Virginia, and New Hampshire? The PD can’t really argue that successful get-out-the-vote-drives really made the difference in those states.

The Post-Dispatch had to admit, glumly, that the Republicans won a big victory on Tuesday night. The next step, of course, is to predict what we will see in the next few months, leading up to the 2016 election, which, heaven help us, is already beginning. In a diatribe of class hatred, the PD announced we will get, in no particular order, tax cuts for the rich, lax gun laws, restrictions on women’s rights, and a country bogged down in ideological divisions. This is PD propaganda at its worst. The tax cuts for the rich nonsense never gets old from a stoking the furnace of envy strategy, so the Post-Dispatch and other liberal newspapers will continue to beat that dead horse. Passing lax gun laws might be better characterized as respecting the 2nd Amendment, and yammering on about non-existent restrictions on women’s rights might lead citizens to suspect that the PD editors have stepped through the looking glass.

What we should get with a GOP legislative branch might well be an approval of the Keystone Pipeline, which would underscore the oil and natural gas boomlet that began around 2006. This would also help restore America to energy independence, put us back at the top of the world’s oil and natural gas producers, and would ensure that OPEC’s quiet efforts to kill the American oil boom would, itself, die a quick death. We should also get legislation reducing the corporate tax from the nearly confiscatory rate of 35 percent, and would make America the best place in the world to do business, once again. We should hear a cessation of the amnesty talk coming from Washington, and possibly hear talk about enforcement of our immigration laws, which are among the most liberal in the world. A new immigration bill is not necessary; we need to enforce the laws that exist before we begin changing them. We should see an effort to restrain an increasingly imperious and unaccountable executive branch, and remind the President that we are a constitutional republic, not a dictatorship. The Post-Dispatch cannot handle the fact that this all may be coming, so they engage in obfuscation, propagandizing, and outright falsehoods.

The Post-Dispatch did get a few things right in their piece on the election. The race for the St. Louis County Executive, normally a matter of no national interest, took on a great deal of significance this year, due largely to the disorders, and the still simmering racial tension in Ferguson, Missouri. St. Louis County, which had been solidly Republican as late as 1989, morphed into a “purple” county during the 1990s, became a Democratic-leaning district during the last decade, and is now considered safe Democratic territory. The county voted nearly 57 percent for Obama in 2012. Charlie Dooley, the first African-American county executive had been at the helm of county government since 2003, and had run an administration plagued by incompetence, cronyism, and corruption. A St. Louis County Councilman, Democratic Party member Steve Stenger, defeated Dooley in a primary challenge in early August. Five days after that primary election, which left very hard feelings in the Missouri Democratic Party, especially among Black politicians and voters, the Ferguson situation erupted.

Steve Stenger has borne the brunt of the criticism that still roils St. Louis area politics. Many Black politicians and voters have vowed that they will never vote for Stenger for any office. The hapless Stenger seems mystified by the venomous hatred directed at him from certain circles, and he has pandered throughout the campaign, and the last week. His opponent, a low-key Republican state legislator named Rick Stream chose, for the most part, to eschew the identity politics that lurked beneath the surface of the entire Missouri political scene during the campaign. On election night, what had opened up as a sure Democratic win turned into an old fashioned nail biter, as Steam led from the outset. With 93 percent of the ballots counted Mr. Stream clung to a 2500 vote lead, although that lead had been dropping slowly. The last ballots were counted around midnight, and Stenger pulled out the narrowest of victories, winning by 1768 votes, and a plurality of 47.7 percent, to 47.1 percent for Rick Stream. Very interestingly, the ballots that put Stenger over the top, and spelled defeat for the gracious Mr. Stream, came from the Ferguson area, and surrounding townships.

The Post-Dispatch pointed out, to their credit, that this was quite remarkable. The politicians who capitalized on the Ferguson disorders toyed with the idea of abandoning the Democratic ticket, and many Black voters stayed at home during the election. The Ferguson vote, however, put Stenger over the top and into the winners’ column. The PD also pointed out that not all was forgiven. Stenger’s victory celebration was disrupted by protestors, and fights broke out on the sidewalk outside the hotel where Stenger and his people gathered to imbibe and congratulate each other. The Grand Jury investigating the Michael Brown affair is expected to deliver their findings within the month, and the protest crowd is busy warning the area that a resumption of rioting will commence if charges are not recommended against the police officer involved. This is ominous to say the least.

The mood at the Post-Dispatch brightened considerably on Thursday when a state judge declared that the Missouri constitutional provision mandating that marriage can only legally exist between one man, and one woman , was a violation of the equal protection clause of the U.S. Constitution, and was, therefore, invalid. The state has appealed the ruling, but did not request a restraining order in the meantime. So, the Post-Dispatch has achieved a long-sought goal in this instance. It may not be enough, however, to dry the crocodile tears that they have been shedding since Tuesday, as their cherished liberal myths have been rejected again, and their folk hero President has been roundly rejected by the voters, nationwide.