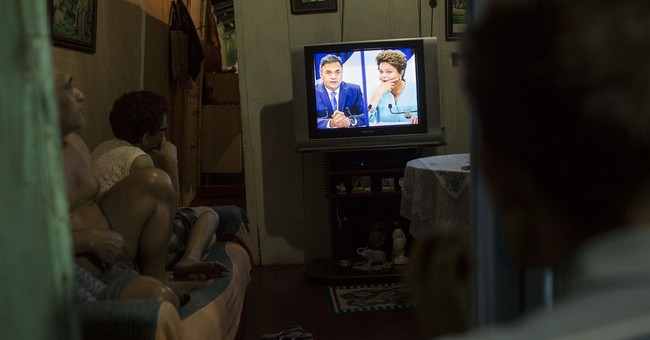 The upcoming election has been the subject of much spilled ink in American newsrooms in recent weeks. The general consensus opinion is that the Republican Party will score a victory on November 4th, and that the only question is the GOP margin of victory, not whether they will win. There are certainly many reasons for Republican optimism heading into the final weeks of the election campaign, but words of caution are in order, too. First of all, the Republicans can self-destruct, as observers have seen before. Secondly, the Democrats will try to steal as many closely contested races as possible, and with the help of corrupt local election judges and minor officials, they stand a fair chance of doing so. So, the Republicans had best not count their chickens before they have hatched. Still, most GOP elected officials, candidates, and pols and most of the pundits believe that the GOP will win.

In certain circles, though, there exists a strange and exotic creature, namely a Republican who hopes his Party will not win the upcoming election. Some of this species claim that their own Party has not earned a victory, and, in terms of failing to enunciate a program for governance, this may be true. However, the criticism of the Party goes deeper than this quibble. The GOP faction that has no interest in victory believes that big Republican wins such as 1980, 1994, and 2010 expose party weaknesses, and leave them overconfident, complacent, and worse yet, out-of-step with the larger electorate. Therefore, the defeat-is-good faction suggests that the Republican Party should go into the tank in ten days, and lose one for the Party’s own good.

Last week in the Washington Post, Michael Gerson, the liberals current favorite conservative Republican, argued the case for GOP defeat on November 4th. He concedes the likelihood of a Republican victory next week, but warns the faithful that victory in a midterm election does not guarantee dominance over the long haul. While this may be seen as a beneficial warning of the dangers of complacency, Gerson allows his establishment and moderate Republicanism to show when he claims that victory will ultimately hurt the Republican Party.

When tackling this question it might be helpful to take a closer look at Michael Gerson’s biography. We see a man of impeccable establishment credentials, who started at the quite conservative Heritage Foundation, but actually migrated to the famously liberal Council on Foreign Relations, where he was a Senior Fellow. In 1996 Mr. Gerson served as a speechwriter for GOP Presidential candidate Bob Dole. This should alarm anyone who really wants a Republican resurgence, although in all honesty, the doomed Dole campaign suffered from more than a muddled message and an inarticulate candidate. Karl Rove recruited Gerson as to the George W. Bush campaign in 1999, and Gerson became chief speechwriter for President Bush from 2000-2006. He resigned his position at the White House, and, as so many have done before, Gerson segued into journalism, moving from Newsweek to the Washington Post. Gerson’s post-political career trajectory is a tribute to his establishment Republican views.

As a Bush speechwriter, Gerson was responsible for executing the President’s own decision to not answer the Democrats and their attacks on the Administration, especially on foreign policy, specifically the war on terror, and the Iraq invasion. This short-sighted policy allowed the opposition Party the opportunity to slander Bush and the GOP with impunity. It also ceded momentum to the Democrats in terms of setting the national agenda, with disastrous electoral results in 2006 and 2008. As an Op-Ed writer and columnist Gerson has regularly criticized conservatives and conservatism. He has argued for amnesty for illegals and accused those who disagreed with being bigots and closet racists. In a separate context , Gerson suggested that Pope Benedict XVI was a Holocaust denier and Nazi sympathizer. Gerson reportedly holds neo-conservative leanings, but his tendency to go all out against the conservative position calls his leanings into question, and is unsettling, at best.

In last week’s column Gerson argued that the GOP should not take inordinate comfort from a victory in the upcoming election. He states, “At the presidential level the GOP brand is offensive to many rising demographic groups.” He adds, “Republicans are often perceived as indifferent to working class struggles because they sometimes are.” He finishes with a flourish when making the liberals favorite anti-Republican argument, namely, “The GOP appeal seems designed for a vanishing electorate.” The supposed GOP “offensiveness” is no more of a problem than the “offensiveness” of the Democrats to many working middle class Americans. As far as the GOP being indifferent to the struggles of the working class, did not a very famous and wealthy Democratic woman, who might well be that Party’s Presidential nominee in 2016, claim recently that she and her philandering ex-presidential husband left the White House completely broke in 2001 and wondered how they would keep a roof over their heads and food on the table? That might strike an impartial observer as being indifferent to the struggles of the working class. Finally, Gerson’s gratuitous claim that the Republicans are wedded to a 1950s nuclear family ideal that is passing away is contradicted by the fact that there is no substantive “gender gap”, since married women vote Republican in generally the same percentages as do men.

Regardless of this, Gerson then argues why Republicans should lose the upcoming election. He claims that Republican midterm victories are the anomaly, as though the Democrats usually win, so the GOP should throw the elections they can win. He argues that “Some Republicans seem content with the decline of the Party”, and he tips his hand at the end to say that the Republican Party must seek “A more inclusive political appeal.” Well, well, well we see Gerson making the liberals argument that the Republican Party is the vehicle for Tea Party crazies, religious nutcases, the he-man woman haters club, and assorted loons who cost the Party the votes of the sensible, ordinary Americans. In reality, Gerson’s argument falls apart under closer scrutiny. Consider for a moment what would have happened if the Republicans had lost their three biggest wins of a generation. Would America have been better off with four more years of Jimmy Carter after the 1980 election? How about Newt Gingrich and the Republicans fumbling the 1994 landslide? Imagine House Speaker Dick Gephardt working with the Clinton family to foist Hillarycare off on the people. Finally, the nation got lucky since the startling rebuke issued to Obama and Co. in 2010. We have grown worse off since 2010, but would be sinking in deep water with unchallenged Democratic control of the Presidency, the Senate and the House of Representatives…as was indeed the case of 2008-2010. The answer to each of these hypotheticals is a resounding “Of course not”, and only a fool would think otherwise.

As to Gerson’s comment that “Some Republicans are content with…Party decline”, the answer to that aside is certainly in the affirmative. The establishment Republicans of the 1960s and 70s exemplified by the likes of Jerry Ford, Bob Dole, and Jack Danforth, were very content with Republican decline. They won elections and joined all the right clubs in Washington, they knew that their small numbers meant that they could not challenge the status quo, and they were comfortable slowing, but not turning back the Democratic welfare state juggernaut. The new crop of conservative Republicans want a Party that stands for something and does not measure success in terms of simply holding the line. They represent the best of the old Reaganesque exhortation of “…no pale pastels!”

Finally, this is the real point of Gerson’s essay. He is arguing for a return to the moderate Republicanism of the 1970s. The restrained and unthreatening center-right heartland GOP types who came to Washington during that decade generally exhibited some conservative leanings early in their tenures. Over the course of a few years most of them fell into line and simply “opposed” the democrats by questioning levels of spending, and forcing reallocation of resources by cutting funding in some places, while expanding it in others. This came to be known as “Me-Too Republicanism”, meaning that the GOP did not challenge the basic democratic agenda, they simply questioned the size and scope of the projects. Is it any wonder that they never accomplished much of any real importance?

Gerson concludes his Op-Ed by warning, “The greatest obstacle to GOP success may well be a mistimed victory.” So there, you have it! A reputed Republican commentator arguing against his own Party in an upcoming election. It is high time that the Republican leadership repudiate the Me-Too faction of the Party, represented by the likes of Michael Gerson. The GOP faithful should, at least, expect the national leaders to want to win, and to proceed accordingly.