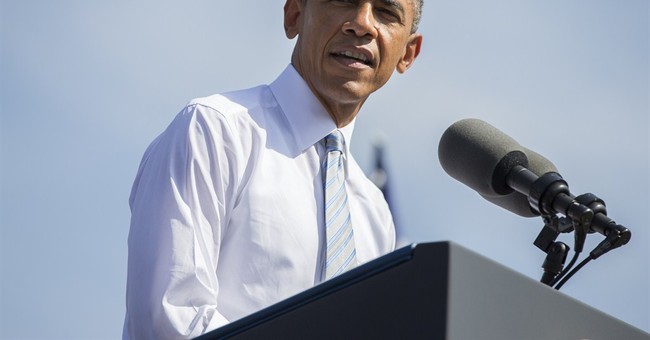 Harry Truman once humorously noted, “If you want a friend in Washington get a dog.” If President Obama had a sense of history he might do well to remember this waggish remark, especially if one reads the torrent of abuse emanating from the Washington Post and directed at Leon Panetta, former Obama Administration director of Central Intelligence, and Secretary of Defense, for his new book criticizing the Obama Administration. Last week, on the pages of the Post, that venerable bastion of fashionable liberal opinion, resident columnist Dana Milbank expressed his anguished outrage at Mr. Panetta for his supposed “stunning disloyalty” toward his former superior, President Obama. Milbank, in high dudgeon, argued that Panetta’s “…level of disloyalty is stunning…” and he went on to point out the ill-effects of a former Obama official criticizing the chief during the midterm election campaign. Dana Milbank’s broadside, however, says more about himself, the Washington Post, and the liberal worldview than it does about Leon Panetta’s supposed ingratitude toward the man who hired him.

In this piece Milbank makes no attempt to conceal his dismay at what he openly terms the “disloyalty” of the former Obama Administration officials who criticize the boss after leaving office. He notes correctly that former Defense Secretary Robert Gates and the famously financially impoverished ex-Secretary of State Hillary Clinton have recently published books criticizing Obama for his various missteps in office, largely over foreign policy matters. Milbank argues that former administration officials should maintain a code of silence, while the boss is still in office. He continues that this lack of what he refers to as “message discipline” encourages administration critics, and offers Obama’s Republican adversaries plenty of material with which to bash the President. Milbank illustrates this maxim by pointing out that Bobby Jindal, the GOP governor of Louisiana, used Panetta’s criticisms as a handy cudgel to bash Obama and his feckless foreign policy. As Milbank phrases it, “Whatever Obama’s difficulty is inspiring loyalty among former aides, it is delighting conservatives and Republicans.”

In his rush to defend President Obama, and to attack the critics, Milbank inadvertently gives away the game. The mainstream media, exemplified by the Washington Post, have surrendered their legitimate role as reporters and interpreters of the news. They have become, as Milbank admits, cheerleaders for the Obama Presidency and, in fact, have morphed into an adjunct of the Democratic National Committee. Consider, for a moment, Milbank’s critique of Leon Panetta’s book. Milbank argues that “…this criticism would be dismissed as mere partisan sniping-if Panetta weren’t a Democrat who has served as Obama’s CIA Director and Defense Secretary.” Milbank obviously hopes and believes that the Democrats should circle the wagons and fight for the President at all costs. He notes that Bobby Jindal gleefully “…embraced Panetta as if he had just endorsed the Louisianan’s presidential campaign.” Clearly Milbank cares nothing for the legitimacy of Leon Panetta’s criticisms of the Obama foreign policy, he simplistically fears that this extends aid and comfort to Obama’s Republican foes.

A closer look at Milbank Op-Ed reveals some other fascinating and illustrative nuggets. Many critics of the Obama managerial style argue that the President surrounds himself with sycophants and yes-men in his inner circle and among policy counselors. Milbank freely admits that this is true, breezily writing “…Obama rewards and promotes loyalists.” He cautions that Obama’s rumored deep intellect turns off mere mortals who, consequently, develop no personal attachments to the dear leader. Still, when all is said and done, Milbank does reinforce that Obama, supposedly the smartest man alive prefers to associate himself with yes-men and loyalists who tell him what he wants to hear. Obama is not a George Washington, who surrounds himself with the best minds available and makes use of their priceless advice. He more closely resembles Woodrow Wilson, a natural loner who loved few people, and trusted no one. Milbank tries to explain this away by claiming that Obama is too intelligent for his own good, and this “cerebral” nature intimidates subordinates, who take their revenge by sabotaging the chief, after the fact.

Mr. Milbank’s frank and somewhat startling admission that President Obama surrounds himself with toadies and flatterers raises many more interesting questions. Undoubtedly, Townhall readers will remember back around 2006, when the Bush Administration critics, including a then- freshman U.S. Senator from Illinois named Barack Obama, charged that the 43rd President had surrounded himself with a coterie of second rate advisors who functioned as courtiers, gratifying the President, telling him what he wanted to hear, and hoping to advance themselves in the process. As the story went, this led to a national leader who found himself dangerously isolated and out-of-touch with the world and the concerns of ordinary Americans. Now, we have a mainstream media member freely conceding that this narrative perfectly applies to President Obama. In the Washington bubble Obama is increasingly isolated and surrounded by unqualified sycophants, posing as counselors. Furthermore, Obama is showing himself as more petulant and testy than ever, hoping to ignore bad news and growing increasingly out-of-touch with reality while hunkered down in the White House. Isn’t this what many Americans claimed to be voting against in 2008?

The fact that the mainstream media is now working openly for the Democrats comes as no surprise. Townhall readers of a certain vintage will remember the media enlisting in the Walter Mondale campaign back in 1984, and in the first Clinton campaign, eight years later. What is surprising is the fact that the elite columnists like Dana Milbank make little or no effort to conceal their partisan sympathies, see no irony in claiming to be watchdogs for the public, and spin preposterous theories claiming that their chosen leader is failing because he is too intelligent to be the President of the United States of America. We need not fear that Milbank and the gang at the Washington Post will ever be accused of “disloyalty” toward the Democratic Party, and President Obama!