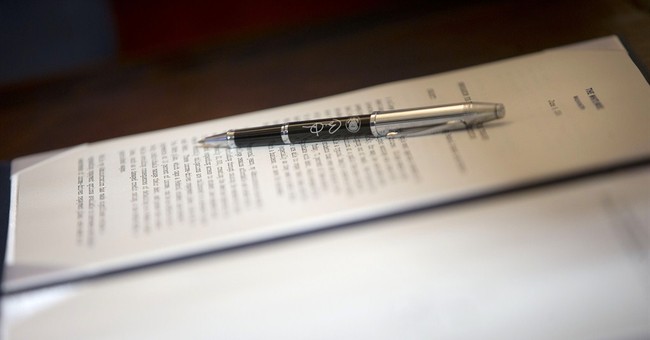 Last week, the St. Louis Post-Dispatch, the troubled bastion of mainstream liberal journalistic thought in the great American heartland published a short, but typically piquant editorial piece slamming Patrick J. Buchanan for his soon-to-be released memoir of the 1968 Presidential campaign entitled, “The Greatest Comeback: How Richard Nixon Rose From Defeat to Create a New Majority.” The Post-Dispatch, anticipating the release of Buchanan’s work launched what may be charitably labeled a pre-emptive strike on Buchanan, even though his new book does not concern the PD. Tony Messenger, the newspaper editor, picked an unnecessary fight with Pat Buchanan, and, like a good modern liberal, Messenger ignored reasoned debate, filled his piece with snarky personal attacks, questioning of opponents motives, and an overpowering sense of preening moral superiority.

The reader might, at this point, legitimately ask: Who cares about the St. Louis Post-Dispatch? Actually, very few people care about the PD if one considers their sinking subscription and readership numbers. This anti-Buchanan editorial does, however, offer a clear window into the liberal mind at work in a major metropolitan daily newspaper. It is not a pretty picture.

First of all, a little background is in order here. Patrick J. Buchanan, the conservative titan, is certainly familiar to all Townhall readers. Buchanan started his career as an editorial writer at the old St. Louis Globe-Democrat. After three years as an editorial page assistant editor, a debater against student radicals at Washington University, and a general man about town, Buchanan, chagrined that his employer had declined to endorse Barry Goldwater in the 1964 Presidential campaign, decided that he had accomplished as much in St. Louis as possible, and he began to explore other employment options. He signed on as a media liaison to the nascent Nixon-For-President-in-’68 campaign at the beginning of 1966, after meeting the former Vice-President at a house party in Belleville, Illinois. Buchanan has now written his book on the 1968 campaign, using as his primary sources the thousand pages of memos he wrote to Nixon as a senior advisor, and the candidate’s responses.

For some unknown reason, the Post-Dispatch has decided that this is their business. They begin their editorial piece by lobbing personal insults at Pat Buchanan, the target of their ire. As the editorial states, “We’re not sure that there’s room in St. Louis for yet another blowhard editorial writer, particularly one with a worldview as skewed as Pat Buchanan’s…” Why is that the case? Does the PD believe that they already have a monopoly on that particular position? The editorial then states, “…Buchanan recalls his time in St. Louis as an editorial writer for the long defunct Globe-Democrat…” The Globe-Democrat is indeed defunct. The venerable paper was the main casualty of a collusion agreement, in violation of anti-trust laws, involving SI Newhouse, Inc. the parent company of the Globe-Democrat, and Pulitzer Publishing Inc. the parent company of, yes, the St. Louis Post-Dispatch. The collusion agreement, which brought Newhouse into a fifty year profit sharing arrangement with Pulitzer Publishing, put the Globe-Democrat out of business in late 1986.

At any rate the editorial continues in the same insulting and charged tone. Buchanan explains, in his book, that he was losing interest in the daily grind of editorials, mainly on state and local issues. The PD response was characteristically harsh, “For those in our business who have been at the craft for much longer than three years, and who still maintain a high level of enthusiasm for making the world a better place, we say: Good Riddance.” Note the undiplomatic nature of this slam. The Post-Dispatch editor says nothing about a former colleague making a jump into politics, does not congratulate this man for finding his calling outside of journalism, does not note that he has succeeded beyond a mere editorial writer’s wildest dreams, it simply applies a disdainful and summary epitaph to the man’s career.

The editorial goes on to state, “…we’re not sure he would have cut it as an editorial writer much longer anyway.” This is quite a possibility since the late 1960s was the heyday of post-war American liberalism, and most of the major newspapers were surrendering to the New Left, leaving little room for conservative firebrands like Pat Buchannan. The editorial finished with a flourish, stating that Buchanan fed Globe-Democrat publisher Richard Armitage a 2,000 word feature on putative candidate Nixon, which the Globe published under Armitage’s own byline. The PD take on this episode was characteristically smarmy: “A career writing stale talking points was launched.” In his finish to the editorial Mr. Tony Messenger unwittingly shows his own petulance and contempt for reasonable debate. He challenges Buchanan’s motives, and his overall ethical base. He contrasts his own moral superiority (“…trying to make the world a better place.”) with his adversaries moral bankruptcy. Finally, he takes a slap at Buchanan’s abilities, stating that he would not have lasted long in the newspaper business, so he fled to the world of politics.

Do we sense a dollop of professional envy in this editorial? Is Tony Messenger slightly jealous of the fact that Pat Buchanan left St. Louis for fame and fortune, while Messenger remains stuck in the heartland? Those few people who read the Post-Dispatch note the paper’s continuing lament that St. Louis is not New York, San Francisco, Washington, or Boston and the corresponding exhortation to the area to become more like the aforementioned cities. It seems that Tony Messenger seems uncomfortable with his own position and he resorts to attacking Pat Buchanan.

Yes, last week the Post-Dispatch picked an unnecessary fight. They waded into something that was none of their own business, and created an “issue” with Patrick J. Buchanan. This seems to have been motivated solely by the petulance of the PD editor, Tony Messenger, and his desire to bash PJB. Finally, when we consider the conclusion to the editorial, we realize that Tony Messenger is clearly wrong in his assessment. Patrick J. Buchanan, the originator of the phrase “The Silent Majority”, and the best-selling author of many books, and countless commentaries and opinion pieces never wrote “talking points”. That practice and the silly name applied to the practice was a creation of Bill Clinton, perjurer, petty criminal, serial sexual harasser, and Democratic Party folk hero. Still, no one ever expects factual accuracy from the St. Louis Post-Dispatch.