A Tale of Two Authors 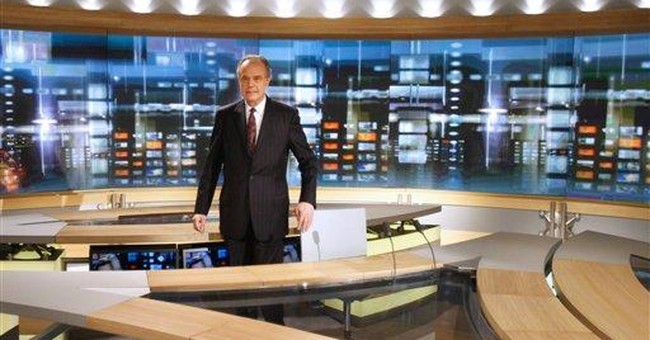 At first glance one would be hard pressed to align David Horowitz and Sir Salman Rushdie on any socio-cultural barometer together, but this is no longer the case. Last week a story broke that Saint Louis University rescinded an invitation that the institution had extended to David Horowitz to speak at the school on October 13th. Horowitz, the ex-radical turned caustic critic of the New Left, planned to speak of the dangers of Islamic radicalism around the world. The title of his talk, “Islamo-Fascism and Civil Rights” worried the university administrators and, after protests from faculty members and, apparently a Muslim student group, the university caved and “disinvited” Horowitz on September 30th. On October 7th, Sir Salman Rushdie spoke at Saint Louis University as a celebrated guest, honored by the institution and the broader community as the 42nd recipient of the St. Louis Literary Award, an accolade presented annually to a distinguished man/woman of letters. The irony of this situation, apparently lost on the Saint Louis University Administration, is almost irresistible. Rushdie, a man of the left who understands firsthand the dangers of Islamic extremism is welcomed, feted and celebrated by the academic-intellectual community while Horowitz, a conservative thinker who has attempted to alert the world to the dangers posed by Islamic extremism is shunned and silenced.

This remarkable story unfolded in late September. The Saint Louis University chapter of the College Republicans along with the local representatives of the Young America’s Foundation navigated the university bureaucracy and arranged for Horowitz to address the SLU community. Horowitz has delivered essentially the same lecture at many college venues over the last few years and, in a letter to Dean Scott Smith of Saint Louis University protesting his disinvitation, Horowitz pointed out that he always took great pains to state for the record that Islam is not evil, and that the vast majority of Muslims are peaceful and do not subscribe to the jihadist view, and that his campaign was in no way an attack on Islam, but was a condemnation of extremism and militancy. The university initially agreed to sanction the Horowitz event. Late last month, however, the university officials backtracked and reversed their earlier decision. A spokesman claimed that the title of the Horowitz speech was “…poorly and unwisely chosen”, that the Administration worried that the talk would be seen as “…attacking another faith and causing derision on campus” and finally concluded that allowing a Horowitz speech would compromise the university’s “Jesuit mission and values”. The university suggested a watered-down version of the event, which the organizers rejected, and the Administration duly cancelled the scheduled appearance and public lecture. David Horowitz vigorously protested, as noted earlier, in a sternly worded letter to Scott Smith, Saint Louis University Dean of Students and Assistant Vice President of Student Development.

While this unpleasantness played itself out, the Saint Louis University campus community enthusiastically opened itself to Sir Salman Rushdie, the acclaimed novelist. Rushdie, the Indian-born British citizen, is best known to the general public for his 1989 work “The Satanic Verses”, the publication of which resulted in a formal threat to Rushdie’s life in the form of a “fatwa”, a form of sanctioned murder pronounced by the Iranian Ayatollah Khomeini, for the alleged crime of slandering Islam. Rushdie’s work was banned in his home country, he barely avoided a bombing attack in London, and he went into hiding for a number of years when Scotland Yard informed him that they could not guarantee his personal safety. Rushdie came to the Saint Louis University campus and delivered a benign and generally unmemorable talk mainly concerning the literary craft. In an interview with the St. Louis Post-Dispatch, Rushdie complained that “The Satanic Verses” was a literary work mistakenly viewed as political and argued that he never intended to offend anyone with his writing. He asked that it simply be discussed as a novel. Rushdie, understandably, has little good to say about the Iranian government but chose his words very carefully when queried.

All things considered, Sir Salman Rushdie is praised and honored on college campuses today. Why? His literary achievements merit admiration, but it could be that the well-known tendency of supposedly egalitarian Americans to be bowled over by titled Englishmen plays a role here. Sir Salman Rushdie, obviously, is a Knight of the British Empire and he trades on this fame. It is more likely, though, the fact that Rushdie has been and remains a man of the political/cultural left that explains his red carpet reception on today’s politicized college campus.

The fallout of these incidents is now clearly appearing. The Saint Louis University administrators, now under fire from campus organizations like the conservative National Association of Scholars and the liberal leaning American Association of University Professors, is now bobbing and weaving, claiming to have been misunderstood and insisting that they never rescinded the Horowitz invitation. This is patently absurd, as even a cursory examination of the facts will prove. In any event, Saint Louis University remains blissfully unaware of the irony involved here. The University censored and silenced the voice of a writer/lecturer who planned to denounce those forces who threatened the life of the University’s October 7, 2009 distinguished honoree.

What is one to make of this situation? Sir Salman Rushdie, a liberal’s liberal, receives an award and speaks his mind at a major American university. David Horowitz, a former liberal turned conservative firebrand, is denied an opportunity to speak due to the spineless political correctness of the university administration. Saint Louis University, once a leader in true faculty and student diversity, has surrendered to the stultifying straitjacket of political correctness. This once great institution of learning is now showing itself as a closed fraternity, tiptoeing on eggshells lest it offend a favored liberal victim-constituency, and refusing to allow real diversity on the campus by censoring the likes of David Horowitz. Parents of prospective students who hope that their children receive a truly liberal education, alumni of Saint Louis University, and anyone else considering a gift to the institution should take special note of the recent events in midtown St. Louis. For Saint Louis University, founded in 1818 as the first American institution of higher education west of the Mississippi River, this is indeed a sad and dark day!