The Duty of the Opposition Party is to Oppose 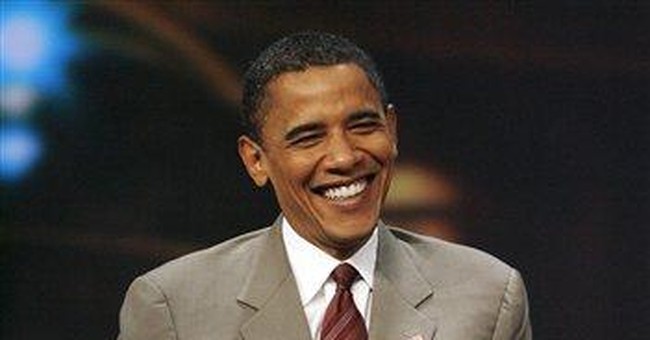 The baleful events of November 4th have unleashed a torrent of howling, recrimination and demonstrative public soul searching as the politicos, pundits, and public attempt to determine the future of the defeated, and presumably chastened, Republican Party. Spokespersons for the various interest groups and movements are busy charting new courses that will transform the GOP into variously, the Junior Democrats of the 1970s, a sort of European technocratic-managerial Party based on the British model, a social issue-averse libertarian clique, or a combination of all three, and probably more. The Republican search for a coherent identity, as the clear minority is indeed necessary and proper, since the Party numbers are worse than they have been at any time since the late 1970s.

In the process of sifting through the wreckage and beginning a salvage operation the Republican Party would be well advised to harken back to its past for a historical precedent. In 1938 the citizens of Ohio sent Robert Taft, a noted attorney and son of ex-President and ex-Supreme Court Chief Justice William Howard Taft to represent the Buckeye State in the U.S. Senate. Taft quickly established himself as a conservative leader and eloquent critic of the New Deal and the welfare state. The Republican Party, then as now, was at low ebb and searching for a coherent national identity. Senator Taft offered a course when he stated, “The duty of the opposition Party is to oppose…” In practice this developed into an anti-New Deal coalition of Republicans and conservative Democrats who were growing increasingly uneasy with the statist thrust of Roosevelt’s policies.

Today’s Republican Party should remember and emulate Taft’s example. The country is better served by a vigorous public debate between the agencies vying for power than by a dominant organ setting the national agenda while the defeated group hurries to jump aboard the bandwagon. The Republican Party will also find its character in the process of redefining its role in the new political landscape of 2009 and beyond.

The major practical difficulty inherent in such a strategy would be in translating Taft’s dictum into a workable policy. The Republicans must guard against the temptation to sink into mere obstructionism and negativity. They must organize and present a principled opposition to Obama’s neo-Social Democracy by offering clearly defined conservative, market based alternatives. It is critically important that the Party reinvigorate its relationship with the conservative think tanks so that it can again become a party of ideas and not simple politics.

The second phase of this Republican renewal plan is arguably more important than the first. The Party must design and implement an effective media strategy, in order to trumpet the new message. Recent history teaches us that largely correct policy fails in the marketplace of ideas when employed by ministers who cannot articulate goals, values, and grand strategy. This new Republican offensive must relentlessly characterize the ideas behind the rhetoric. They must concentrate on the oft-maligned “mainstream media”, that is the Broadcast and Cable networks, along with the important daily newspapers and the major weekly news magazines. Certainly, a Republican project must also target the alternative media like talk radio, the opinion e- journals, and the weblogs. Finally, the Party should take a page from the Clinton playbook and issue an avalanche of e-mail messages and FAXES, on a daily basis if necessary, to keep the public informed and poised for the next step in the continuing offensive.

Therein lies a potential Republican political strategy. What are the chances that this strategy could succeed? In the current climate, with the Republican Party teeming with accommodationists and opportunists, not to mention the RINOS (Republicans In Name Only) the chance that an avowedly conservative opposition strategy would succeed is a questionable proposition. Still, the conservative opposition led by the likes of John Shadegg, Mike Pence, and Eric Cantor might just make this work. If they do they can thank Robert Taft and his famous epigram that “The duty of the opposition Party is to oppose…” for a roadmap and a historical precedent.