Brian and Garrett Fahy
|
Posted: Jul 01, 2017 12:01 AM
Share   Tweet
The opinions expressed by columnists are their own and do not necessarily represent the views of Townhall.com. 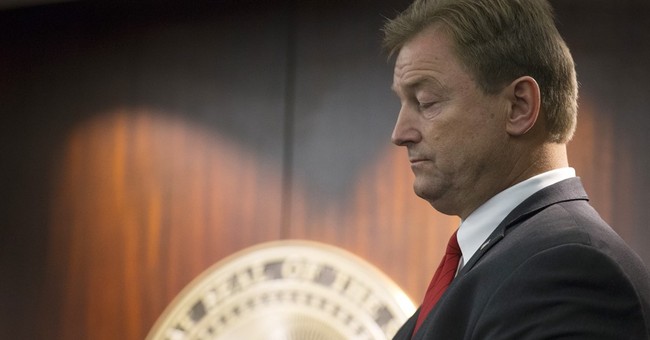 Senate Republicans this week skipped town without voting on the Republican alternative to the Affordable Care Act (ACA) because many GOP senators (Portman, Collins, Murkowski, Heller, etc.) appear to lack the political courage to repeal Obamacare.

Predictably, the blame game has started: it’s Mitch McConnell’s fault; it’s Trump’s fault; it’s the House’s fault; it’s the fault of those senate “moderates” (Susan Collins, Lisa Murkowski) or “conservatives” (Mike Lee, Ted Cruz).  Or: reform is too complicated; it cuts Medicaid too much; it will leave too many without coverage--as if guaranteeing coverage is the federal government’s job.

Beyond the personal finger pointing and the substantive excuses, the real reason for the Senate GOP’s failure to deliver is much more pedestrian: some senators want re-election more than repeal. Exhibit A: Nevada senator Dean Heller. According to the Washington Post, Sen. Heller, whose opposition to the overdue Medicaid reforms proved decisive, refused to back the reform bill because he was instead, “doing what’s best for his state and Heller.”

Bold leadership this is not, but it is instructive. Those members doing what they (falsely) think will best help them get re-elected, keeping 80 percent of the ACA and its bloated Medicaid expansion, are inviting their own demise.

As the Senate GOP should know by now, nothing’s more offensive to a voter and therefore politically suicidal than failing to deliver.  GOP congressional candidates made all kinds of promises during Obama’s administration (repealing the ACA, reigning in the EPA, stopping Obama’s rewrite of immigration laws) only to fail time and again.

Frustrated by national Republicans’ failures to deliver, Republican voters in 2016 kicked to the curb all the establishment candidates (the Hellers, Portmans, Murkowskis and Collinses), and went with Mr. Drain-the-Swamp.  He won, and after the House passed the American Healthcare Act (AHA), Republicans are halfway to making good on a long term promise.  And while the AHA isn’t perfect (what legislation is?), it’s a good and necessary first step.

And taking this first step and delivering on a central campaign pledge would give Senate Republicans a stronger hand in the 2018 midterms, when Republicans defend eight seats and Democrats defend 25, than passing a watered-down bill that keeps much of Obamacare in place. No one campaigned on repealing and replacing 30 percent of Obamacare.

Not only is passing the AHA (or some version of it) good politics, it’s good policy: it’s unquestionably better for patients, doctors, and the federal balance sheet, and it’s vital to re-calibrating the proper relationship between citizens and the federal government, which was distorted by the ACA’s mandates, taxes, and Medicaid expansion.

In view of this, only two options are possible: Either senators like Dean Heller never believed in the merits of ACA repeal in the first place, in which case they misled the voters all along; or they do believe in the merits of repeal but simply lack the courage or conviction to finish the job.  Either position is reason enough to repeal and replace senators like Dean Heller in 2018.