Brian and Garrett Fahy
|
Posted: Jul 15, 2016 12:01 AM
Share   Tweet
The opinions expressed by columnists are their own and do not necessarily represent the views of Townhall.com. 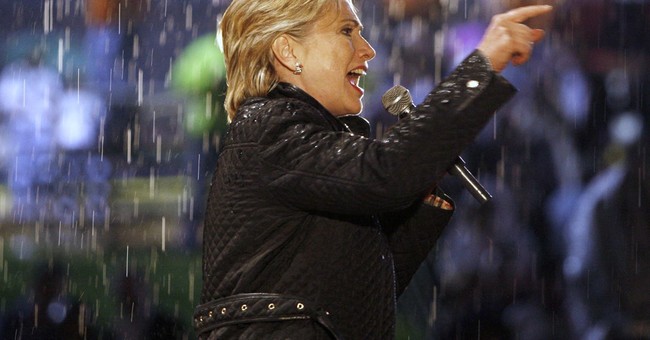 Unfortunately for the country and the rule of law, FBI Director Comey’s public remarks at the FBI and before Congress last week raised many more questions than they answered about Hillary Clinton’s extremely carless use of private email, possession of classified information, and exchange of sensitive information across unsecured devices while Secretary of State.

The more salient questions are the following.

Why was Hillary not questioned by the FBI under oath?  In the most basic of car accident cases, where nothing secret is on the line, and no foreign intelligence agencies are trying to steal sensitive information, all parties and witnesses are questioned under oath and subject to the threat of perjury.  Yet Hillary was allowed to answer questions informally.  Why?

Why was there no written record of the FBI’s questioning of Hillary? To return to our car accident case example, every deposition in a civil litigation is recorded, under oath, by a certified court reporter, for the purpose of locking in a witness’ testimony in a permanent record, which allows an opposing party to impeach the witness’ credibility at trial if the witness changes his mind. In this case, there is no transcript from Hillary’s questioning, so Hillary’s credibility cannot be impeached in this way, though there is a plethora of evidence suggesting her credibility is in question.

Did Hillary lie to the American people, the Congress, or the FBI about her email practices? Based on Hillary’s (now known to be false) testimony before the Congress last fall on the Benghazi attack, juxtaposed with Director Comey’s detailed recitation before Congress of the falsity of her public statements (thank you Rep. Trey Gowdy), the nation knows that Hillary, for over six months, lied to everyone about the nature of her email server, the classified contents thereon, and what she sent and received over that server.

As America learned from Bill Clinton’s presidency, lying to the American public is not a crime per se, but lying to authorities, under oath, is.  How rich that the next Clinton vying to be president may well be hamstrung by the same charge that ensnared the first Clinton, perjury.  Along with perjury, officials may well want to consider obstruction of justice for Hillary and her team’s willful destruction of emails and refusal to turn over 30,000 documents to investigators.

Again returning to the basic civil litigation scenario, if after receiving a request for production of documents from an opposing party, a responding party destroyed 30,000 documents on their own, and fancifully claimed, as Hillary did, “nothing to see here, the emails were just about my yoga classes,” that party would be subject to monetary sanctions (fines) and evidence sanctions, precluding their ability to introduce evidence at trial.

When Hillary Clinton and her lawyers destroyed over 30,000 documents, claimed that many were lost forever, only to find out many were recoverable and contained classified information, what was the punishment? Was Hillary fined or sanctioned in any way? No.

Finally, how can Hillary possibly claim any entitlement to a security clearance after this episode? Top secret security clearances are not handed out based on popularity, but on need, careful screening of one’s background, and the promise to comply with the rules governing the handling of sensitive information.  They are extremely expensive to obtain and are a privileged asset for any holder.  Hillary has been shown to be extremely care less with the most sensitive information in our nation (“Special Access Privilege” documents).  Yet she will retain her security clearance?

Much has been said about the David Petraeus incident, where he willingly gave classified information to his mistress/biographer and was prosecuted.  But two distinctions deserve mention: first, no national security secrets were exposed there; and the mistress/biographer also had a top secret security clearance.  Neither was true with Hillary’s email use.  But instead of being prosecuted and kicked out of the presidential campaign, she is well on her way to the Oval Office.  It’s good to be a Clinton.

Though Hillary may have escaped prosecution by Loretta Lynch’s Justice Department, she is clearly not out of the woods yet, because so many weighty questions remain to be answered, ensuring the last chapter has not been written on this tawdry episode.