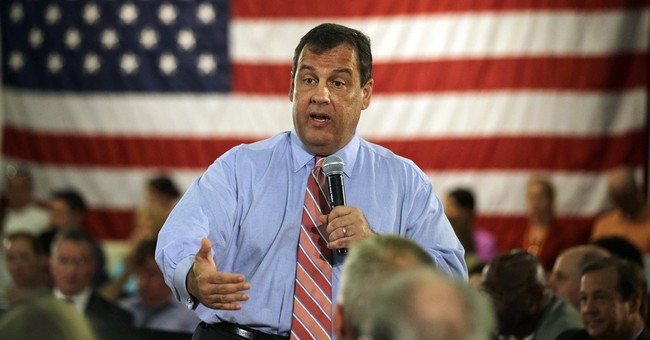 What does national rejection of a President, and his party, look like? On Tuesday, it looked like this.

The GOP gained sixteen seats in the House of Representatives, giving it the largest majority it has had since 1929. The GOP won seven, though possibly nine, U.S. Senate seats to take control of that chamber away from Mr. Do Nothing, (former) Majority Leader Harry Reid.

Significantly, the GOP won the Senate race, and narrowly lost the governor’s race, in purple Colorado, the most important bellwether state that Obama twice carried.

The Democrats’ false “war on women” narrative was definitively rebutted when some of its loudest proponents were defeated. Abortion champion Wendy Davis got trounced in the Texas governor’s race, Colorado Senator Mark “Uterus” Udall was handily defeated by Cory Gardner, and contraception queen Sandra Fluke failed in her bid for a California state senate seat.

Demonstrating what true female political accomplishment looks like, the GOP elected women across the country in historic races: Susana Martinez was re-elected as the governor of New Mexico; Mia Love won a Utah congressional race and will be the first black Republican woman in Congress; Iraq war veteran Joni Ernst won an Iowa Senate seat, and is the first woman elected to Congress from Iowa; and in New York, 30-year-old Republican Elise Stefanik became the youngest woman ever elected to the House of Representatives.

Three obvious questions emerge: how did this happen, what happens next, and what about 2016?

To the first question, the answer is: a perfect storm consisting of a much improved Republican effort, and deep dissatisfaction with Democrats and their failings. The Republican establishment in D.C. drafted and funded better Senate candidates (and defeated riskier Tea Party candidates) who stuck to the basics -- the economy, jobs, healthcare and foreign policy -- and steered clear of divisive wedge issues. A politically disciplined GOP can win, especially when aided by Democratic ineptitude.

The Republican effort was made easier by six years of rank Democratic incompetence. Obamacare remains extremely unpopular, as does its namesake. Also, the country is rightly sick of the unending parade of scandals – Fast and Furious, Benghazi, IRS targeting of conservatives, green energy scams – and voted against the party that invited them.

Also, one clear lesson is that in a time of big challenges (jobs, ISIS, immigration), running on purported solutions to nonexistent ones does not work. Political wedge issues dressed up like national priorities, such as the minimum wage, “equal pay” bills, and climate change, are not winners. One of the best results from Tuesday is that the environmentalist mafia is $85 million poorer, having spent richly for little result: only two of the six candidates it supported survived the GOP wave.

Finally, it always comes back to the economy, and Americans rightly believe the economy can do better.

Secondly, what happens next?

If the new Republican majorities are smart, and Tuesday suggests they may be, at least for the moment, they will cut short any celebrations and get to the business at hand. What is that business?

On Obamacare, repeal or provide clear legislative exemptions to the most odious aspects of the unpopular monstrosity: the individual mandate; the employer mandate; the medical device tax; and the requirement that people forfeit their current plans and doctors.

On immigration, the GOP can offer Obama a deal he can’t pass up: a real fence plus 25,000 more border agents and deportations for violent criminals in exchange for a guest worker plan and a path to legalization in two easy steps, with up or down votes on both bills.

On taxes, reduce the corporate tax rate, reduce the top marginal tax rate, kill the estate tax for good, and phase out some of the corporate and individual tax breaks that distort the tax code and create perverse economic incentives. Then repatriate offshore corporate earnings to show corporations that America welcomes its business and will not confiscate its success.

Finally, what are the 2016 implications?

First, as head of the Republican Governors Association, New Jersey governor and presumptive 2016 White House aspirant Chris Christie will rightly claim credit for Tuesday’s astounding gubernatorial successes. With little fanfare, Christie traveled the country raising money and momentum for overlooked governors. Those who won tight races may owe him, and will return the favor when Christie makes a push for the Oval Office beginning next year.

Second, Wisconsin governor Scott Walker claimed the greatest single victory of any Republican. For the third time, he handily beat the national Democratic/labor union machine. Given this, and the policy achievements he can claim, he will be primed for a 2016 run at the White House.

Third, as rightly noted by Rand Paul, Hillary Clinton showed on Tuesday night that she cannot deliver wins for Democrats, even in blue states. Democrats looking for a down ticket recovery in 2016 will rightly be skeptical of her ability to produce wins in Congress. Also, given the sound rejection of the Obama administration’s failings, Hillary cannot point to her time as its former Secretary of State to buttress her meager credentials. This leaves her with her record as an embittered first lady and inconsequential liberal senator. We’ve seen how the latter turn out as president.

Finally, there are now more Republican governors than at any time in recent memory, even in solidly Democratic states. These governors will have the opportunity to improve the Republican brand by demonstrating Republican competence in governing, and set the stage for a Republican presidential victory in November of 2016.