Brent Bozell and Tim Graham
|
Posted: Jul 12, 2019 12:01 AM
Share   Tweet
The opinions expressed by columnists are their own and do not necessarily represent the views of Townhall.com. 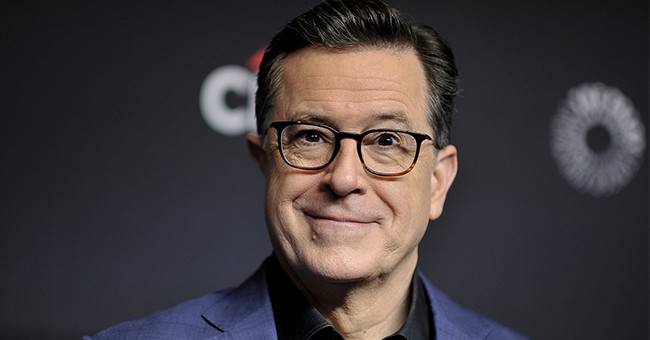 CBS-owned Showtime has created a Trump-blasting animated series called "Our Cartoon President," reminiscent of that George W. Bush-bashing "Lil' Bush" series that Comedy Central made while Bush was in office. Can you imagine Showtime having aired a president-mocking cartoon while Bill Clinton or Barack Obama were in office? How about one about President Hillary? They wouldn't dare.

Showtime thinks it's funny to claim that conservatives say they are "oppressed" and need a "safe space." The network says its "cutting-edge comedy presents the truish adventures of Trump ... and his family."

"Truish." That word gives you a clue. It's like the truth.

The executive producer is CBS late-night star Stephen Colbert, so the "truish" part is fascinating. In 2005, Colbert was celebrated for mocking then-President Bush with the word "truthiness," insisting, "We're not talking about truth. We're talking about something that seems like truth -- the truth we want to exist." It was celebrated by Merriam-Webster as word of the year in 2006.

"Truthiness" perfectly defines this nasty cartoon, made by a nasty man who announced on national television that this president's mouth is a holster for Russian President Vladimir Putin's penis. He presents Trump and conservatives as the worst kind of loathsome idiots, because that's the truth he wants to exist. It's "his truth," as the left so illogically tries to explain these things. It's just another dose of ongoing therapy for liberals who feel oppressed because Trump is president.

In the July 7 episode, titled "Save the Right," a cartoon Ben Shapiro convinces doltish Trump to sign an executive order declaring conservatives a protected class. Shapiro tells Trump, "someday we will achieve true equality and be able to wear a Confederate flag unitard to Soulcycle," the indoor-cycling gym franchise. At the end of the episode, Shapiro -- who grew up in Los Angeles, not Alabama -- rips off his outer clothes and is wearing the unitard.

The episode also depicts Justice Brett Kavanaugh as a frat-boy drunk, an idiot. He counsels the president saying that to get what you want, you cry "until the tears make such a huge puddle it won't be clear if it's tears or pee." He adds, "Everyone will be afraid to ask, so they'll just take whiffs to see if they can smell pee. Once they're sure it's not pee, they'll be so grateful you'll get exactly what you want from them."

When conservatives march on Washington to rally against their critics, cartoon Anderson Cooper announces: "Conservatives from all over the country have gathered in Washington to fight for the rights of Republicans. Or, said another way, the president has hosted a white power rally. The grand wizard is about to speak." Then the assembled conservatives sing: "Why do we fight?/ To protect the lives of rich men who are white/ so Rush Limbaugh can sleep sound at night." They continue: "This is why we fight for proud boys and alt-rights/ for rich white men and rich white men's wives."

In the "truish" vision of Colbert & Co., all conservatives are racist fanatics who already have "all the money and all the power," as Treasury Secretary Steven Mnuchin snapped in the show. If that were the slightest bit true, that the right has all the power, would this cartoon exist?