Abortion Is Sacred in Hollywood

Brent Bozell and Tim Graham
|
Posted: Jun 07, 2019 12:01 AM
Share   Tweet
The opinions expressed by columnists are their own and do not necessarily represent the views of Townhall.com. 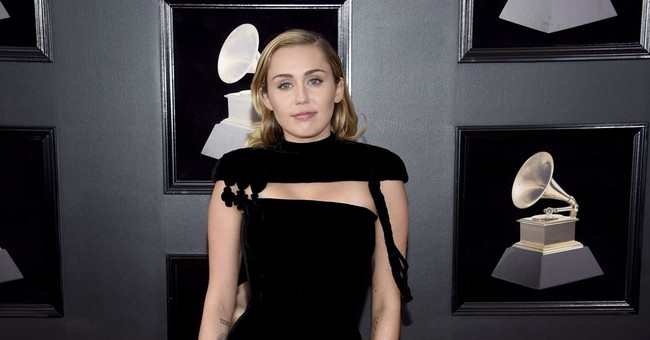 In recent years, generous tax credits have brought a wave of Hollywood productions to Georgia. Then the state legislature passed, and the governor signed a very protective pro-life bill. The reaction was furious. How can the will of the people stand?

Network reporters, all aligned with movie and TV studios, pronounced that their conscientious corporate overlords might forgo the tax breaks to show their support for untrammeled abortion, even though there is no demand from their shareholders -- their owners -- that they do any such thing.

None of these major media companies felt any anger or angst when the state of New York did just the opposite in January, passing a bill that would allow abortions up to birth -- and allow non-doctors to perform them. These leftist networks barely noticed the bill was passed and signed by Gov. Andrew Cuomo as legislators cheered ... because that's the kind of America they want, in all 50 states.

But now power players in Hollywood have rushed to the ramparts of Georgia. Peter Chernin, who worked for Rupert Murdoch for decades, announced a campaign to raise $15 million for the American Civil Liberties Union to fight any abortion restrictions in Georgia and other red states. ACLU boss Anthony Romero gushed to CNN, "Peter Chernin's leadership in Hollywood has been critical to sounding the alarm among industry leaders."

Chernin, like the typical self-interested Hollywood executive, wants the tax benefits and an overturned pro-life bill.

David Simon, the creator of "The Wire" and other TV shows, said he would boycott Georgia and that Hollywood "must undertake production where the rights of all citizens remain intact." In Tinseltown's utopia, unborn babies do not have the right to remain intact.

Miley Cyrus, so far removed from her teenage Disney Channel days, not to mention taste, was pictured licking a round white cake with the sides covered with rainbow sprinkles that read "ABORTION IS HEALTH CARE."

George Orwell, call your bakery. Perhaps there should have been a disclosure saying that "no bakers were harmed in the creation of this cake."

There were some terrific tweets about this picture. LifeNews.com was amazed, saying, "The irony of @MileyCyrus using a birthday cake to promote abortions when abortions deny babies a birthday."

Ben Sixsmith wrote, "It's interesting how the right to kill the unborn is advertised with such neotenous aesthetics. Children get in the way of adults behaving like children." ("Neotenous" is a $10 Bill Buckley word for "juvenile.")

A tweet from the fashion brand Marc Jacobs features Cyrus topless in jeans holding two grapefruits in front of her breasts. That was part of the design of a hooded sweatshirt by Marc Jacobs that says, "Don't F--- With My Freedom." It's a lyric in her new single called ... "Mother's Daughter." The lyrics that follow aren't on the shirt: "I'm nasty, I'm evil / Must be something in the water or that I'm my mother's daughter."

All proceeds from the hoodie sales go to Planned Parenthood. One hoodie costs $175.

Cyrus was a fervent backer of Hillary Clinton's presidential campaign in 2016 and runs a nonprofit called the Happy Hippie Foundation, whose stated mission is "to rally young people to fight injustice facing homeless youth, LGBTQ youth and other vulnerable populations."

Isn't it amazing that the left is so fixated on feminist ideology and consequence-free sex that it cannot see the unborn babies as the most "vulnerable population" in America? Unborn babies are not merely dehumanized in abortion activism. They are not even an afterthought. They are literally and metaphorically obliterated.