Brent Bozell and Tim Graham
|
Posted: Sep 07, 2016 12:01 AM
Share   Tweet
The opinions expressed by columnists are their own and do not necessarily represent the views of Townhall.com. 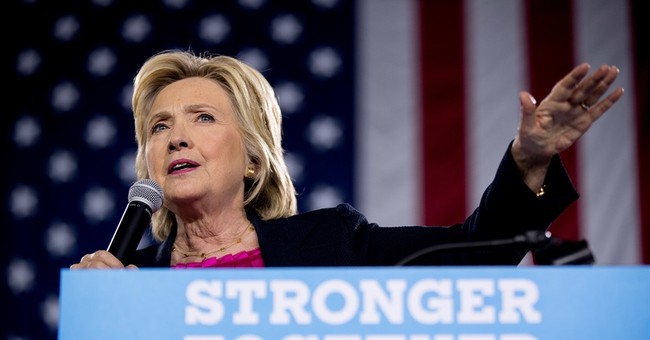 NBC "Meet the Press" host Chuck Todd began his pundit-panel segment on Sept. 4 by remarking: "Nobody cares about the damn emails. That's what Bernie Sanders famously said. I couldn't believe when I looked at the time stamp, October of 2015. ...We are now at September of 2016. Somebody cares about them."

Apparently the political director at NBC News isn't in that "somebody" camp. When it comes to Clinton scandals, he has what Donald Trump calls "low energy."

The latest CNN poll showed an honesty number that would really ruin a journalist's day. When asked whether Clinton or Trump is more trustworthy, 50 percent of voters picked Trump, and only 35 percent chose Clinton. Do the math. Over a quarter of her own voters find her deceitful!

You'd never know it watching NBC. After Todd grilled vice president candidate Mike Pence that same day about Trump releasing his tax returns, Todd asked the panel, "Don't you want to know if your president is going to use his presidency to enrich himself or not?"

Trump, yes. Clinton, not so much.

What were the Clintons doing during her tenure as secretary of state, and during these months of the promise of a second Clinton presidency? They released their tax returns. It's all there, in black and white. They enriched themselves for access. They peddled their influence to the highest bidder. One education magnate even paid former President Bill Clinton more than $17.6 million as "honorary chancellor." They've raked in enough tens of millions of dollars to make a Third World potentate green with envy.

And yet, a week before that, when he was interviewing former Obama campaign manager David Plouffe, Todd didn't talk about the Clintons enriching themselves. He asked Plouffe, "Why wasn't there thought of former president Bill Clinton stepping down from the (Clinton) Foundation eight years ago?"

That's easy -- because no one in the media would ever make such a demand of who NBC has presented as America's "royal family." NBC News was also a player in the enrich-the-Clintons sweepstakes, hiring their daughter, Chelsea Clinton, for $600,000 per year to be what we could call an "honorary journalist" on prime-time TV. (Quick. Tell us what she did to deserve that salary.)

In the same vein, Hillary Clinton's media defenders are cheering that she's holding little gaggles on her press plane, as if that puts all her problems to rest. Clinton has made it her top talking point that Trump doesn't have the temperament to be president. But her very long and definitive record of lying and obfuscating and hammering cellphones to delete her scandals demands that the media question her temperament. But they won't. She expects to be honored and obeyed like a tyrant, not questioned like the leader of a democracy. And they will comply.

But then, the media's general lack of interest in Clinton scandals also shows that most journalists have a "temperament" problem. They present themselves to the public as ornery, nonpartisan watchdogs, but in reality they're the aggressively obsequious partisans that swoon over Clinton when she buys a burrito. Is it any wonder that trust in the media is so low?