Brent Bozell and Tim Graham
|
Posted: Mar 25, 2016 12:01 AM
Share   Tweet
The opinions expressed by columnists are their own and do not necessarily represent the views of Townhall.com. 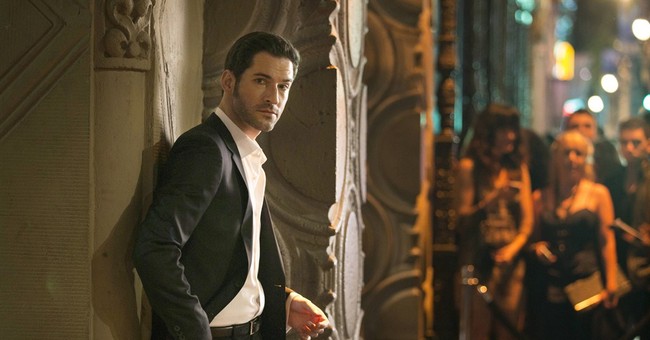 To Catholics, the week before Easter is Holy Week, a time to prepare for the most special feast day of the year: celebrating the resurrection of Christ. To Hollywood, it is a time to flog the Catholic Church with vicious portrayals of corruption and hypocrisy.

Hollywood insists that its products reflect a market demand. But there is no market demand for this. It is Hollywood, and only Hollywood, that wishes to vocalize its bigotry toward Catholics.

This year, there are entire shows that mock God and Catholics on a weekly basis. On Tuesday, ABC's announcer actually told viewers, "It's Easter Week. Celebrate with Tuesday's new hit comedy, next," referencing "The Real O'Neal's."

The show mocks an imperfect Catholic family coming to grips with their gay son named Jimmy. In this week's episode, Jimmy borrows his uptight mother's computer and looks up gay pornography sites. The computer freezes and he's stuck with a "pornado" of graphic images. In other words, they're your average Catholic family -- as viewed by Hollywood.

On Monday night, two shows went to town on the Catholic priesthood and the Vatican. In the new Fox show called "Lucifer," Satan himself is the main character. He's bored with his life in hell, so he decides to move to Los Angeles and becomes involved in helping the Los Angeles Police Department solve murders. In one episode, Lucifer sneakily climbs into the priest's side of a church confessional and listens to a rich married woman confess her lustful thoughts toward her limousine driver. Lucifer tells her to embrace her lust and then come back to be forgiven.

Also in this episode, a priest he calls "Padre Pederast," who was suspected of killing a youth drug counselor, is found innocent. But Lucifer finds another way to offend the faithful: He brings the priest to a nightclub with exotic dancers. Not just exotic dancers, but exotic dancers dressed as nuns. It's what priests do -- as viewed by Hollywood.

NBC wins the prize for the nastiest anti-Catholic show. Their end-of-the-world comedy "You, Me, and the Apocalypse" centers around Earth's citizens learning that an eight-mile wide meteor is headed toward Earth. One character named Father Jude (played by Rob Lowe) has broken his vows of celibacy to marry a nun, and is losing faith in his superiors.

The government sends a missile called Operation Saviour to destroy the meteor. Meanwhile, Father Jude is summoned before a tribunal of cardinals and asked about finding a "contingency messiah" from a list of false prophets. Another priest begs him: "The people need hope. We promised them a Messiah. So we must give them one. Whether we believe in him or not is inconsequential." Hearing this, Father Jude leans even more toward leaving the priesthood. In a plot twist, he's found hanging in his office. We're left wondering, did he commit the mortal sin of suicide? Or, was he murdered by the most powerful Vatican officials? Some "comedy."

Then came Wednesday's episode of "Law and Order: SVU." The commercials claimed that the episode would be "ripped from the headlines, a sex scandal of the highest order." It would be the one everyone's talking about.

The cops discover that the auxiliary bishop of New York is a crime boss running a large sex trafficking ring that grooms -- here we go -- vulnerable Catholic schoolgirls for prostitution. A nun and two girls end up being murdered. A priest, who is also the school's guidance counselor, testifies in court that he was blackmailed by the monsignor; he was forced to recruit girls for the bishop's sex parties, otherwise the monsignor would expose him for having a past homosexual relationship and participating in S&M activities. At episode's end, the bishop/crime boss escapes as the Vatican sends him to an island off the coast of Chile for "rehabilitation."

All of these episodes were purposely shown during Holy Week by anti-Catholic bigots. But they're cowards; they don't even have the guts publicly to admit it.