Obama Gets Testy in Turkey With the Press 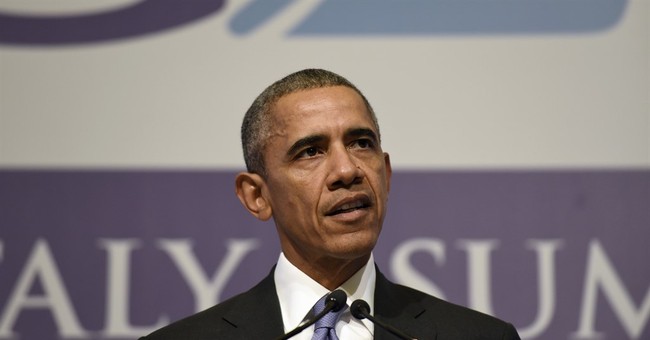 After seven years of media adoration, President Obama was stunned and prickly. At a press conference in Antalya, Turkey, American reporters kept asking him why he was declaring his anti-ISIS strategy was working, when clearly it isn't. NBC's Chuck Todd found Obama "extremely defensive and almost not yet realizing that many of the reporters in that room, they're channeling the public in this case."

For seven years, we've watched the White House press corps channel Obama back to Obama. But this time, on the heels of the Paris massacre, they were in a state of disbelief at this man's surly, arrogant, petulant performance.

He shot back at CNN's Jim Acosta: "Well, Jim, I just spent the last three questions answering that very question, so I don't know what more you want me to add."

Acosta had asked Obama "why can't we take out these bastards?" He was echoing what all of America -- including most of those in the room -- was asking. In Obama's rambling answers, there was a seemingly deliberate pointlessness.

When we had our 9/11, we watched the world rally around us. France has just had its own version of 9/11. Americans want to rally around France, and are wondering why our commander in chief continues to dither. The news media know it. In return, Obama testily insists over and over again that his policy against ISIS is working, when everybody knows it's not.

Obama's answers to the press were insulting. The first three lasted more than 25 minutes in total. It was less a press conference than an intermittent -- and boring -- speech, which showed contempt to reporters, who only got six questions in. He seemed to be filibustering the media.

It went so badly for Obama that CNN anchor Christiane Amanpour -- a woman who almost glowed on late-night TV in 2008 describing her first vote "making history" with the first black president -- stood outside in Paris telling a worldwide audience Obama isn't to be believed.

"He said something that was pretty incredible -- according to many of the military experts here and around the world who I've spoken to -- that our strategy is working. People do not believe that to be the case, she said. "He's saying that ISIS is contained. This also is -- is not actually true. ISIS is not contained, because ISIS attacked a Russian plane, attacked Beirut, and has now attacked here. ... They are not contained. They have just slaughtered 129 people in Paris."

This day was stunning, because the media, after many years of servility, grew tired with Obama's sense of superiority.

The media lost its patience, and it was refreshing. That's not to say they ran out of patience. Time will tell if the press will finally get down to the business of journalism or return to the cheerleading -- even if the home team is getting crushed.

But for one moment, after a terrorist bloodbath, the media elite strongly and repeatedly told the president that he can't just have policy meetings and say he's accomplished something. When terrorism rears its ugly head, you either confront it, or you don't. You can't defeat it with eight-minute answers to reporters. It is time to get off politics and address policy, serious life-and-death policy.

This president is a pathological narcissist. For one day, the media saw it and did their job.