Why Do We Love Profanity? 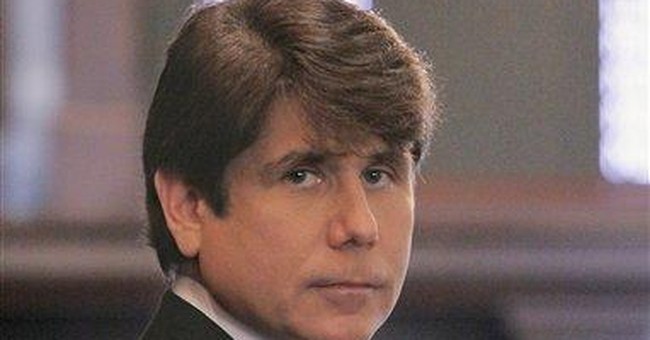 McKay Hatch is a 15-year-old boy from South Pasadena, Calif., who people clearly hate. He's received over 60,000 negative e-mails, most of them vicious, some including death threats that have spawned police and FBI investigations. What has this boy done that's caused such anger? Was he caught dealing drugs? Did he rage? Did he kill? No. He started a No Cussing Club.

And for that he is vilified. Hatch says some people are going out of their way to curse him at school, on the Internet and on the phone. They send him pornographic magazine subscriptions. Not long ago, someone ordered $2,000 worth of pizza delivered to Hatch's house. Then came the death threats.

Brent Hatch, the teenager's father, told reporters one death threat in particular crossed the line. "I was at the hospital with my wife, and we were visiting family, and some guy had called on my cell phone said, 'I know you you're gone, you're not there. I'm in front of your house, and I'm going to kill your family.'"

If the purveyors of profanity think that cussing is so harmless, why are some of them so unbelievably hostile to anyone suggesting a voluntary ban on the bleeps?

McKay Hatch isn't buckling. "It's really scary, because people are calling us all night," he says. "Sometimes we have to unplug the phone. You know, at first it was really kind of scary, but they're just bullies, and they want you to be scared. And so I'm not gonna let them win." His No Cussing Club now boasts 20,000 members.

Let me repeat something here. This boy is 15 years old. He didn't just stumble into activism. It's a family mission. McKay's parents are authors of a book titled "Raising a G-Rated Family in an X-Rated World." Profanity wasn't allowed at home. Hatch says none of his friends in elementary school ever swore, but when they got to middle school, "everyone started cussing," he says. "The reason it bothered me the most is because it was something they were using every other word, kind of like the word 'the.' They kept using it and using it."

Hatch suggests that instead of cuss words, his school friends could use alternative exclamations when frustrations inevitably occur. He told Jay Leno his favorite was "pickles," but he also suggests "barnacles" and "sassafras." He even has a rap-music video on YouTube where he and some friends walk to the beat down the street in their orange club T-shirts and chant, "Don't Cuss." It's severely at odds with the kind of language that usually permeates rap videos.

Sadly, most of popular culture seems headed in the opposite direction. Bubble-headed pop princess Britney Spears, desperate to stay in the spotlight after years of embarrassments and humiliations, has a new single coming out called "If You Seek Amy." If that doesn't spell trouble, then pay a little more attention to Britney's snappy lyric, as she claims, "All of the boys and all of the girls are begging to If You Seek Amy." This lyric doesn't make any grammatical sense, until you read it phonetically. She's spelling out the F-bomb.

Britney's now casting herself as the new Tila Tequila, the latest MTV temptress so fetching that she's a poster girl for bisexual incontinence.

Parents in Australia were the first to complain, and now American radio stations are hearing the din from activists warning that the "Amy" song would violate the broadcast indecency law if aired between the hours of 6 a.m. and 10 p.m. But radio stations are picking it up anyway. It's hit No. 92 on the Billboard Hot 100 chart. Jive Records is already boasting there's been more than 100,000 digital downloads of the song. It's the third release off the new Britney disc, appropriately titled "Circus."

For more skittish programmers, a Jive-edited version of the song excises the "k" from "Seek," leaving the audience with "If You See Amy" (leaving a misspelled F-bomb). Some inventive disc jockeys are throwing their own names over the "Me," so for instance when the chorus plays, it'll go "All of the boys and all of the girls are begging to if you seek George." And people think saying "pickles" like a cuss word is lame.

Record companies and radio stations don't seem to make business decisions that imagine parents driving with young children in the car with the radio on. Or maybe that's exactly what they have in mind. If it's shocking and offensive enough, it will be a great sales and publicity vehicle.

The No Cussing Club has quite a challenge in front of it. It's an X-rated world, indeed.