Life On the Straight Edge 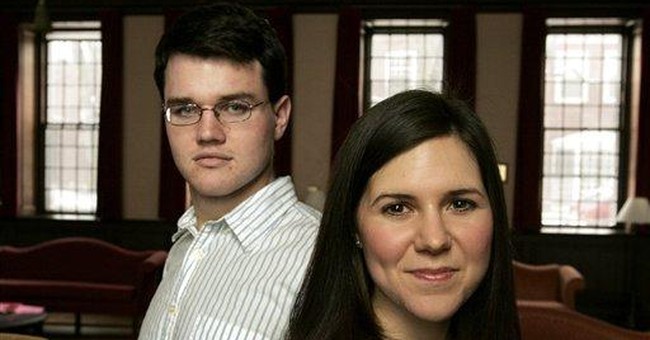 The Hartford Courant recently reported on a somewhat shocking teenage contrast. Picture a band of boys calling themselves "Society in Ruins" playing thrash-metal music so loudly it would make your ears bleed. But the teen rockers also have committed themselves to what's called the "Straight Edge" lifestyle of no drugs and no alcohol during high school. Courant writer Teresa Pelham reported the teenage rockers don't have a formal pact, "just an understanding that there will be no pressure, at least from each other, to drink or try drugs."

The term "Straight Edge" is inspired by the 1980s punk band Minor Threat, during a time when drug abuse marked punk-rock culture. "It's a very quiet, very personal movement in our school," explained Ed Manfredi, health and wellness director of the public schools in Farmington, Conn. "It's not like the kids who take abstinence pledges; who are usually very vocal about it. It's more of an attitude among friends."

This lifestyle is inspired by a program at Farmington High School called FOCUS (Focus on Communities Understanding Substance Abuse). The target is peer pressure, and a major part of that pressure is an assumption -- often fostered by teens and even pessimistic parents and media outlets -- that everyone's misbehaving. That perception, however, is wrong. An anonymous survey of 1,400 Farmington students in grades 8 to 12 found that "everyone" is not doing drugs or drinking alcohol.

Pelham, the reporter on this story, remembered her own teenage years a few decades before in rural Connecticut, and wondered if her classmates also overestimated the drinking and drug use among their peers. She remembered the most notorious drinking binges of her peers, "but just as the media plays up the bad stuff, so does the teenage rumor mill."

FOCUS tries to discourage teen alcohol and drug use by having the oldest students speak to younger students about how a wild chemical lifestyle doesn't have to be part of the high school experience. "Knowing that I'm not the only one that wants to have a drug-free life makes it easier," said one of the punk rockers, recently turned 16.

Stories like this come to mind when the topic turns to sex education. From the teenage rumor mill to pessimistic parents, experts and media outlets, the expectation is that everyone in high school is going to have sex. Why wouldn't it make sense to apply the same principle, seeking to reduce the level of peer pressure and insist that illicit sex doesn't have to be part of the high-school experience? Our health experts eagerly discourage teen drinking or drug use. Why do they seem to have a real problem with people who would discourage teenage sex?

The "comprehensive sex education" lobby is now hoping to defund the growing federal effort this decade toward abstinence education. They're putting out "new" studies of surveys taken in the 1990s to suggest sexual abstinence pledges are "useless." One researcher at Johns Hopkins University complained that promoting the pledges gives a "false sense of security, and energy could be better spent in education," he says. "It is time to stop spending money on these useless programs and funnel it into safer-sex counseling."

Instead of talking kids out of sex, the experts express the need to talk them into bed, or the back seat of a car. Sex therapist Laura Berman appeared on NBC to claim that what high-school students really need to learn is "how to negotiate for condom use" and "troubleshooting" when sexual situations inevitably occur.

But would experts like Berman really want to take that Theory of Inevitability and apply it to teenage drinking or drunk driving? Or drug use? Or smoking? Would she insist our children need filters on their marijuana cigarettes, or tools like "how to negotiate with pushers"?

Whether it's teenage sex or substance abuse, adults need to set a tone in schools that at the very least tells children that not "everybody" engages in risky immoral behavior, and not "everybody" should be expected to engage in it or be a social outcast. Children don't always greet that message with rolled eyes. They often greet it with relief.