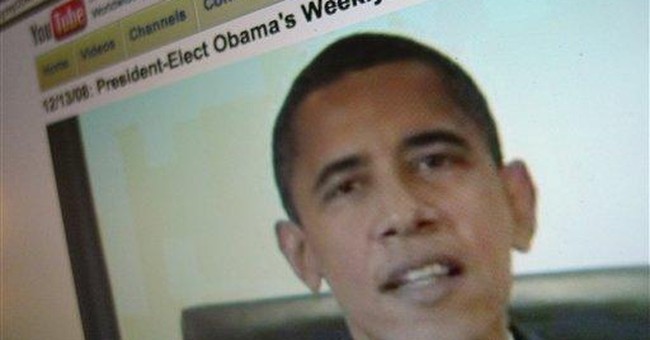 Even in economically troubled times, Christmas is still a prime opportunity for children to be showered with the latest in electronic gadgetry, from iPods to laptops. For decades, parents have worried about children wandering into the scariest corners of television. But with new technologies come a lot of new and even scarier trails to follow.

Imagine a young teen with a new laptop, and add YouTube, now owned by Google, which performs 63 percent of the world's Internet searches. It's not a farfetched thought: Nearly half of boys and a third of girls ages 13-17 name YouTube as one of their top three favorite websites. The volume of videos posted on YouTube is mind-boggling. Google estimates that 13 hours of content are uploaded every minute.

What's being posted for the youngster to watch? YouTube users can flag a video if they think it violates YouTube's community guidelines, which prohibit sexually explicit videos, graphic violence and hate speech. But how can monitors keep up with a 13 new hours of video a minute?

Parents might rest easy. A young girl will probably make safe searches, like for Hannah Montana. That search gives you safe videos -- but also advertising links that would worry any responsible parent. Right now on YouTube, a Hannah Montana search gives you an ad that says "Miss Horrorfest III: The Hottest Submissions So Far! Watch the Incredible Semi-Finalists." One click later, that girl will be watching an intense set of bloody horror-movie clips.

What does "Horrorfest III" have to do with Hannah Montana? Aren't the links a search generates supposed to match the search term? That's often true. But the "Horrorfest III" ad comes up for searches for almost anything, from the Washington Redskins to "Lord of the Rings" to Brent Bozell (maybe I deserve it). That would also include searches for other Disney kid stars, from the Jonas Brothers to "High School Musical" actors Zac Efron and Vanessa Hudgens.

That raises an entirely new question: What if a child goes to YouTube looking for graphic sexual material? They're going to find it. A random search for "sex" will give you a long list of videos. One search found a video from Playboy, with a buxom blonde Playmate discussing the latest research on the alleged correlation between hand size and penis size. YouTube's monitors leave this alone, since it has no graphic sexual imagery. That Playmate video in turn links to Playboy's own YouTube channel, where it currently stores 322 Playboy videos.

The promotional video there features actress and Playboy regular Carmen Electra discussing her latest photo shoot for the Playboy cover. As she poses provocatively, she says, "I feel a little bit shy taking it all off again, but it's been really fun. I like it." Click on the juiciest-sounding clips, and there's a message saying, "This video or group may contain content that is inappropriate for some users, as flagged by YouTube's user community." Users then would have to register their e-mails and claim they're 18 or older, an easy hurdle for a devious teen.

But the porn-site operators are posting often enough with videos that don't cross YouTube's lines, but carry their own website addresses -- from "40 Inch Plus" to "Jitterville" -- to lure viewers away to the raunch. YouTube is a very effective gateway to hard-edged pornography for new fans -- even junior-high fans.

In its first analysis of online media, the Parents Television Council found the 20 highest-ranked YouTube videos from each of the site's most popular search terms yielded graphic and adult-themed content. Take Li'l Wayne, one of the hottest rappers, nominated for eight Grammy awards: 98 percent of the videos analyzed in a Li'l Wayne search did not raise any hurdle of age limitation, although 50 percent of the videos associated with the rapper featured verbalized expletives, including several variations of the F-bomb, and explicit references to human anatomy -- like Wayne's call for loving on his song "Lollipop."

As more people find video entertainment outside the television set, the old struggles over indecency are going to look quaint. The worry that children are going to stumble into shocking and disturbing content they're not ready to see will only grow. The Bush-era FCC couldn't do much to restrain the small universe of video producers in broadcast TV. There's no room for optimism that parents could construct a dam to prevent a deluge of sleaze in 13 hours of video uploads each minute on YouTube.