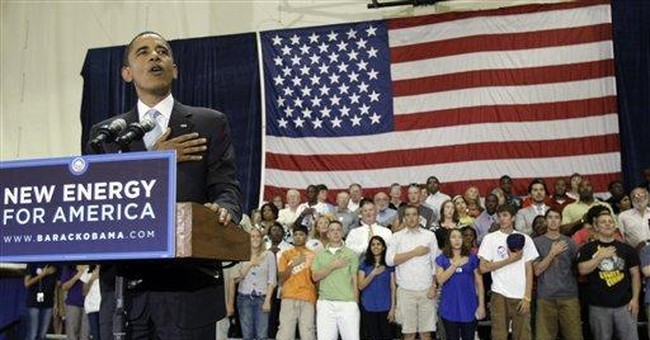 At a screening of a forthcoming HBO documentary honoring liberal journalist Helen Thomas in Washington, Thomas was asked whether most White House reporters are liberal. "Hell, no!" she thundered. "I'm dying to find another liberal to open their mouths [sic]. Where are they?"

Is this Grande Dame of Journalism serious? The answer, of course, is yes. Since Ms. Thoms is dying to find vocal liberals in the news media, the least we can do is point her in the right direction.

ABC's Claire Shipman says the taxpayers, not the politicians, should sacrifice to close the budget deficit: "If every American were to pitch in $2,000, we could pay off this year's deficit. Or, if we handed over, each of us, 500 gallons of gasoline or, in terms we could all really understand, if every American gave up 666 lattes for a year, we could pay off this year's deficit." ... Dan Rather predicts Big Oil will try to manipulate the election for John McCain: "The people who can affect the price of oil would prefer a Republican presidential candidate. Watch the price of oil. If it goes down, which it may very well, it could help John McCain quite a bit." ? The Associated Press swoons: "It's not only Obama's youth, eloquence and energy that have stolen hearts across the Atlantic. Obama has raised expectations of a chance for the nation to redeem itself in the role that Europe has loved, respected and relied upon." ... CBS's Mark Phillips melts in Berlin: "The 200,000-plus crowd confirmed his rock star status, and his more cooperative sounding rhetoric was what the crowd wanted to hear." ... Alessandra Stanley of the New York Times rejects charges of pro-Obama bias with this doozy: "Mr. Obama's weeklong tour of war zones and foreign capitals is noteworthy because it is so unusual to see a presidential candidate act so presidential overseas."

On "Meet the Press," NBC's Tom Brokaw prods Al Gore: "How can you, given the passion that you feel about this issue, turn down the idea that you could be in the administration as a vice president or as an energy czar or as both?" ... With a straight face, retiring New York Times reporter Linda Greenhouse claims, "President Clinton played to the center, not the left, in selecting Ruth Bader Ginsburg and Stephen G. Breyer." ... NBC labels the late Jesse Helms an "outspoken ultra-rightist," but waxed about Howard Metzenbaum as a "populist" who "always fought for the little guy."

NBC's Matt Lauer presses Barack Obama -- as not liberal enough, quoting hotheads at the New York Times: "Sen. Obama is not just tacking gently toward the center. He's lurching right when it suits him, he's zigging with the kind of reckless abandon that's guaranteed to cause disillusion, if not whiplash." ... New polls from battleground states delight MSNBC's Chris Matthews: "I'm thrilled with this. Obama's strength in the Northeast, the West Coast and the Great Lakes."

CBS's Katie Couric sees bias now: "However you feel about her politics, I feel that Sen. Clinton received some of the most unfair, hostile coverage I've ever seen." And Time's former Washington Bureau Chief Margaret Carlson pens, "If there's anything we need to rescue us from the last eight years, it's brains, good judgment and experience. Obama has the first two. Gore has all three."

NBC's Lee Cowan waxes, "In victory and in defeat Michelle Obama had always been there, dressed as brightly as her husband's smile." In reference to John McCain's wife Cindy, New York Times reporter Alessandra Stanley writes: "As the Equal Rights Amendment faded as a cause and conservatism made a comeback, Republican spouses became ever more careful to stay three steps behind their men and the times."

Former ABC reporter Linda Douglass, now an Obama spokesperson, reveals the obvious: "I have fundamental differences with John McCain on the issues and always have. I don't have any problem criticizing John McCain." AP reporter Charles Babington cheers: "Obama is something special, a man who makes difficult tasks look easy, who seems to touch millions of diverse people with a message of hope that somehow doesn't sound Pollyannaish."? Conservative columnist Bob Novak tells it like it is: "I've been covering presidential campaigns since 1960. I have always said I have never seen the media as much entranced by a candidate than when they were in my very first campaign, in 1960, when they were for JFK. But I'm telling you right now, the enchantment with Obama beats the JFK syndrome."

But Helen Thomas, the so-called Dean of the White House press corps, doesn't know any liberals in the news media.