Abortion Has Infiltrated the Private Sector – But Who Do They Think They’re Appealing To?

Brenna Lewis
|
Posted: Jul 02, 2019 12:00 AM
Share   Tweet
The opinions expressed by columnists are their own and do not necessarily represent the views of Townhall.com. 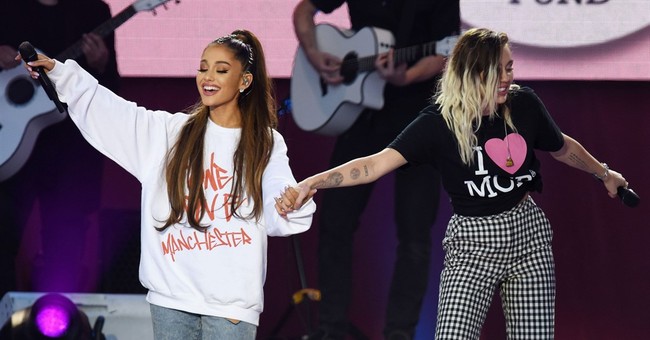 Miley Cyrus is licking abortion cakes, Ariana Grande is donating entire concert proceeds to the country’s largest abortion vendor, and Busy Philipps can’t figure out in court if babies born alive have the right to stay that way. And former Disney stars selling their souls to Planned Parenthood is really just the tip of the iceberg. No one’s especially surprised when celebrities tie [insert morally dubious cause here] bricks to their ankles and jump into the pool of public opinion. That’s just what they do to get some attention. The bigger question is: how do we feel about giant corporations diving into the mix and bullying the public?

Just last month, over 273 companies signed on to an open letter professing their support for abortion and disdain for states passing limitations, saying pro-life laws are “bad for business.” On top of that, gargantuan film companies like Warner and Disney (among others) made a big stink about boycotting Georgia following their Heartbeat Bill, despite decades of generous film-related tax breaks provided by the Peach State.

These tantrums are an interesting turn of events for Americans who disagree with abortion but also enjoy the freedoms afforded by the First Amendment. Private companies and figures are completely within their right to parade their beliefs, even if their attitude towards babies is awful and gross. So no, there’s no illegal activity (at surface level, anyway), but one also has to wonder who exactly they're trying to impress with this pro-abortion dance.

According to a poll carried out by Students for Life of America, only 7% of Millennials agree with the Democratic Party’s official platform on abortion, which is exactly what is being espoused by pop culture right now. Large-scale polls are showing an increase in pro-life opinion. In other words, the reality of their platform (not the pretty semantics of what’s written down on paper) isn’t even in the same stratosphere as the “average” American’s abortion views.

So it seems this segment of the pro-abortion private sector has fabricated an imaginary American who’s down for killing full-term babies and forcing taxpayers to pay for it. Or they’re just showboating for their other friends in the entertainment industry and the media.

Arkansas Senator Tom Cotton delivered remarks recently criticizing this new fad of big business threats and it was really on point. One of his more astute observations was that since the abortion lobby has lost control of the judiciary, they’ve shifted their focus to pop culture. Which, honestly, is a much more morally upright strategy, even if it’s really annoying. At least they can’t use the federal government to club us to death with their abortion fanaticism... currently, anyway.

Cotton observed, “What should never happen is billion-dollar corporations trying to dictate these moral questions to us. Politically correct CEOs shouldn’t be in the business of threatening normal Americans. But that’s exactly what we’ve seen lately. The loudest objections to these pro-life laws haven’t come from the “bottom up”-from normal citizens who happen to disagree with one another-but from the “top down”: from cultural elites, and increasingly from giant corporations who wield their economic power as a weapon to punish the American people for daring to challenge their pro-abortion extremism.”

Americans are tired of being smacked in the face with pro-abortion messaging everywhere we turn – TV shows, New York Times stories, movies, celebrity tweets. Places that used to be fun but are now a weapon to sell us on the lie that abortion is good for women and for society in general. This type of echo chamber situation may even be the only explanation for how disconnected Hollywood and these 273+ CEOs are with how actual citizens feel about killing the preborn.

Abortion is “popular” right now. Not the literal act of terminating children, but the issue itself is on the front page everywhere as states like Georgia, Louisiana, Missouri, and Alabama pass abortion limits. Hollywood got on board as a publicity stunt (and because they enjoy yelling and pretending people care about their political views). Democrats then assumed celebrities dictate public opinion, which is a very shaky bet, at best. And they just proceeded to fuel each other until they spiraled out of control, with the average American standing nearby, watching with popcorn.

No data or tangible number suggests that abortion on demand, for all nine months, using any barbaric method, for any reason, and paid for by taxpayers is the opinion of the majority. In fact, in Slate magazine, journalist William Saletan noted that that “recent polls debunk much of what progressives believe.” But that doesn’t stop a politically powerful and well-connected machinery from using everything from music, to entertainment to political talk shows to push their narrative of wide spread support for ending life in the womb.

And all of these public figures and businesses are apparently going to have to discover the hard way that this publicity stunt isn’t going to yield much return for them … if not today, than perhaps in the ballot box.

Brenna Lewis is online editor for Students for Life of America