A Poll to Set the Record Straight in Georgia 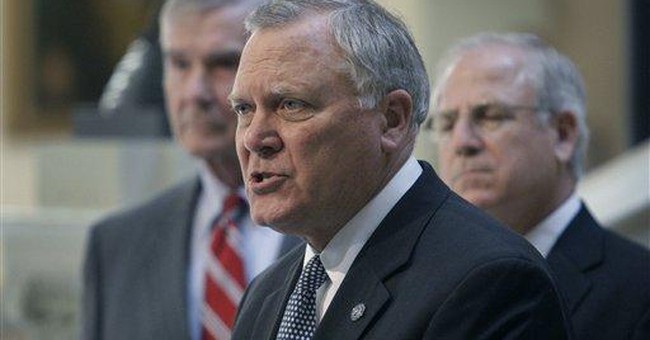 At long last, there’s a bit of sanity coming out of a Georgia poll.

A survey released this week by InsiderAdvantage/Fox 5 says Governor Nathan Deal enjoys a wide lead in his bid for re-election. He doubles the support of Democratic state Senator Jason Carter, also the grandson of a certain former president, 44-22 percent.

That tally represents a stark contrast to the narrative that’s repeatedly been pushed by national forces eager to see purple streaks hit the state far sooner than most expect.

MSNBC’s Chris Hayes declared a “liberal movement is brewing in the Peach State.” Public Policy Polling rolled out poll after poll showing Carter was running neck and neck with Deal, and much the same with Michelle Nunn’s chances of claiming a Senate seat for Harry Reid.

Yet all of that was flawed logic.

PPP’s gamed polls offered no measurable proof. Between August and October of 2013, they’d have you believe Georgia’s electoral composition was altered to the tune of near-double digits, and all for the purpose of pushing the red state gone blue storyline in 2014. Onlookers who criticized a survey showing Nunn up 6 over three of her would-be GOP competitors are validated by today’s results.

Though the Senate contest wasn’t included in the poll, it’s highly unlikely that the same audience that gave Deal a 22 percentage point lead over Cater would do enough of a 180 to put a different Democrat in the lead, or dangerously close striking distance for that matter.

To be fair, a gap that wide is highly unlikely to hold over the course of the coming year, as evidenced by Deal not cracking 50 percent in this survey.

Carter will probably raise enough money to burn a wet mule, and he doesn’t have even token primary opposition to make him come off the warchest until then. His last name is Carter, amounting to a double-edged sword in a state like Georgia, but he also doesn’t carry the baggage of former Governor Roy Barnes (Deal’s 2010 opponent), so it’s possible he’ll run better than him.

Yet that hardly means an upset is in the cards.

A separate poll conducted late last year, and not testing head to head contests, placed Deal’s personal favorability at 54 percent and the Republican-dominated General Assembly at 47 percent. That’s compared to 42 percent for President Obama and 11 percent for Congress.

That’s to say nothing of Obamacare. A third of respondents in yet another survey said they felt it’d worsen the quality of healthcare, and 47 percent said they expected to be paying more thanks to the unpopular law.

Carter’s walked a tightrope on the issue, calling it a “mess” but simultaneously advocating for expanding the state’s Medicaid rolls. No matter how much he spins, though, it’s remarkably unlikely that he’ll be able to draw the distance needed from president, party, and policies to actually score a win.

Democrats are great at wasting our money in Washington; I’m ok with them wasting some of their own in Georgia.