2014, the Georgia GOP, and Millennial Voters 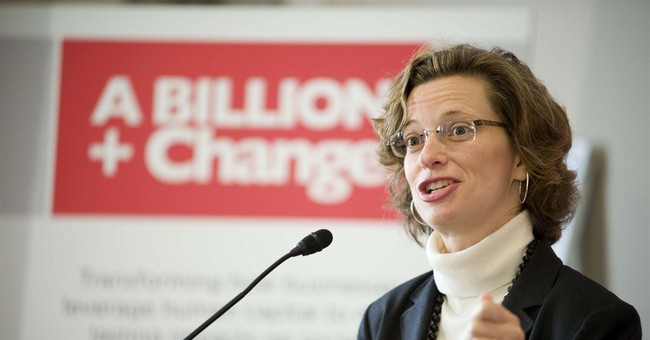 If 2014 is a trial run for Georgia Democrats eager to regain statewide relevance, it should also serve as one for Peach State GOPers in the seemingly quixotic quest to win the youth vote.

With most assuming he’d pass at least until 2018, state Senator Jason Carter’s defying the conventional wisdom and entering an erstwhile sleepy gubernatorial contest has provided Senate hopeful Michelle Nunn a top-ticket slate and completed awakening for what would’ve been a ho-hum cycle of Peach State politics.

Though the odds of one or both first-time statewide candidates succeeding remain long, the time for complacency on the part of Republicans has passed.

Crucial investments are vital to the party’s long-term prospects, beginning with a firm foundation amongst young voters.

The state’s College Republicans arm logged more hours than any other in 2010, with the same efforts necessary and likely in place for the coming cycle.

Beyond that lies the chance for party and candidates alike to cast crystal-clear contrasts with Democrats, centered on a message of economic growth and boundless opportunity.

Though it’s seemed a white whale in cycles past, one need only look at the success of both Ken Cuccinelli and Chris Christie with the 18-24 year old set. Virginia’s AG stunned onlookers and carried their votes by six percentage points while the likely 2016 hopeful in New Jersey similarly tallied in the high 40s.

If it can happen there, why not Georgia, a state far more advantageous to Republicans and one with political activism from young Republicans embedded in its political soil?

One piece of such an effort lies with That 70’s Show slate their counterparts have staked their hopes on.

Neither a Carter nor Nunn have occupied statewide office at the same time since 1975, with Jimmy Carter jumping from the Governor’s Mansion to landslide presidential defeat in 1980, solidifying a GOP hold on much of the South in presidential contests.

Sam Nunn, meanwhile, has maintained positive numbers in the state but was last spotted on an electoral ballot in 1990 and Michelle Nunn’s campaign coffers have been filled by the likes of Howard Dean and Jane Fonda, out of touch products of a bygone era of national Democrats.

Such optics are ripe for painting a picture of Democrats nostalgic for past glories, yet it’s the policies where hope rightfully springs eternal for GOPers and Georgia’s next generation.

The drivers of its victory were a cluster of Atlanta-area counties that cast ballots for President Obama and carry a hefty portion of the demographic changes onlookers insist will bring purple political streaks to the state.

Though a small number of Democrats joined Republicans in backing the measure, Carter stood in the headlights, firmly opposed.

In much the same vein he bucked 2011 reforms to the cherished HOPE Scholarship program, a move meant to curtail hemorrhaging of the lottery funds providing tuition coverage for high-achieving students.

State House Democrats joined Republicans in backing the plan, yet Carter was chief opponent in the state Senate, launching a statewide pandering tour calling for income capping a scholarship meant to reward students for achievement.

Shirking tough decisions and forward progress on educational opportunities for the next generation are hardly hallmarks of earning their support.

At the federal level, Obamacare’s disastrous rollout and overall policy flaws are serving to severely disadvantage young Americans, cajoling them into footing the bill for a flawed government program rather than real choice and opportunity.

All of which amounts to two pillars in a Democratic policy playbook riddled with failure, serving as chief points of contrast with Georgia Republicans in 2014.

Behind the times education posturing and botched government healthcare mandates should justly be contrasted with a driving vision of economic growth, opportunity, and policies that enable the American Dream, not more government.

It’s a populist, positive message that’s proven itself a winner with young voters when handled and marketed properly. For Georgia Republicans, continuing a new trend is vital to the long-term future, and it starts with 2014.