Brad Slager
|
Posted: Apr 30, 2022 12:01 AM
Share   Tweet
The opinions expressed by columnists are their own and do not necessarily represent the views of Townhall.com. 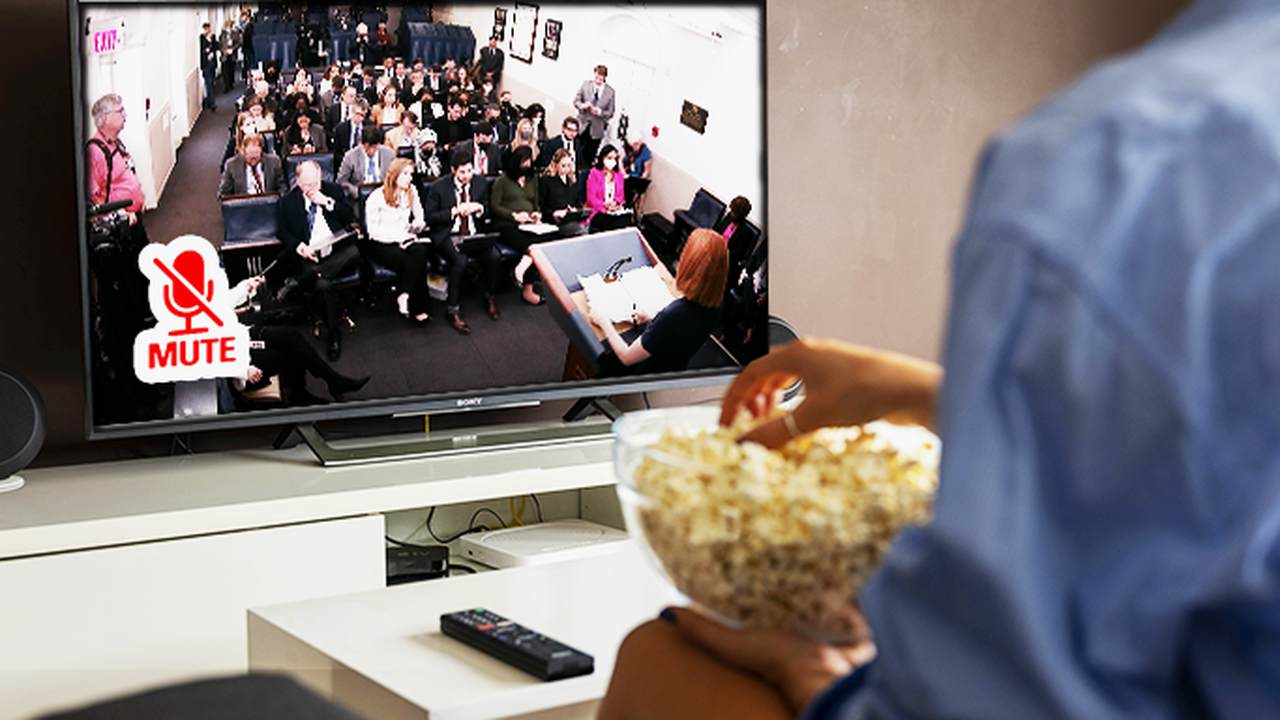 In a piece that is equal parts pathetic and humorous, Politico details the plight that today's reporters plying their trade in the White House Press Briefing Room are facing. In short, it is really hard to become distinguished while covering the Biden administration – in long, this is due to their unwillingness to cover the Biden administration.

Based on what is reported, this is an admission that they just adore these people too much. Amazingly/amusingly, much of the story about reporters speaks to the reporters on the condition of anonymity. This is probably for the better, as any professional should be embarrassed for saying this quote:

- "'Jen [Psaki] is very good at her job, which is unfortunate,' one reporter who has covered the past two administrations from the room said. 'And the work is a lot less rewarding, because you're no longer saving democracy from Sean Spicer and his Men's Wearhouse suit. Jawing with Jen just makes you look like an asshole.'"

For White House Correspondents dinner weekend, I wrote about how Biden made the White House celebrity reporter disappearhttps://t.co/FrvTTlytAO

It does not matter your position on Marjorie Taylor Greene, there is no way to frame this exchange between her and CNN peacock Jim Acosta where he comes off looking good.

Abilio Acosta attempted an ambush interview with MTG outside of the congressional building, but wisely the Georgia representative had her own people recording the exchange.

As Acosta attempts to pin her down as pushing for martial law during the January 6 fracas Greene, to her credit, was having none of it. After refusing to play into his gotcha premise, she demands he pull up her text message that he is referencing and then, as he reads the text, attempts to level an accusation based on only the first half of the text.

No matter your opinion of the Georgia politician, there is no way Acosta comes off looking well in the exchange.

How dumb is @Acosta?

He got owned...by MTG. Think about that for a second. https://t.co/ryHCYIiZvc

The Elon Musk purchase of Twitter does not even have to lead to any significant changes to be considered a success. The revealing reactions seen across the press over the past few weeks have been more than enough already.

As an example of the imbalanced reactions, after Musk posted a simple image with stick figures to explain his position on things, the WaPo editors sent their toothless piranha Philip Bump to correct the record. On a tweet.

Bump contests Elon's position that he posted regarding his own views. This is how sensitive the press complex of this country has become.

"Democracy dies in a meme" needs to be on the WaPo masthead.

When Sam Stein raised a question about Vice President Kamala Harris taking the Pfizer vaccine, many media members were uncomfortable with the story, but there was a way to avoid the core of the issue: Stein addressed her only as "Kamala," so they could get outraged over this as a way of deflecting from the facts.

One of those resorting to this pathetic dodge was David Lytle. In so doing, he opened himself up to similar scorn. As the maxim goes, "There's always a tweet…"

One of the lamer behaviors seen from the press with the arrival of the Bidens has been the insistence that they are an elevated class of people, compared to the prior White House occupants, absent anything of tangible proof. Note how Dr. Professor First Lady Jill Biden earned a Vogue Magazine feature spread soon after the inaugural, something the previous first lady was not granted, despite being an actual fashion model.

All of this foisting of fabulousness is not translating to public adulation, however. Nestled in that Politico piece mentioned at the top was this little nugget of information; a recent fawning biography courtesy of the press has not been embraced by the book-buying populace.

-  "NPD BookScan, which tracks book sales in the U.S., said that prominent books about Trump released in his first two years of office outsold Biden books during his first year and a half by, what an official there said was, 'essentially 10:1.' A newly released biography about Jill Biden, by two well-respected Associated Press journalists, sold just 250 units in its first week, according to the company."