Brad Slager
|
Posted: Apr 08, 2022 7:10 PM
Share   Tweet
The opinions expressed by columnists are their own and do not necessarily represent the views of Townhall.com. 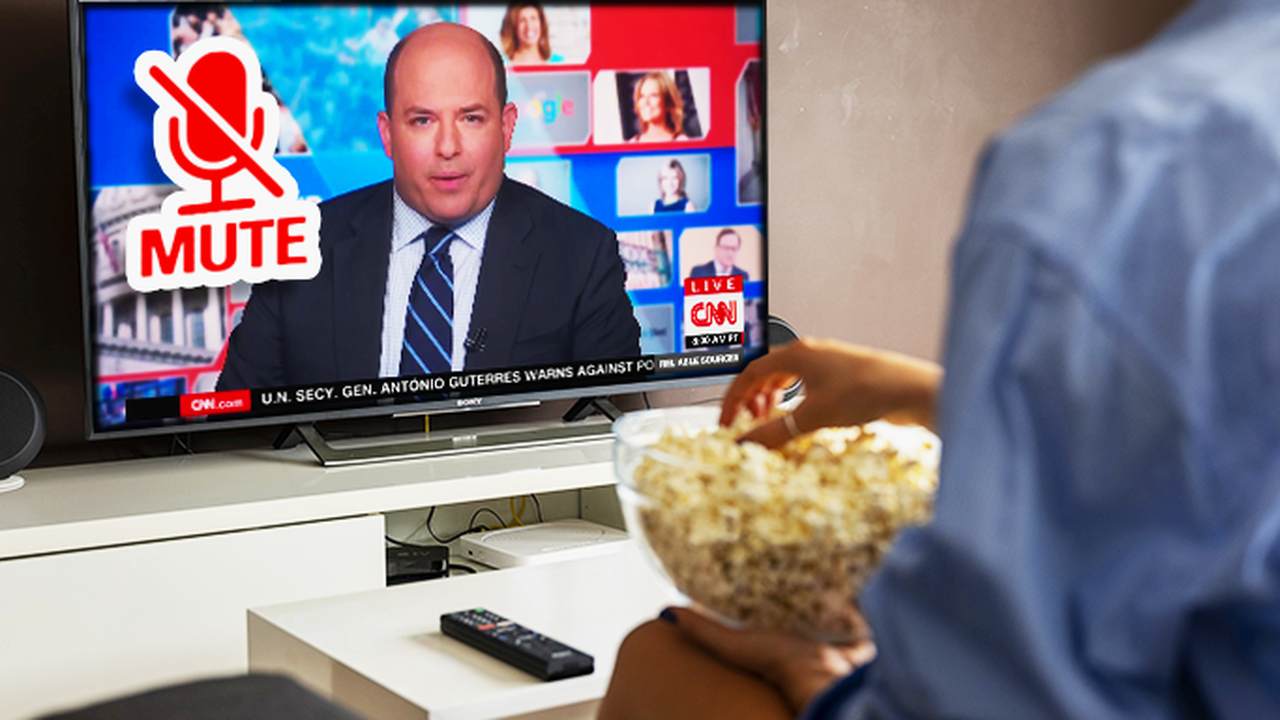 Axios is in the process of holding their What's Next Summit, and there has been a lot of buzz around an interview Jonathan Swan conducted with Senator Mitch McConnell. (View some of that here.) There were some tough questions, and undoubtedly Swan is receiving accolades because he went after a Republican. After all, we saw quite the polar opposite reaction when questions were asked about Ketanji Brown Jackson's judicial record.

Brian Stelter was among those deeply impressed by Swan's interview. Let's just say his approach is rather…curious.

Brian Stelter after seeing Mitch McConnell get grilled during an onstage interview.
1/2 pic.twitter.com/lOZWoV0oVm

We say curious here because it almost sounds as if Brian is critical of those practically swooning over their subjects as they serve up frothy Q&As. In other words, critical of himself.

The water carriers for Biden are hard at it again, this time tossing up the deflector shields regarding the Supreme Court confirmation. It seems the verifiers at PolitiFact are rather bothered by those deflating the celebration of Ketanji Brown Jackson by suggesting that a GOP selection for the Court had been a previous POC female contender. Wellllll…PolitiFact is having none of that!

Janice Rogers Brown, a Black woman, was never nominated to the Supreme Court. She was considered a potential contender to replace the first woman on the Supreme Court, Sandra Day O’Connor, when O’Connor retired in 2006. https://t.co/tz1AE4butR pic.twitter.com/7TQa6yzhmG

Now, technically, yes – this is correct. Brown was never actually nominated. The issue here is that PolitiFact has to soften the reality that President George Bush, at the time, was told Brown was certain to be filibustered and never allowed to face a confirmation, thus the FALSE rating. The person stating this filibuster likely seems rather pertinent to the whole coverage. Maybe this should carry a new rating of HALF-A-FACT CHECK.

Hi Politi"fact", you left out the part where Biden threatened to filibuster Janice Rogers Brown (whose name he couldn't even get right) if nominated. https://t.co/c5wgBhpvE5 pic.twitter.com/N90HnJlvrK

This is a bit of a revealing piece by Jerusalem Demsas as she looks into some of the bold predictions made during the pandemic that did not pan out. There were some broad boasts made that fell not just short but were non-existent. A favorite was the widely reported prediction that there would be a wave of females dropping out of the workforce, even though the study it was based upon showed that nearly as many males displayed the same tendency.

What is most revealing here is how these were not just firm studies but fully embraced by the press, and as a result, the flawed findings were also driving political policy. Take the example of a wave of promised evictions and the resulting government payouts and the moratorium that resulted.

The other factor to consider is that as error-prone as these reports are, they were delivered at a time when questioning such things was completely unallowed. If you raised doubts, your comments were not permitted and could lead to a social media punishment.

In my first for @TheAtlantic I look back at some of the predicted catastrophes that weren't. (Thread)https://t.co/kG4HeAKRTt

We are fully aware that Media Matters is a tool of the Democrats. What is always the surprising aspect is how many journalists still rely upon them as a source, especially when they come up with something this daft. Making it all the more special is the children lashing out at a respected name in journalism like Catherine Herridge.

For MMFA to claim the Hunter Biden laptop is a completely fabricated story means that they are essentially contesting that it has been confirmed as legitimate by The New York Times, Washington Post, Politico, National Public Radio, and numerous other outlets.

Oh…and the Department of Justice would be interested to learn they are investigating a false story, as well.

NEW: CBS News let a former Fox News personality promote a fake, Republican-driven scandal from when Joe Biden wasn’t even in office. This comes on the heels of the network hiring Trump's former chief of staff as a contributor. https://t.co/YUBrMuNngN

Philip Bump has some statistical data and colored charts to look into the divide in this nation regarding the media consumption of Americans, and he sees the problem. The demographical analysis supposedly shows that Democrats get their news from a wider variety of sources than Republicans, and this explains problems in our society, it seems.

- "Democrats divide their attention between multiple sources of news far more than do Republicans. This is the main reason that Fox consistently leads in the ratings. It's not because Americans trust it (it trails most other national outlets); it's because Republicans often rely on it to the exclusion of other sources."

Of course, there is a finer point in this that is being missed. (No real surprise; this is Philip Bump, after all.) The recent flap over the Florida Parental Rights law has exposed just how uniform the broader media complex is when it comes to political viewpoints. Note just how many news outlets had the same approach – mischaracterizing the Florida law as the "Don't Say Gay" bill. You could read two dozen news outlets, but if they are all incorrect in using this term, the reader is not more educated on the matter but less.

YouGov released new polling about where Americans get their news and who they trust for it. If you ever wanted to see what a news bubble looks like, I have a graph for you. https://t.co/RxDLschzJx