Brad Slager
|
Posted: Jan 04, 2022 7:00 PM
Share   Tweet
The opinions expressed by columnists are their own and do not necessarily represent the views of Townhall.com. 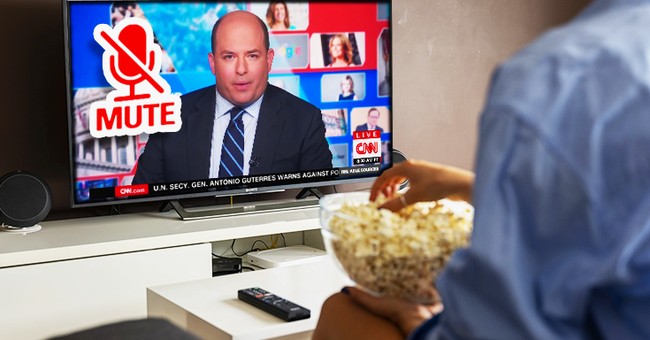 In my daily column covering the press and the numerous means and methods they use to contort the news narratives, I organize their actions with a number of categories. The wealth of content they provide is tough to keep straight at times, but the task is made easier using some tactics the press deplores; namely recording, and research.

There was quite a bit of mayhem from the press last year so organizing the chaos is a task, but one made easier by a basic motivator – it is rather enjoyable scorching their smug attitudes. So to display the various ways the journalists and news outlets committed media malpractice throughout 2021, we will award the worst performances seen from the "Riffed From the Headlines" column this past year. The nadir of the industry follows…

DOXXIC EMASCU-LINITY - The press was remarkably comfortable with the practice of going after citizens for daring to hold views in opposition to their preferred narratives.

- During the tempestuous Dereck Chauvin trial – the Minneapolis officer who kicked off the violent months of riots across the country in 2020 – the Star Tribune thought it newsworthy to publish detailed bios of the jurors.

- In March, a raucous Spring Break on a pandemic-open Miami Beach led to many in the press becoming aghast to see so many young people gathering, and doing so maskless. One character emerged – a youth adorned in makeup like The Joker – so The Daily Beast saw fit to expose who they called a COVID-truther.

- With another trial rife with racial tensions, NBC News was caught trying to expose the jury overseeing the Kyle Rittenhouse court case. A stringer was pulled over tailing the anonymous bus carrying the members, admitting on body-cam he was sent to track them down by producers.

- When Jared Schmeck dared have fun at the expense of President Biden on a Christmas phone call by invoking, "Let's Go, Brandon," the press sprung into action to expose him and pressure his employer.

WINNER: Jason Nguyen ABC4 News – When a data leak showed a Utah firefighter donated to the crowdfunding account of Kyle Rittenhouse the local news station revealed his name and sent a reporter to his home. The investigator could not get anyone at the residence to explain things to him – regarding the $10 donation.

PATHOLOGICAL MEDIA AMNESIA - There may be no better way to show the lack of a foundation in the facts than seeing journalists contradicting their own previous strident positions based on party affiliations in a story.

- Jim Acosta gave a lecture to aspiring foreign journalists, advising them to be humble. Seriously.

- During Super Bowl week, author Jamie Goodall wrote in the Washington Post about the problematics of Tampa Bay having a mascot that is a buccaneer. As she wrote that, "There is danger in romanticizing ruthless cutthroats who created a crisis in world trade. These were men (and women) who willingly participated in murder, torture and the brutal enslavement of Africans and Indigenous peoples," she seemed to forget her own romanticizing of these nefarious characters with her own pirate tattoo.

- Jake Tapper declared he would no longer book election deniers on his program. He frequently had spoken with Stacey Abrams to allow her to spew her contention she lost in a stolen election.

- Writing in the Los Angeles Times, columnist John Healy joined the chorus of journalists who seemed to overlook Democrats setting the record for filibuster use in 2020, and this year are upset that the GOP senators can use it. He wrote, "Remind Me Why We Need the Filibuster," and was promptly reminded that it was HE who called for the Democrats to keep the filibuster in place when they were out of power.

WINNER: Monica Alba, NBC News – While covering the airlifts out of Afghanistan, Alba mentions that the visual comparison to Saigon is something Republicans have seized on in their messaging. That supposed affront was mostly blunted by the fact that Alba herself made the very same comparison, just 15 seconds earlier in the same report.

NBC Nightly News whined that Republicans "have seized on" the "optical comparison" between Biden's disaster in Kabul and the Saigon airlift. pic.twitter.com/6J30EqMfHh

GLOSSARY OVER THINGS - The need of the media to dramatize is evident when they feel they have to cook up new phrases and terms in order to punch up their reports.

- The Washington Post announced they updated their style guide to have writers use the term pregnant individuals in order to be more inclusive and not to offend pregnant non-females.

- While these are really strained efforts across the nominees, perhaps none are so desperate as Politico. They attempt to drum up a new pandemic emotion, one linked to seeing vaccine opponents becoming sick, calling it "Vaxenfreude."

- As the college football season was in full swing and stadiums were at full capacity, many in the press were outraged that people were enjoying freedoms. On CNN, they brought in a doctor to bemoan the gathering, intoning how grave it was that people would be Exhaling With Vigor in close groups.

WINNER: CBS News – When outbreaks of Covid hit parts of Texas we were delivered the dramatic news that hospitals were getting busy. However, we get the sense they were not quite as impacted as expected, because we were told not that some places required patients to wait a few hours before being treated, but they had to wait Thousands Of Minutes.

BLUE-ANON - It is rather amusing to watch as the press corps that spent so much of the year condemning the conspiracies supposedly followed by the right were the same press participants pushing their own crackpot theories.

- At MSNBC, Mehdi Hasan was outraged over a family that was murdered. He, of course, blames Donald Trump for stoking anti-Muslim hate, even though Trump was not in office, nor was he the leader of Canada, where the crime took place.

- On CNN's morning show "New Day," John Avlon just loves reporting on Qanon. He actually follows the pronouncements more than most people…while accusing others of following them. Huh. He revealed in one episode how Qanon infects the Republican Party – by speaking to a lone individual, who made baseless claims, from Australia.

- Outraged swirled through the gameshow universe when a returning contestant on "Jeopardy!" flashed a white power hand gesture on camera. That he held up three fingers to indicate how many times he won was rather obvious, and more so when the press later scrambled to say Joe Biden did NOT flash the offensive gesture during his town hall appearance but was, in fact, flashing a number himself.

- Recall how often the press calls conspiracy followers nuts, as you now learn how many in the press entertained the idea that at last year's CPAC convention the stage was designed after a Nazi symbol.

WINNER: VARIOUS – For weeks, we were promised that the Justice For January 6 rally in D.C. was going to be the arrival of the next violent event from the election deniers. Then barely anybody showed. Look over this list of the dire promises from numerous outlets, and then the follow-up coverage shifting 180 degrees. THEN recall, one month later, leftist protestors stormed a federal building in D.C., wounding police, and the press completely ignored the story.

FIRST AMENDMENT STRIKE FORCE – It is a spectacle to behold, that those in the journalism industry that is upheld by the 1A are so eager to deny that right to others.

- TikTok removed a video by the Media Research Center. It was about Big Tech censorship.

- Recently, there was a big pushback in the press about the opposition to Critical Race Theory in schools, claiming some parents were trying to block certain texts from their children's classrooms and doing so was basically book burning. This same press complex seemed just fine earlier in the year when the call went out to have certain books by Dr. Seuss banned for being offensive.

- In the deepest of ironies, CNN's Brian Stelter reported on China shutting down a number of journalism outlets in Hong Kong, calling the moves a chilling effect on freedoms of the press. Funny enough, Brian – and his Boy Wonder Oliver Darcy – felt no such chill as they both pushed to have Fox News, OANN, and Newsmax removed from cable and satellite providers.

- The social media site Parler was de-platformed by Amazon Cloud Services, after claims the site fostered the attacks on the Capitol in January. The ironies are this followed years of conservatives being told if they claimed to be censored on Twitter and Facebook they should start their own platform. It also defied news later revealed that Parler executives had properly notified the FBI of troubling posts and that far more planning took place on Facebook and Twitter.

WINNER: President Trump Deplatformed – All that needs to be said here is that various social media outlets banned the president under the claim that he could possibly foster violent actions. Meanwhile, the demonstrably violent Taliban terrorist organization has active accounts to this day.