Following Two Misbegotten Conflicts, Is it Possible the Moderator for the Next Presidential Debate Is Even Worse?

Brad Slager
|
Posted: Oct 10, 2020 12:01 AM
Share   Tweet
The opinions expressed by columnists are their own and do not necessarily represent the views of Townhall.com. 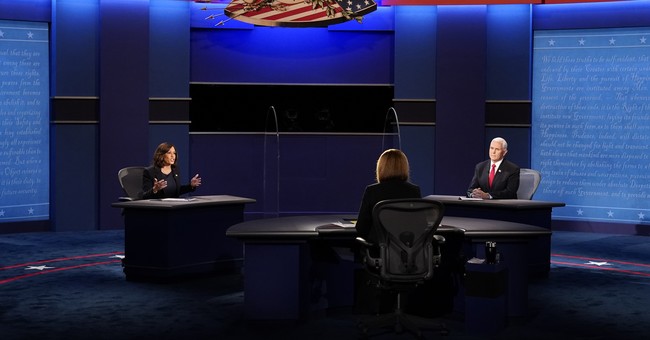 Up to now we have endured a pair of debates between the candidates running for the White House and the results have been anything but encouraging. The fractured messaging and distemper on display have been expected, but when looking at those who were in command of these contests there has been both concern and disappointment. Now there is a possibility it might become worse, that is if the next conflict scheduled for Miami happens to take place.

After long weeks of speculation the lid-happy Joe Biden actually managed to attend the first presidential debate against Donald Trump, and it was an off the rails mess of an event. That night was filled with petulance, anger, interruptions, and contentious comments throughout. However, as much as everyone seems in agreement it was a fiasco and an embarrassment, neither of the candidates seemed to come off looking as bad as moderator Chris Wallace. Aside from having a complete lack of control, Wallace was combative, asked loaded questions, and seemed so in opposition to the president that Trump even commented it was as if he were debating two people that evening.

This week we were presented with a far more civil debate between the vice presidential candidates, but that civil affair would largely be credited to VP Mike Pence. It was clear that at times Kamala Harris was off her game as her normal attempts at being emotional and histrionic were diffused by the unflappably low-key demeanor of the vice president; Pence was such a calm presence that he could have made a person taking Ambien appear to have attention deficit disorder. That is not to say that Harris also received her share of help from the front desk.

The moderator for the VP debate was Susan Page, and while she managed to exhibit far better control over the setting she was also regarded as tipping her hand with favoritism towards Harris. Susan seemed far more militant with the time for Pence remarks and more lenient with Harris. By the end those measuring for time have noted that the senator came away with notably more minutes of speaking time. This is hardly a surprising result considering Ms. Page has an upcoming biography she wrote on Nancy Pelosi.

Yet as unimaginable it might feel there could be an even more biased name set for the podium in the next presidential debate. Set to take place in Miami, the second debate was set for this coming week, but that has been thrown into limbo with Trump’s Covid diagnosis. Should the meeting play out it will be presided over by C-SPAN editor Steve Scully. While many might regard a moderator from the D.C. broadcaster to be a fair selection there are a few eyebrow-raising elements to consider.

The first being that Scully is a longtime acquaintance of Joe Biden, both personally and professionally. Scully kicked off his political career as an intern with Joe Biden as a senator. He has also promoted editorials from harsh anti-Trump sources and has been known to post pictures of himself socializing with Biden. Much of this could have been attempted to be excused away, simply stating that Scully is a respected name and his work eclipses any perceived bias found in his resume, except for his most recent actions on social media.

In a display of possible ignorance as to how direct messages work, Scully appears to have openly petitioned for advice from one-time White House operative and current Trump opposition figure, Anthony Scarmucci. In a deleted tweet Scully asks him directly how he should respond to a comment made by the president.

Once he realized how bad the optics were for this type of exchange, just ahead of his assigned duties, Scully deleted his query directed to the man behind the anti-Trump outfit Right Side PAC. The blowback must have been intense because next Scully went so far as to shut down his account entirely. (He has since reinstated the account, with the tweet removed.)

The main issue on the radar for the moment is whether the Miami event will even take place. Joe Biden has called for a Covid-infected Trump to be dismissed entirely from the proceedings, the debate commission is commanding that a virtual contest be held, and President Trump has said he will not participate in a digital-style debate. With all of that drama aswirl Steve Scully may actually be rooting for a complete cancellation, so he manages to avoid getting dragged down to Wallace-Page levels of scorn as a result of his partisan activity.