'Everything Is Racist' Now Includes the Outdoors, Except the Accusers Are Exposing Their Own Racism

Brad Slager
|
Posted: Aug 19, 2020 12:01 AM
Share   Tweet
The opinions expressed by columnists are their own and do not necessarily represent the views of Townhall.com. 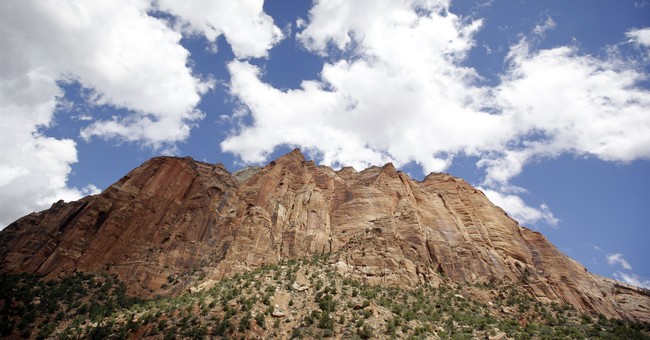 This practice in the media of journalists needing to find a racial problem in society is becoming more than comical; it is bordering on pathological. It feels like an internal memo went out declaring that every member of the press has to come up with at least one systemic racist example by a deadline. How else to explain the dolts who see racism in crosswalk signs, or declare that front lawns at homes are inspired by supremacy. They even declare there is racism within the robot community; somehow the bias towards skin color involves machines which do not have skin.

One of the  more ludicrous accusations is also one of the most revealing. There is a supposition out there that the practice of camping or even visiting the National Parks is rooted in an exclusionary system. More than an idle columnist dreaming up this theory, there have been a number of reports of this nature, detailing racism in nature. When providing the examples of what might be keeping the POC from visiting the national vistas you get some reflexive racism - from those leveling the charge.

ABC News dug into the issue and found that around three quarters of the people who visit national parks are white. They quote an individual from The Sierra Club who declared this was due to systemic racism. Here’s the catch; we never get that racist system illustrated. Our national parks are open to anyone. Nowhere are people turned away based on race. It will be tough to lay the blame on the Trump administration. Following years of President Obama encouraging people to go to parks President Trump appointed the first Latino to head the National Park Service.

And let’s not forget, Trump absorbed quite a bit of media heat for going to Mount Rushmore on the Fourth Of July.

When the piece eventually gets around to looking at the issue, transportation is one challenge cited, but there is also a cultural blockage -- it seems many who are classified as a minority are simply not as interested in going outdoors or visiting federal nature lands.

Twice as many black and Hispanic Americans said they don't know what to do in national parks than whites. When asked if they share the same interests as people who visit national parks, 34% of Black respondents and 27% of Hispanics said no, compared with only 11% of whites.

So rather than a nefarious racist force keeping the minority citizens away it sounds more like they just do not see the point in going. Is the solution then forced attendance in the name of affirmative action? Joining in the outrage the LA Times also got involved in the outdoors is racist controversy.

Rather than trying to find a system issue they blamed the racist outdoors on another problem -- it is too expensive. Moving past the easy solution, which is you do not elite label camping gear if you go to Wal-Mart and browse its extensive camping gear, there is the built-in assumption. If the LA Times wants to say cost is a challenge to the outdoor experience they are ones who are making the connection to race in this equation. It sounds as if the paper is assuming when ‘’too poor to camp’’ is mentioned that they automatically go to POC being denied.

This soft bigotry also completely misses a reality directly under their own noses. How does the LA Times stipulate that the poor cannot afford camping gear when the city of Los Angeles is beset by thousands who are living on the streets in camping gear and trailers? This kind of unintentional racism on this subject has been going on for years.

Another cause cited for keeping minorities away - the rangers look like cops. Yes, seriously. Says ABC News in its piece, "Park ranger uniforms that resemble what is worn by law enforcement are intimidating to some immigrants and minorities in light of documented cases of profiling.’’

When you say the park rangers resembling police or ICE authorities scare off the minorities, but do not affect whites, consider just what is being said. The suggestion that POC have a built-in guilt is an amazing implication.

This echoes speculation made during the Obama administration when it was suggested one thing keeping out some segments of the POC population was the rangers and their vehicles resembled too closely to Immigration Service officers. To arrive at this position you need to have the position that our parks, which are accessible to all citizens, are hatefully scaring off the illegal non-citizens, and this is inherently racist...somehow.

If anything is at issue here is that not as many POC have the interest and desire to go camping or engage in other similar park activities. If this is the case then instead of looking for an unseen evil and trying to assess a blame make the camping/outdoor experience more enticing to those not currently engaged in it. But there is something else not considered.

When you look at the demographics of attendance strictly and see an issue you are ignoring the absence of a negative act. The parks’ gates are open to all. Just because the percentages do not measure up to census figures does not mean something needs to be repaired. Citizens not doing something is not the same as citizens being denied something.

Some people are seeking out a problem, and they have an interest in fixing it. The issue, as indicated by the poll results they have shown, may be as simple as a number of POC do not have the interest in going to the park.