Column Hailed by Journalists Shows the Issues with Contemporary Journalism

Brad Slager
|
Posted: Jun 30, 2020 12:46 PM
Share   Tweet
The opinions expressed by columnists are their own and do not necessarily represent the views of Townhall.com. 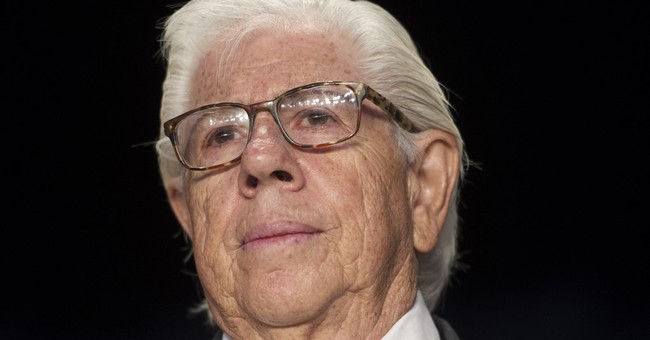 Carl Bernstein is an icon in the firmament of the news media. As part of the "Woodstein" duo at the Washington Post who broke open the Watergate scandal in the 1970s he is firmly placed in the Hall Of Fame of journalism, along with partner Bob Woodward, and rightly so. However what many in the press these days fail at is objectivity -- regarding both news items they report on as well as those who do the reporting.

Bernstein has a new column out about President Trump featured at CNN, and it has many in the media circles praising the work he has done. At first blush it looks like a piece with all the gravitas needed to earn praise. Carl calls out Donald Trump, laying into our president for behavior unbecoming while communicating with other foreign leaders. He gives us deep intel, backed by impressive sources in order to deliver a scathing rebuke to our leader who threatens significant damage on the nation.

But if one steps back, away from the nimbus of journalistic glory and looks over the piece objectively, we are left with a rather daft column bereft of true import and tainted with unsound journalism. Put another lesser reporter’s name on this and there would be none of the praise delivered by other media figures.

And on it went. You would think Carl just broke the next global-shifting scandal, except for numerous problems therein. Gliding by the fact that America’s preeminent journalist opens things with a 110 word run-on sentence, what he delivers as an overview is this: Trump is exactly as he is seen in public. Telling us essentially, "What you see is what you get" is hardly landmark reporting. The entire piece consists of those projecting the aspects of Trump’s personality we are all familiar with already.

Delving into the specifics of the matter, what we end up with from Bernstein is a remarkable lack of specifics. This allegedly "detailed account" provides the titles of numerous high ranking officials and invokes the names of a number of placed individuals, but none are on the record. Any quotes or accounts of the phone calls are second-hand or third-hand impressions, and that is all we get -- impressions of what took place.

Given these are by nature classified phone calls, what Bernstein is relying upon here is leaked classified intel. His ill-gotten content reflects the reticence of his sources to get too specific; all he offers us is people insisting, "Trust us, this stuff is bad!" The most detail he offers is Trump boasting his import to specific leaders and denigrating his predecessors. This likelihood is hardly surprising to anyone who has paid attention to the man the past five years...or ever, for that matter.

The grave intonations Carl offers sound chilling, and you are led to believe the very foundation of this country is threatened any time Trump picks up a phone. One such example was this passage:

"One person familiar with almost all the conversations with the leaders of Russia, Turkey, Canada, Australia and western Europe described the calls cumulatively as 'abominations' so grievous to US national security interests that if members of Congress heard from witnesses to the actual conversations or read the texts and contemporaneous notes, even many senior Republican members would no longer be able to retain confidence in the President."

This exposes the vacancy of this entire column. If what we are told is so fundamentally "grievous" to national security then why did none of these gravely concerned patriots do anything to save the nation? In another dose of using a named individual tangentially Bernstein writes, "In recent weeks, former chief of staff Kelly has mentioned the damaging impact of the President's calls on US national security to several individuals in private.’’

We are being led to believe that President Trump is rendering this nation every time he speaks with foreign allies. It is supposedly corroborated by nearly a dozen high-ranking officials, concerning years of this behavior, and this has taken place over the course of hundreds of phone calls. Yet with all of this mounting evidence none of these well-placed power brokers thought to take their testimony, or the transcripts, to members of Congress who can affect change.

But they do speak to Carl Bernstein.

An objective view of this piece would see that what we are delivered are the impressions of the sources, and not the actual named individuals. If these policy officials were as deeply concerned about the plight of the nation as Carl’s sources then action would have been taken, it is assumed. Look at the calls with Ukraine that warranted the impeachment hearings. This article supposedly cites far more grievous actions on Trump’s phone, and even predate the Ukraine calls, yet no action was taken? If these accounts are in any way accurate then these individuals are just as much accountable for their inaction.

But beyond these sources, delivering little more than Never-Trump-level palaver, Carl Bernstein undoes his own import on this matter. There is a lengthy section concerning the self-aggrandizing manner Trump interacts with Vladimir Putin, fitting just perfectly within all of the years of collusion presumptions we have been subjected to from the press. Except, to bolster this presentation, Bernstein relies upon a disproven news item early in his piece:

"These officials' concerns about the calls, and particularly Trump's deference to Putin, take on new resonance with reports the President may have learned in March that Russia had offered the Taliban bounties to kill US troops in Afghanistan."

For Bernstein to draw in this debunked item as proof means he has undermined his own central claim. He tells us that the "concerns" he lays out (not proof nor evidence mind you, but "concerns") are proven out by this bounty story. Now that the bounty story died faster than a hothouse flower in the Siberian tundra, so have Bernstein’s contentions. He failed to see this, however, in including it as character proof, and the fawning journalists raving about this column also missed that detail.

We are led to believe that an anonymously-sourced bit of hysteria is a ground-shaking act of journalism, and that the praise for all of the meticulous details is in any way accurate. The inability of journalists to see past the CARL BERNSTEIN byline and look over this piece with objective eyes speaks volumes about the decline of the industry in the decades since Bernstein rose to become a star journalist.