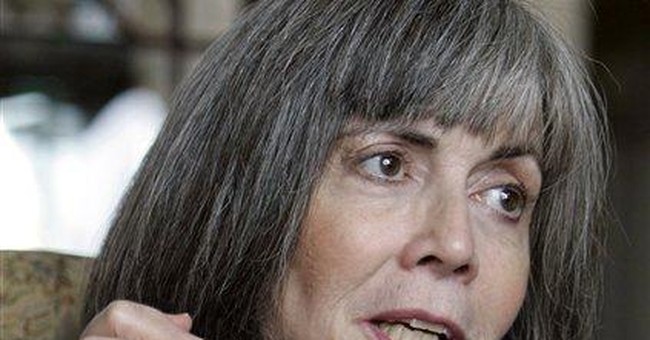 Now, Ms. Rice has again stunned the religious and literary world when she announced that she was “resigning from Christianity.” On July 29th she announced, “Today I quit being a Christian. I’m out.” There was immediate and intense speculation on what she meant by this shocking announcement. In looking deeper into her statements, it’s clear that she found herself fed up with organized religion. She clarified later that she was still deeply committed to Christ—just not Christianity and “the church.” From additional statements made by the author it seemed her attitudes towards the pressing social issues of the day were never in line with her church.

I do not know the heart of Anne Rice and would not dare try to analyze her spiritual condition. I can say this, however, when it comes to “religion” I’m with you, Anne! I have through the years developed a deep distaste for “religion.” A couple of fresh examples are rolling around in my head.

I just returned from a wonderful trip to the country of Moldova in Eastern Europe. It was my privilege to be the speaker for an incredible youth camp ministry. The camp is located deep in a remote area of the Moldovan countryside outside a village founded in the mid 1400s. For several years now, hundreds of young people come to this camp and have their lives transformed by the power of Christ. Kids hooked on drugs and sex are wonderfully delivered. Young people lost in a poverty-stricken culture find meaning and hope. Over the course of 17 years, over 22,000 young people have come to Christ! Now, who could oppose such a life-changing ministry? Answer—religion. Just up the road from this phenomenal youth camp is a regional center for a particular “Christian religion” and every year these “Christians” do all they can to hassle, harass and destroy the work going on at the camp.

One afternoon while I was at the camp a zealous group of young people decided to go into some of the nearby villages and tell people (in a non-threatening manner) about Jesus. They were so excited about what they had discovered that they simply wanted to tell others. As they began to share their faith—a local priest tried to run them over with his car and told them they should “all be killed.” Yes, Anne, I quit that kind of religion too!

On the return trip to America, I had an overnight layover in Vienna. It has got to be one of the most beautiful cities in the world with some of the most beautiful cathedrals in Europe. Although I had seen it before, I had to make a visit to St. Stephens Cathedral in the heart of the city. Standing for over 800 years, its architecture is truly breathtaking. When you enter you experience sensory overload: Stained glass, rich wood, gold. There are priceless works of art everywhere. You cannot help but stand in awe realizing that this structure was built without any modern technology or machinery. There are so many adjectives and superlatives that I could use to describe the visual spectacle that confronts you. It is beautiful, magnificent and opulent—but it is also dead. It is more museum than church—a relic of ritual and tradition, filled with tourists, empty of worshippers.

As I stood in the midst of the medieval grandeur I thought back a few days before to the rustic camp in a remote region of Eastern Europe’s poorest country … teenagers singing so loudly about their love for Christ that it could be heard for miles … singing, not in a cathedral, but an outdoor tabernacle. No stained glass, no walls, primitive benches made out of discarded chairs and lumber. A magnificent cathedral, a simple camp “tabernacle.” In St. Stephens we see a symbol of religion; in the Moldova camp a living testimony of the power of a personal relationship with Christ.

My decision didn’t make international headlines, but I resigned myself from religion a long time ago. But it’s not about religion. It really is about relationship.