Dancing on the Grave of the Church 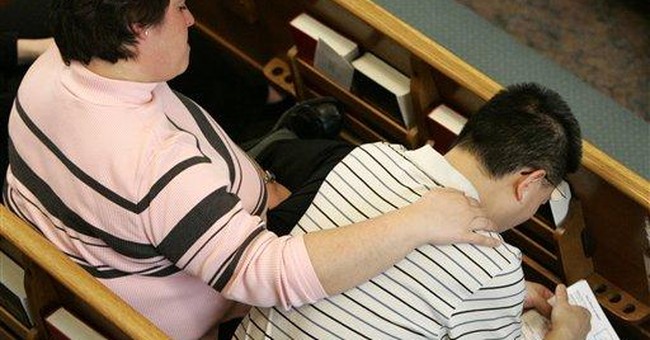 George Barna, the beloved Christian pollster, recently announced to the world in his book “Revolution” that the institutional church was dead. That was not a problem, however, because Barna also announced a “New Reformation” that would sweep our land. He promised that this was going to “amount to a Third Great Awakening in the United States, but with a very different look, feel and outcome than previous religious upheaval.”

According to Barna, the age of the local [read: institutional] church was dead and would be replaced by simple house churches and other non-traditional gatherings of believers. The book caused quite a stir in the evangelical world, but fortunately it was mostly ignored and Barna’s claims faded into obscurity. That was then. Like a bad horror movie (is there another kind?), “He’s back!” This time Barna is not only continuing his claim that the church is dead, he appears to be dancing on her grave.

Few people have done more for evangelical Christianity in the last 20 years than George Barna and his research organization. Month after month and year after year The Barna Group has provided vital research into religious trends across the American religious landscape. He has provided information that has been invaluable in analyzing the spiritual temperature of America. But something unfortunate has happened.

It is rare for an “objective” pollster to release the results of a poll wrapped in an extended   “commercial” for the pollster’s newest book. But this is what appears to be the case with Barna’s latest release. And probably not coincidentally, the poll results reinforce the conclusions of the new book (“Pagan Christianity?: Exploring the Roots of Our Christian Practices”). All the credibility that The Barna Group has worked so hard to establish now lies in the ashes of self-promotion.

The gist of the poll is that Americans are now embracing “various alternatives to a conventional church experience as being fully biblical.” Among the more startling results of the poll is that 89 percent of adults feel that an individual family worship time is just as biblical as corporate worship at a church. 75 percent believe a “house church” is valid and 69 percent feel watching a religious television program is just a biblical as attending a church.

Unlike most Barna polls, the wording is vague and somewhat misleading. There is no indication that those responding to the poll feel that these activities are to be to the exclusion of a local church experience, but that is the way the statistics are presented. Objectivity appears gone in favor of Barna’s personal biases. Read the poll and you come away with the conclusion that the local church is either dead or dying.

The “research” portion of the article at ends with the surprising number of pastors who are now embracing house churches. Indeed, Barna states that “two out of three pastors agreed that ‘house churches are legitimate Christian churches.’” (He adds that most of those pastors are from liberal, main-line denominations.) Barna then takes a swipe at those who disagree and implies that those pastors who do not support house churches are the ones making the big bucks from the institutional church. Where’s the objectivity evident in Barna’s past work?

Following the brief results of the latest poll, Barna then uses the results of the poll to hype his new book, “Pagan Christianity? Exploring the Roots of Our Christian Practices.” This is where things really get bizarre.

One of the more sensational claims of the new book is that most of what happens in your local church has “pagan” origins. For example, church buildings are “pagan.” Barna tells us that all of the early Christian churches met in homes. Proof? Well … everybody knows that.

The evidence is an argument from silence. Obviously the early churches began in homes because there was nothing else. It would be just as obvious that as thousands came to Christ homes would quickly have become too small. There is no biblical “proof” that only homes were used.

Another example: pulpits are “pagan.” According to Barna, all pulpits are “stagecraft borrowed from Greek culture.” (Has Barna not read Nehemiah 8:4 where we’re told that Ezra stood behind a “pulpit of wood” and expounded the Scriptures?)

And if the pulpit is “pagan” you can imagine what Barna thinks about the sermon. Yes, sermons are deemed “pagan” as well. Barna informs us that “preaching a sermon” came from “Greek sophists” of the late second century. I wonder what you would call it when Ezra expounded the Scripture, Moses declared the Law, Peter preached at Pentecost, Paul declared the truth on Mars Hill, etc.? Looks like a sermon, sounds like a sermon but Barna assures us that that the preaching of sermons has no place in today’s worship. (Given this, one wonders how Barna makes sense of biblical texts like Rom. 10:14-15.)

The list goes on and attacks most everything in the institutional church whether contemporary, traditional or progressive.

What has happened to George Barna and The Barna Group is anyone’s guess. We can only hope that his latest conclusions about the continued death of the Christian church will be ignored by the masses and he will do his dancing on the grave of the church—alone.